There are many young drivers with racing dreams out there, but only a select few will see these come true.  One such young gun who is beginning to see his NASCAR dream take shape is 24-year-old Daniel Hemric.

Currently in his rookie season with NASCAR’s Camping World Truck Series team NTS Motorsports, this Kannapolis, NC rising star set his sights high at a young age.  “While some kids started out in this sport by following in the footsteps of their parents or grandparents, I didn’t really have an opportunity like this,”  said Hemric.  “Fortunately, my family and I did have a tradition which I believed contributed to my desire to race, spending as many Sundays as possible watching Dale Earnhardt, Sr. race on the Sprint Cup level.”

After a year or two watching NASCAR Sprint Cup racing with his family, Hemric would be sliding Behind The Wheel of his first race machine when he was 5 years old. “My entire family seemed as excited as I was when I said that I wanted to go racing, so it wasn’t long before I had the opportunity to go go-kart racing,” said Hemric.

After competing at the 1/5-mile at Concord Speedway for a few years before moving up to Bandolero racing, Hemric was able to pick up 11 race wins as well as a track championship.

By the time he was of legal driving age, ‘Hotshoe Hemric’ was ready to move to the next level–Legend car racing. “Every time I had an opportunity to try a new challenge in racing I couldn’t wait,” said Hemric. “It is almost as if my feet would continue to walk me in the direction of my next challenge.”

After a short time competing in his No. 48 Legend car at Charlotte Motor Speedway, Hemric picked up the first of two back-to-back Legends Pro national championships. In his final two seasons of legend car racing, Hotshoe also won an additional championship as well as the largest paycheck in Legend’s history after winning the Legends Million at Charlotte Motor Speedway.

“Although I don’t feel that I was initially discovered in my legend car racing days, this is where I feel my first step into the NASCAR world began,” said Hemric.

While he would have an opportunity to compete against well-known names like Austin and Ty Dillon, it wasn’t until stepping into a full bodied late model stock car that Hemric would begin to climb the proverbial ladder to his ultimate goal – NASCAR Sprint Cup racing.

“While I was competing in the Southern Super Series, I had an opportunity to meet with the Chairman of the Board from California Clean Power,” said Hemric.  “Fortunately, he took notice in all the effort that both myself and my team were putting in to compete each and every week and decided that both he and this amazing company wanted to assist me in my effort to make it all the way up to the NASCAR racing level.” 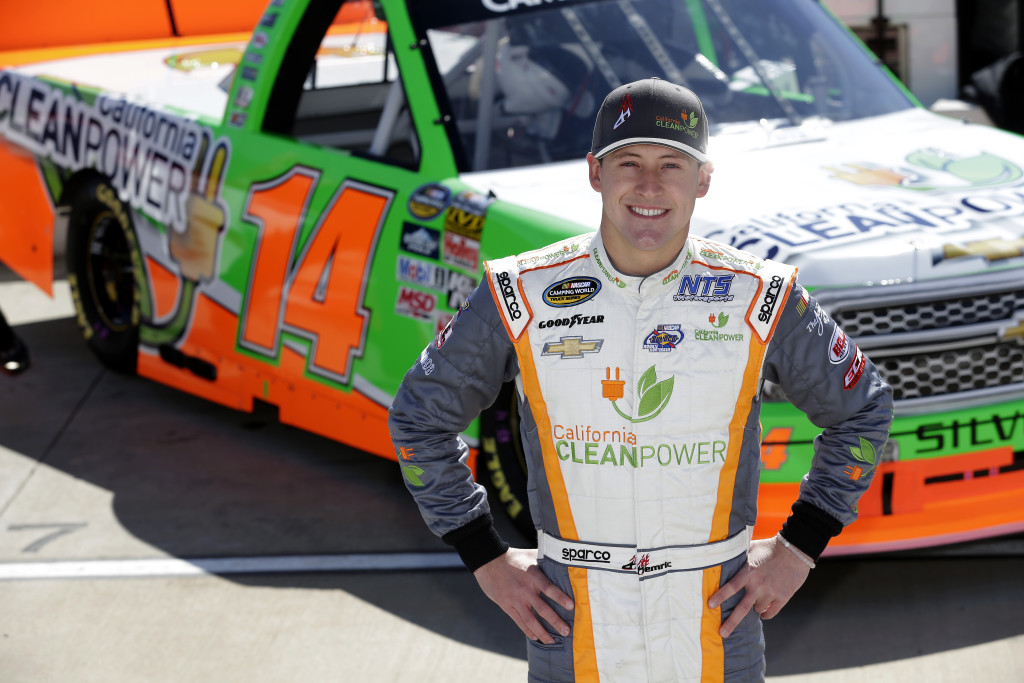 It wouldn’t be long before Hemric and California Clean Power would find their way into their first NASCAR ride.  In 2013, the NASCAR rookie would make his first start in the Camping World Truck Series, with Sharp Gallaher Racing, at Martinsville Speedway. Although his initial start didn’t go as he had hoped Hemric would begin to find success just two short years later with his current team, NTS Motorsports.

This season, Hemric has not only had an opportunity to compete in select NASCAR K&N Pro Series races with Kernersville, NC based NTS Motorsports, but also compete for his first NASCAR championship and Rookie of the Year title in the team’s No. 14 Chevy Silverado.

While currently sitting in the seventh position in the NASCAR Camping World Truck Series points battle, only nine points outside of the top five, Hemric seems well on his way to a career in NASCAR.

“This team works really hard every week and I just hope that I can bring them home a win this season,” said Hemric. 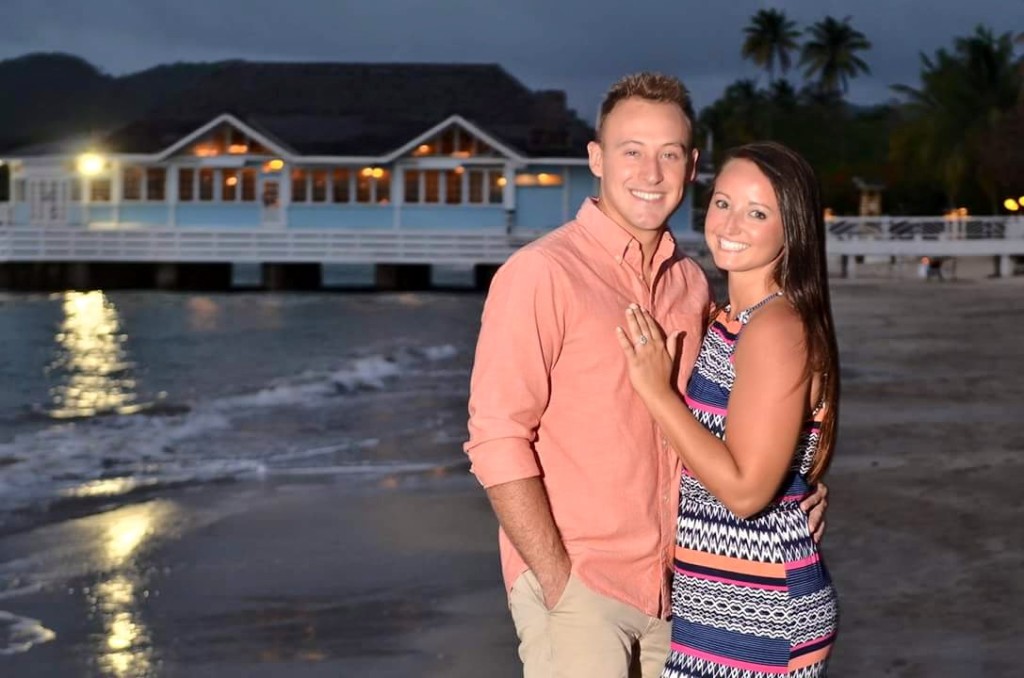 Along with taking the plunge to compete full-time in the NASCAR Camping World Truck Series, Hemric took another dive recently that he says was one of the most nervous moments of his life.

“Planning to propose to my girlfriend Kenzie Ruston was one of the most nerve-wracking moments of my life,” said Hemric. “When I get in the race car everything comes natural to me, but putting my heart on the line and hoping that the person that you want to spend the rest of your life with wants the same, that is totally unnatural.”

Fortunately, Hemric received the answer that he was hoping for and this racing couple is sure to speed off into the sunset.
Want to know more about this NASCAR young gun and his plans for the future? Join RacingJunk.com on Twitter next Monday, May 17 at 12:00p.m. as NASCAR Camping World Truck Series star Daniel Hemric joins us for our next edition of Ask A Racer prior to competing in the UNOH 200 at Bristol Motor Speedway.

You will have a chance to ask this rising motorsports star any question that your heart desires by using #RJAskDaniel. Questions may also be asked via our Facebook page at Facebook.com/RacingJunkFan.