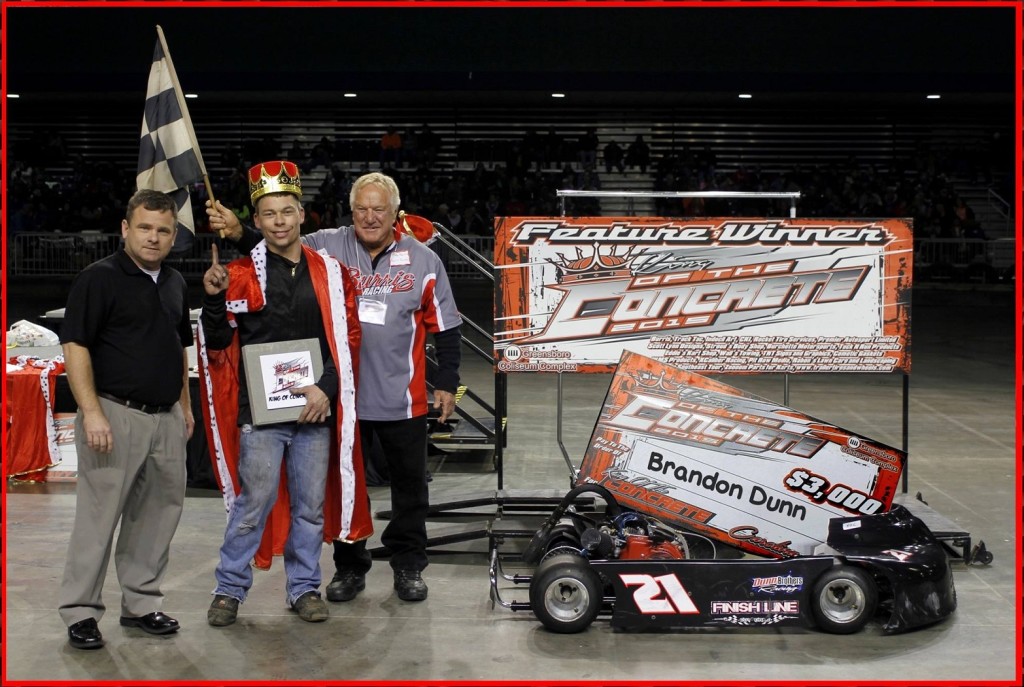 Although racing is in its off season for most in the sport, there are some drivers out there who are continuing to pick up major wins even in the dead of winter. We slid Behind the Wheel with one such driver who is already becoming a familiar name to our fans after recently being named the King of the Concrete.

Kentucky native and go-kart competitor Brandon Dunn began his racing career following in the tire treads of family. “Both my father and my brother were go-kart racing when I was a kid and it wasn’t long before I wanted to go racing,” said Dunn. “My brother Jason started racing when he was 8-years-old in 1993. I was only 3-years-old at the time, but I guess this is when this sport really became a way of life for me as well.”

A truer statement couldn’t be made, in fact Dunn was already asking for his first kid kart at the age of 4-years-old. “I competed in various races that we could find for both kids and karts that would only reach speeds of about 20 mph until I was about 6-years-old,” said Dunn.

After having to take a couple of years off due to being unable to find a kart class to compete in, Dunn was back at it by the age of 9-years-old and hasn’t looked back.

“While I haven’t had the opportunity to compete full-time due to lack of funding, I have really enjoyed competing in karts and even in legend cars over the last 16 years,” said Dunn.

It has been a quick 16 years as Dunn continued to compete in larger, faster karts and even picked up a few major purse wins. 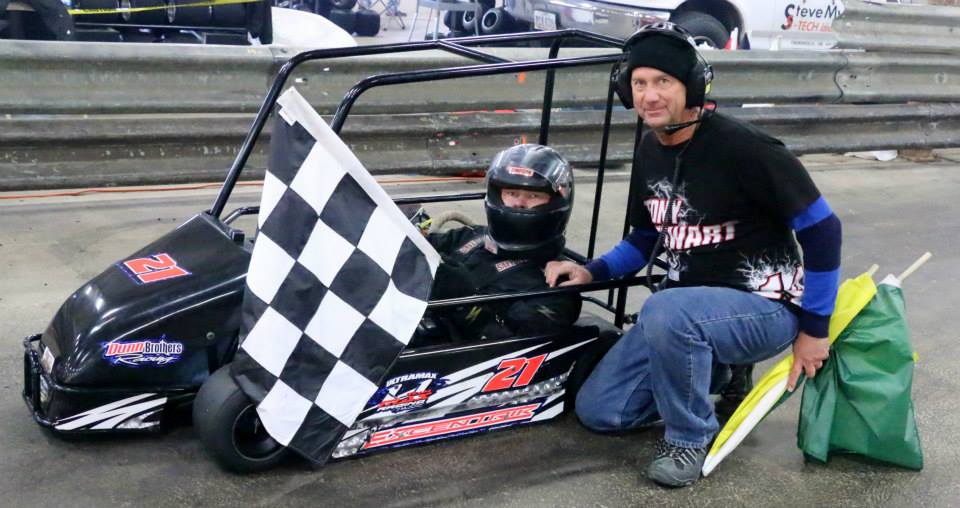 “Both my brother and I were competing for several years, but a lack of funding only gave me the opportunity to compete in races with purses worth at least $1,000 for the winner,” said Dunn.

Fortunately, this plan worked out well for an up-and-coming kart racer who was spending most of his racing events in the dirt. 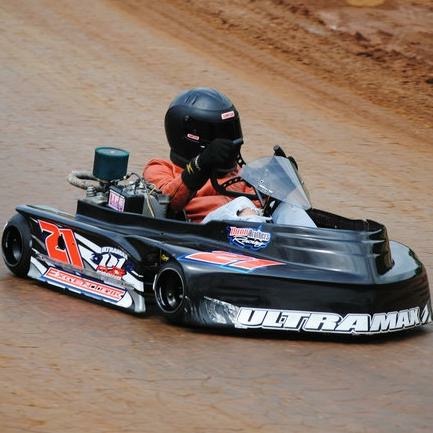 “I have raced in probably over 100 races in the dirt and won major purse races in my home state of Kentucky and even in the neighboring state of Illinois,” said Dunn. “The funny thing is that not much compares to winning on the concrete and being named the King of Concrete,” said Dunn.

Not only was this a major win for a driver who has a need for speed, much like his hero Tony Stewart, but it was one that he had to really fight for.

“I started racing on the concrete in the winter of 2008 and ever since the adrenaline of this type of racing was pumping through my veins, I knew that I wanted to win one of the most prestigious races available on concrete,” said Dunn.

Although he was left short of this royal honor in his first two tries, Dunn overcame all the obstacles that stood in his way to be named the 2015 King of the Concrete, less than one month ago.

“It was cool to win this race after separating my shoulder in a racing accident about eight weeks prior to this race,” said Dunn. “With the high velocity speeds and hard turns that I was going to have to take in this race I wasn’t sure how I would pull off a win, but I did and it was so amazing!”

Although Dunn has yet to find his way to his NASCAR Sprint Cup dream, he seems to have found his new groove – concrete go-kart racing. In fact, Dunn followed up on his King of the Concrete win with another prestigious checkered flag win at the Rumble in Fort Wayne, in Fort Wayne, IN.

Although he has yet to grab a ride or win in two of the most well-known and prestigious races in the world, the Daytona and Indianapolis 500, Dunn is sure to be a name that will be remembered in the motorsports world for years to come.