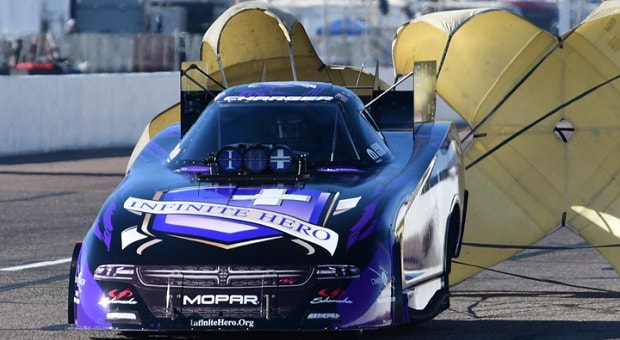 Smith was gone by the following season and Beckman’s had a procession of crew chiefs, tuners and crew members come through his pits until last year, when he settled in with the trio of John Medlen, Dean Antonelli and Neal Strausbaugh. The first two are ex-John Force Racing, where Medlen’s son Eric raced until his death – Antonelli was Eric Medlen’s best friend – while Strausbaugh came to the Beckman flopper squad from Tony Schumacher’s Top Fuel team.

In the 2018 Mello Yello season, Beckman and his crew are having a breakout year. He won his first Wally trophy of the campaign at Gainesville, an emotional victory as this was the place where Eric Medlen died in testing the day after the 2007 Gatornationals race. The group were runners-up at the inaugural four-wide race in Las Vegas at the start of April, have a No. 1 qualifier and now hold the points lead after five events.

A 27-race national event winner, Beckman and his team had a defining performance at last weekend’s Houston contest that gives them ever more confidence heading into this weekend’s NGK Spark Plugs NHRA Four-Wide Nationals at zMAX Dragway, across the street from Charlotte Motor Speedway in North Carolina.

Despite having mechanical issues during eliminations last weekend, the first of three in-a-row events on the 24-race 2018 NHRA calendar, Beckman and his Infinite Hero Foundation Dodge Charger R/T team still made their way from fourth qualifier to the semifinals, where they succumbed to runner-up and reigning titleholder Robert Hight. Could this be the start of a run towards a second championship for the Californian? 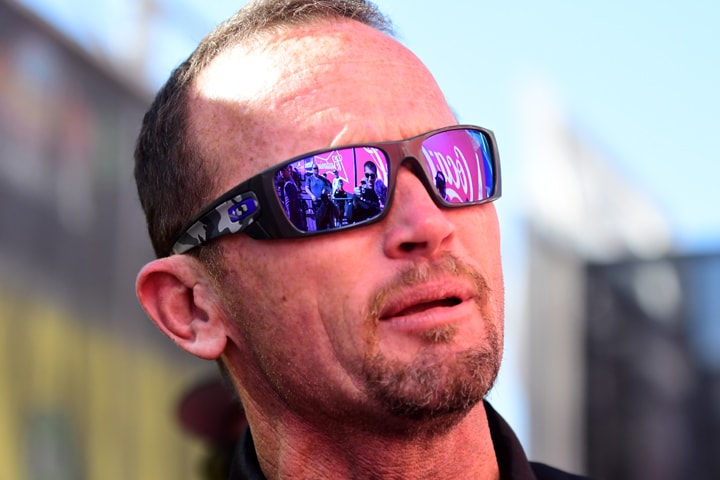 “In Gainesville, we definitely showed when the gremlins don’t bite us we have one of the best cars out there, but on Sunday (in Houston), we struggled mightily – but still stretched our points lead,” Beckman acknowledged. “I think those are the type of weekends that help win championships, when things are not going the way you would like, but you still salvage a good finish. I think Houston was an anomaly and we’ve got a solid game plan heading into Charlotte.”

He’s going to need that solid game plan for the weekend, as the weather could easily interfere with qualifying, according to current predictions. Afternoon showers are forecast for Friday and, while no rain is now in the cards for the balance of the weekend, the mid-70s temperatures and partly-cloudy to mostly sunny conditions should make these four-wides a very competitive, yet delicate dance.

Engines really like those kinds of moderate temperatures with light winds, which means the tautly competitive Funny Car category ought to be at its most competitive for the first trip to zMAX this year. Although the class will run without two-time nitro champ Del Worsham for a while, John Smith and Dale Creasy Jr. help take the class to 17 entries and guarantee one driver will go home. Smith, driving an ’08 Chevrolet Monte Carlo for Paul Smith Racing, and Creasy Jr in a 2014 Stratus Funny Car will make the regulars up their game.

While Beckman enters in the lead of the class, the real competition doesn’t occur until after Labor Day’s Chevrolet Performance U.S. Nationals, when the six-race NHRA Countdown to the Championship playoffs begin. The Infinite Hero team is doing what the great ones do: finding the right combination now that will hold them in good stead once the real battle begins.