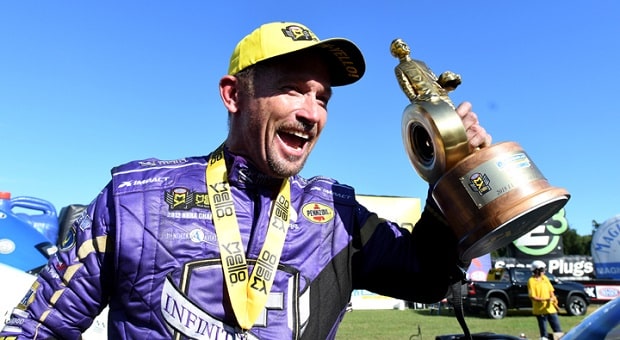 It’s acknowledged that, lately, the hottest Funny Car driver in the NHRA pits has been 16-time champ John Force, who took his 150th national event win in Brainerd and his 151st at the Chevrolet Performance U.S. Nationals in Indy over Labor Day weekend. Beckman, on the other hand, has been oh-so-close to the Winner’s Circle, racking up semifinal and final round results without grabbing that elusive yellow winner’s hat. It’s been excruciating for the driver of Don Schumacher Racing’s Infinite Hero Foundation Dodge Charger SRT Hellcat Funny Car. His three teammates had scored wins with the SRT Hellcat, but Jack was still working toward his first win since Brainerd in 2018. 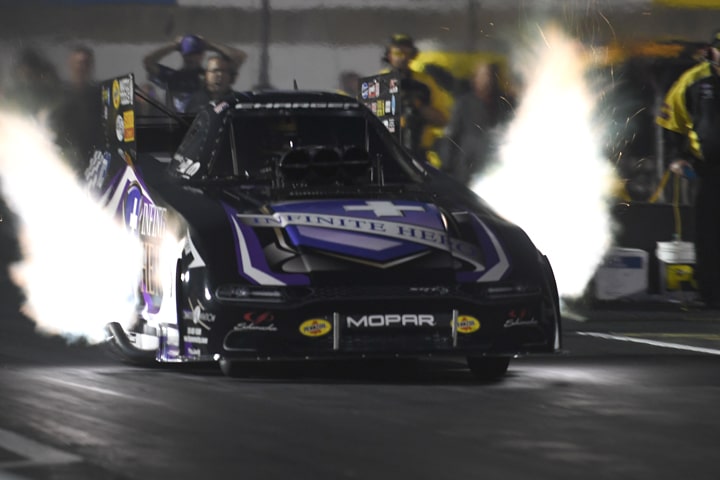 That long losing streak ended in the Funny Car finals at Reading. Beckman beat Force in a rematch of their U.S. Nationals final round, in this the first of a six-race, 10-driver Countdown to the Championship. Capturing his 29th career national event Funny Car victory in one of two cars entered by Doug Chandler in memory of his late wife, Terry, Beckman bounded out the escape hatch and jumped down the hood of his Hellcat, absolutely glowing over the win.

The 2012 champion lauded the consistency of his racecar, tuned by Dean Antonelli and John Medlen, which went down the track well in three of four qualifying sessions (only three drivers had viable Q1 sessions) and ended up third quickest behind teammate Ron Capps’ monster 3.837/339.28mph 1,000-foot pass. Beckman qualified with a ride 3.876/331.77, just a hundredth slower than Bob Tasca’s 3.866/332.67. 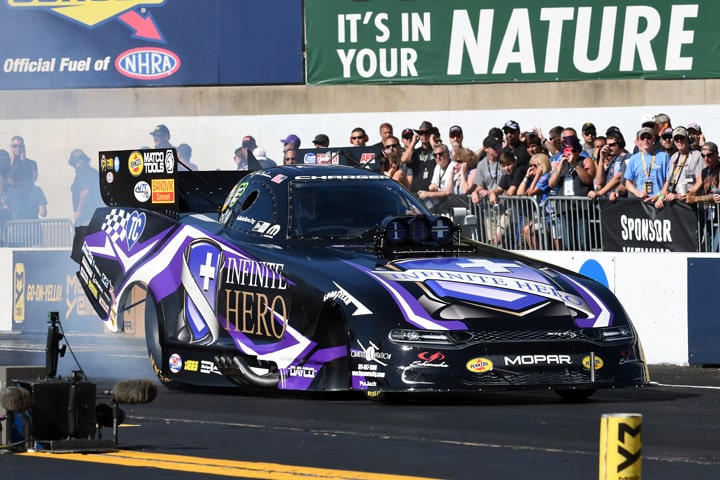 Conditions on Friday and Saturday were very different from what dawned on Sunday. Temps were significantly higher, the sun shone and humidity grew as well, but none of that stopped the Infinite Hero team as they dispatched Jim Campbell, regular season points leader Robert Hight and, finally, stopped reigning titleholder J.R. Todd in the semifinals to meet up with the most successful Funny Car racer of all time: Force. 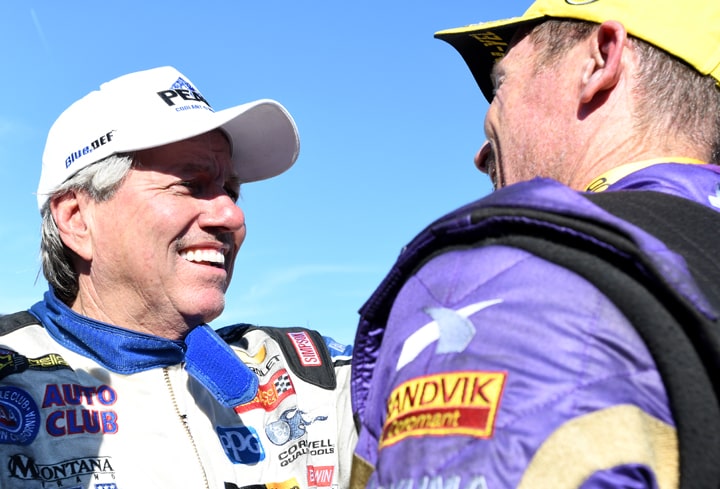 “Winning this one is extra special for a few reasons: because we did it in the Mopar Express Lane NHRA Nationals and,” Beckman explained, “because it’s our first win in the Dodge Charger SRT Hellcat body.

“We took over the points lead and it’s been way too long since we’ve been to the winner’s circle. For a shot in the arm, for a psychological boost, for that mental edge, that intangible that I think you need to be able to win a championship,” Beckman stated, “this might be the thing that is the first step for us.”

“Our Sunday, I think it was perfect. That car was consistent and it was fast. It’s one thing to be consistent and be a 10th (of a second) off the field, but to run numbers as good as any other car out there, up and down the race track all four runs on race day,” made Beckman ecstatic.

Beckman and his team will have little over a week to enjoy their win before trying to add to their points lead in the AAA Insurance NHRA Midwest Nationals at World Wide Technology Raceway outside St. Louis on September 27-29. Beckman holds a 19-point advantage over Force, with Hight another five points back. Capps is fourth, followed by Tommy Johnson Jr., Matt Hagan, Todd, Tasca, Tim Wilkerson and Shawn Langdon. 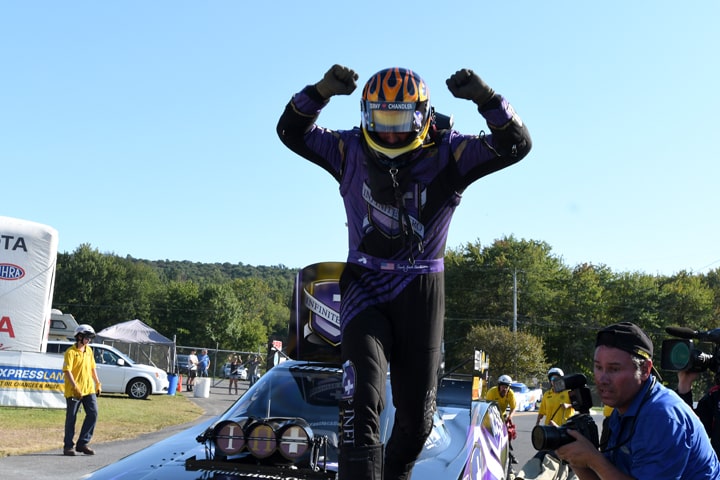 About Anne Proffit 951 Articles
Anne Proffit traces her love of racing - in particular drag racing - to her childhood days in Philadelphia, where Atco Dragway, Englishtown and Maple Grove Raceway were destinations just made for her. As a diversion, she was the first editor of IMSA’s Arrow newsletter, and now writes about and photographs sports cars, Indy cars, Formula 1, MotoGP, NASCAR, Formula Drift, Red Bull Global Rallycross - in addition to her first love of NHRA drag racing. A specialty is a particular admiration for the people that build and tune drag racing engines.