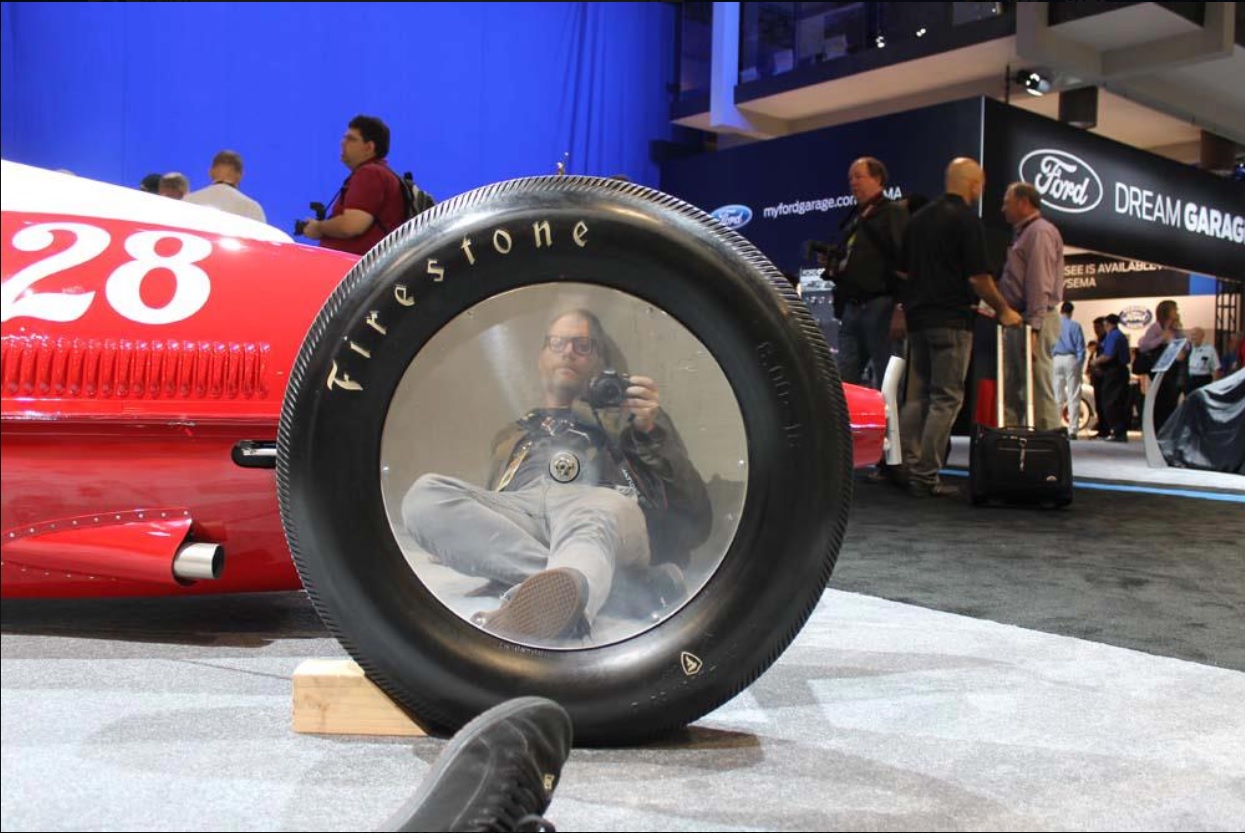 “The future, Conan?” That line, from Late Night With Conan O’Brien’s “In the Year 2000” sketch, was the first thing that popped into my head when I was asked to write something about the future of automotive journalism. I know, it dates me.

Unquestionably, the funniest thing about “In the Year 2000” was the fact that Conan and co-host Andy Richter kept it going long after Y2K had come and gone. But on another level, I think the bit also spoke to just how cloudy crystal balls can be.

As someone who entered the auto world in 2006, just as blogs had found a toehold in their climb toward mainstream respectability, I’ve seen my share of changes. Which means I feel I’ve got about as much of a right to be wrong about the future as anyone else. That said, the global pandemic has also accelerated some long-percolating changes, which makes prognosticating slightly easier.

Another thing which makes looking forward slightly easier? Remembering that the automotive industry is — and always has been — entirely about money. Now, I don’t mean to sound like some disillusioned idealist there, because I’m definitely not. I love my job, and cherish the incredible opportunities it’s provided me. But too often, automotive scribes don’t consider that, to paraphrase Wu-Tang Clan, cash rules everything around us.

Because while heritage, sex, joy, and freedom are all time-honored concepts used to sell cars? None of them matter much in comparison to cold, hard cash. So how manufacturers choose to spend their valuable capital in our era of globalization and climate change, when autonomous vehicles are poised to denature our industry, will have a transformative impact on automotive journalism. So on that note, here are some changes I see coming.

Auto Shows Are Over and Press Junkets Will Become Rare

The auto show, as journalists have come to know it, is dead. In an era where every major bit of news leaks weeks before a new model is revealed on a plinth in Los Angeles or Geneva, there is simply no excuse for these cash-hemorrhaging, moving part-heavy spectacles. They will continue, certainly, but only as a way for consumers to experience vehicles outside of a dealership setting, not as meaningful media events.

So while it might have been fun to jet off to an exotic — or even not-so-exotic — locale to cover a host of new model debuts all in one place? That’s just not going to happen going forward. And the truth is? It never really made for the greatest coverage anyway. Every writer was working from the same press kit, and wrote everything as fast as possible, to capitalize on publishing first — or as close to first as they could manage. And photography was a nightmare.

After the wraps came off the car of the hour, a pack of photographers would swarm the vehicle, like hyenas over the corpse of a gazelle. Of course, everyone was aiming to get the same set of shots, and in addition to being photobombed by representatives from every news-gathering organization on the planet, journalists had to deal with the always-abysmal convention center lighting. Trying to get a decent picture in a situation like that is a metaphor for futility. Ask me how I know.

Also, since automakers have little desire to share the spotlight, it makes sense they’d want to craft events which are all their own, particularly for big launches, like Chevy did with the C8 Corvette debut. Lest any readers think I’m immune to a proper bit of pageantry, I was at that one — and it was awesome.

In the wake of the pandemic, we’ve seen Ford debut both its mission-critical F-150 and eagerly anticipated Bronco online, and while watching the events virtually wasn’t nearly as cool as being there in person would have been, the information was disseminated efficiently, and excitement was still suitably stoked. Perhaps most importantly, by not having to fly hundreds of media people and support staff to a single location, and pay for hotels, catering, and ground transportation, the Blue Oval saved a boatload of money.

Do not expect the accountants to forget that savings when they’re deciding whether to approve a press junket to show off the next Explorer in Tahoe. There has long been a question about the return on investment automakers get by flying folks to far-flung corners of the globe to experience a new vehicle, and the pandemic is only going to accentuate any scrutiny for such gruesome expenditures.

There’s also the question of sustainability to consider. Because how do you justify, say, putting 100 or more people on jet aircraft to drive a new hybrid which is designed to reduce the driver’s carbon footprint? In all likelihood, you just don’t.

Automotive Journalism as We Know it Will Cease to Exist

Yup, this is the big one. And while it sounds scary? It’s scary in the same way that the sun swelling up and burning the earth to a cinder is scary. Because while it’s certainly going to happen, it’s far enough in the future that it’s someone else’s problem.

Specialized automotive journalism will essentially die when self-driving cars become the norm — and I do believe they’ll become the norm. Because the average consumer, the people who buy the vast majority of vehicles, and account for virtually all of the automotive industry’s profit, do not care about driving.

For enthusiasts, it’s tough to understand. But most people around the world see their vehicle primarily as an appliance which gets them where they need to go, and carries what they need it to carry, be that children, a bass amp, or a kayak. That’s why basically everything is a crossover now. Sure, people still love their cars — I’m not saying they don’t. But they love them like they love their Viking ranges, Burberry trenches, or fancy modular lunch boxes.

They love them because they’re comfortable, or practical, or because they say something about their taste or status. They do not love driving them, and when manufacturers provide a safe way to surrender that task? People will throw money toward vehicles which will let them play on Facebook, watch movies, or be intoxicated as they are whisked toward their point B, C or Z. Without question, self-driving cars will dominate the roads of the future, and eventually, the concept of navigating a two-way road at highway speeds will seem as outlandish as the idea of doctors smoking in hospitals.

And when that happens? When human driving is edited from the equation of our driving machines? There will be little need for automotive journalists. Because seriously, do you need a three-time SCCA road racing champion to tell you that the seats in the new Genesis G 1100 are comfortable, or that exterior looks cool? No, you don’t. When cars drive themselves, it’ll make more sense to have writers from Architectural Digest critique the interiors, or let the audiophiles from Stereo Review provide insight on the sound systems.

Of course, human-piloted vehicles will survive. But they’ll be mostly confined to off-road parks or country club-style racing circuits. In the future, driving will be very much an equestrian pursuit, far outside the mainstream, so opportunities to cover how a car actually performs will be minimal. Automotive writers will largely be tasked with writing about antiques, the same way that aficionados extol the virtues of Chippendale chairs.

So that’s about it for my predictions — except I also predict that Dodge will release a street car with 1000 horsepower. But you don’t have to be Nostradamus to see that one coming.

1 Comment on Auto Journalism is Going Virtual, and is Also Doomed