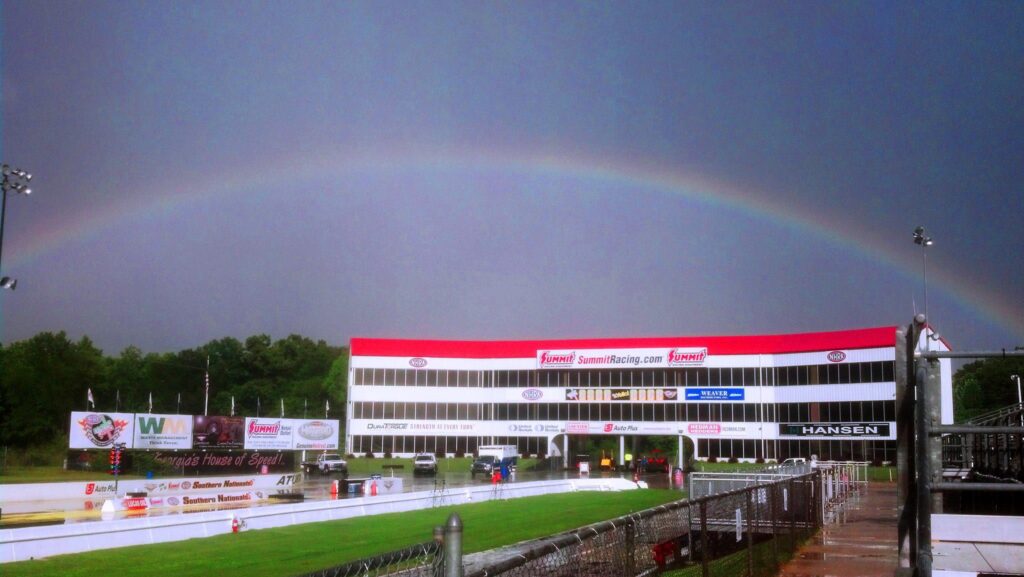 After years of offering some of the best National Hot Rod Association drag racing available, the NHRA is putting one of its own tracks on the auction block.  Built in 1975, the Commerce, GA-based Atlanta Dragway began with a red clay strip due to the facility originally being graded out as an airport. In 1980, it was purchased to be an NHRA sanctioned track, according to the Atlanta Dragway website, and then by Pro Stock driver Gary Brown and partners J.D. Stevens and Rudy Bowen in 1987. As drivers begin to brag about the kind of racing they were experiencing at this one of a kind drag strip, the NHRA purchased the track in1993 where it has hosted the NHRA Southern Nationals. Until now.

Although Atlanta has been a favorite of both drivers and participants, the sanctioning body notified employees, partner tracks, and team owners last week that it was time to put the track for the organization to put the track on the market. The NHRA  has noted the expense of necessary upgrades to other tracks as reason for the sale.

From Dragzine’s interview with the NHRA: “We have a responsibility to preserve and protect the sport, and so our intention is to sell the property as a drag racing facility and to keep the Southern Nationals there, as well,” said NHRA VP of Marketing and Communications Jeffrey Young. “We need to invest in the Lucas Oil Raceway, in Gainesville Raceway, and in Pomona (which the NHRA leases) — drainage updates and upgrades to the facilities that we want to do on those three tracks, and we will use some of the proceeds of this sale to re-invest back into those tracks.”

Despite the sale, a 2021 event schedule has already been released for this Georgia drag strip, and until a buyer can be found, Young says the Atlanta Dragway will continue to operate business as usual — including the Southern Nationals — until a transition to new ownership can take place.

Correction: An earlier version of this article indicated an incorrect or unsubstantiated length of time for the strip to have been red clay. It was also changed to reflect an attribution of a quote to Dragzine.com.

1 Comment on Atlanta Dragway Goes Up On the Auction Block