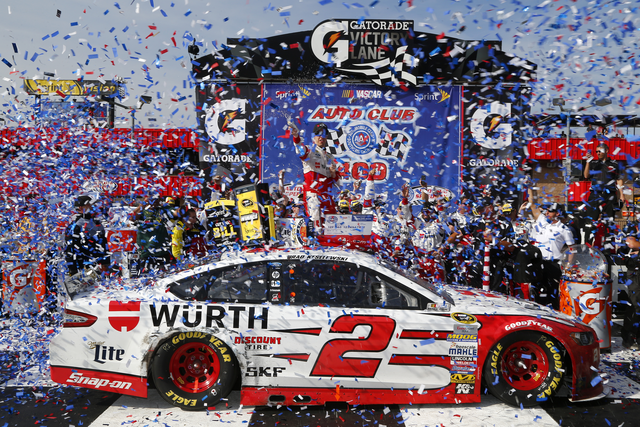 It hasn’t reached the stage where his face is on the side of a milk carton – yet – but I, and I’m sure many others, can’t help but wonder what has happened to Brad Keselowski this season.

Something’s missing, for sure.  He hasn’t forgotten how to drive, but Brad just isn’t driving like the Brad we’ve come to know over the last few years.

Sure, the 2012 Sprint Cup champion has made it to the second round of the Chase for the Sprint Cup.  But if you look under the surface, Keselowski has been somewhat of a conundrum this season.

Last season, he had six wins.  And when he won the championship in 2012, he had five wins.  This season, Keselowski has just one win to date in the first 30 races of the season.

Last season, he had five poles.  This season to date, he has just one.

Add all those things up and one must wonder what’s happened to Keselowski.  I say this facetiously, but I’ve even wondered who is this potential impostor behind the wheel of the No. 2 Ford, and what he has done with the real Brad.

That was a joke, of course, but there’s no denying the next two Sprint Cup races could be the ones to decide Keselowski’s season.

With Sunday’s crucial race at Kansas, followed by next week’s anything-can-happen unpredictability at Talledega, Keselowski – unlike teammate Joey Logano – is at risk of falling short of advancing to Round 3 and ultimately being eliminated from the Chase.

Keselowski comes into Kansas ranked eighth in the Chase standings.  In other words, he’s right on the bubble.  Of the 12 drivers that remain in this year’s playoff, only eight will advance to Round 3.  Only Logano is assured of moving forward at this point.

Logano is having a career season.  He started with his biggest win ever in the Sprint Cup Series, capturing the season-opening Daytona 500.  Since then, he’s added three more wins, including this past Sunday’s triumph at Charlotte.

And there’s still six races to add to those totals.

The only category where Logano lags – and I use that word very loosely, given where he’s at in the standings and the overall success he’s had – is in wins.  He has four in 2015, compared to a career-high five last season.  But like I said, there’s still plenty of time for him to add to that total, as well.

Logano came into his own last season with his breakout performance.  Prior to 2014, he had amassed just three wins in the previous five seasons.

He then went out and nearly doubled that amount in just one season.  And if you include this year’s wins total to date, Logano has now more than tripled his previous win total in less than two seasons.

At the same time, an argument can be made that the Connecticut native has drawn even with – if not overtaken – Keselowski as the top driver on Team Penske.

It’s confounding that even though the two teammates have the same equipment and the same technical braintrusts back at Penske Racing’s headquarters in Mooresville, N.C., there’s still such an inexplicable disparity.

And while Team Penske has surpassed Roush Fenway Racing as the No. 1 Ford-powered organization in NASCAR, Keselowski is still lagging.

Granted, having 20 top-10 finishes in the first 30 races is pretty darn good in almost anyone’s book, but at the same time, this is Brad Keselowski, former champion. 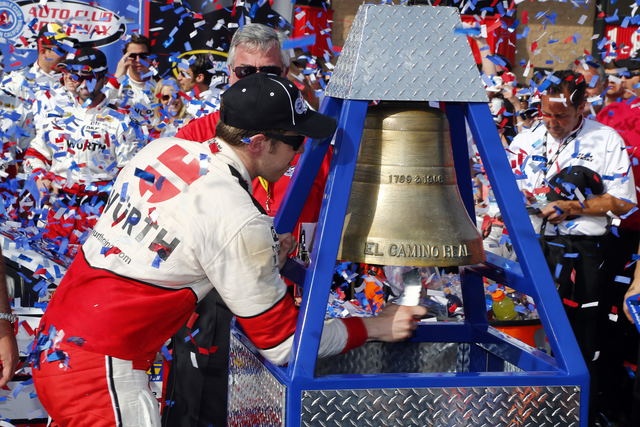 In the last four seasons, Keselowski has gone from winning the championship (2012) to completely missing the Chase the following season (2013), to being eliminated after Round 3 of the Chase (2014).

Unless he dramatically turns things around at Kansas or Talladega – and makes his name and performance stand out in a form of fashion like it used to with a return to Victory Lane for the first time in nearly eight months – Keselowski likely won’t advance to Round 3.

He’s not content unless he’s winning.  He’s also not happy being a top-10 also-ran.

Yet unless he does something big and fast, Keselowski will be relegated to a role in the last two rounds of the Chase that no driver likes: being a cheerleader for his teammate, while wondering “Why couldn’t that have been me?”