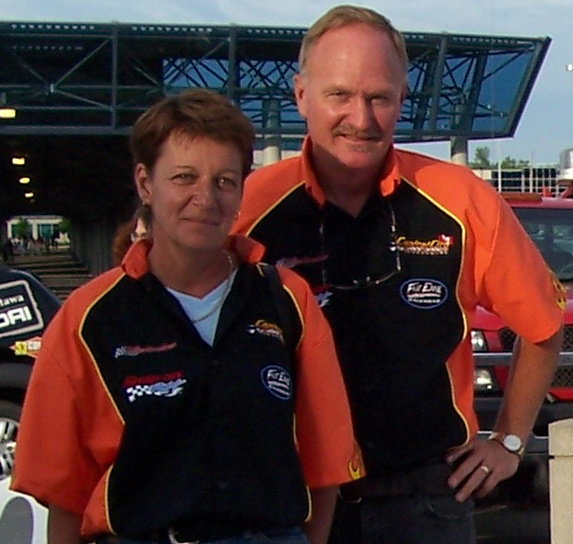 In 1972, a drag race fatality occurred at Luskville Dragway in Gatineau, Quebec. Consequently, the track fell into disrepute. So how do you turn two strips of asphalt with an overgrown ditch as a median line into one of the most revered drag racing circuits in Eastern Canada and the U.S. northeast? There’s one man who knows because he accomplished it, Arnie Malcolm, and one word describes him — driven.

A self-confessed “hardass,” he seems like a contradiction: a stern countenance with a twinkle in his eyes, loquacious but a voice that could command the Luftwaffe. Arnie has no qualms about seizing opportunities when they emerge, but it isn’t about someone with an endless bankroll or privileged circumstances. Quite the contrary, Arnie is a working-class hero whose strength lies in being savvy as to what works and what doesn’t. His passion has no place for compromise.

At 16, Arnie left the farm he called home in the Ottawa Valley and dedicated the next 37 years to one company, Drug Trade (now known as McKesson), retiring in 2004. Within that duration, he dabbled on weekends as a musician and as a racing enthusiast. In 1977 he came 4th overall at Luskville’s ¼ mile track in a 1967 Chevy II Pro Car but two years later, his racing endeavours almost came to an end. Arnie purchased a Super Gas Vega that was the antithesis of the Chevy. During various races, the engine blew, the hood flew off, and in one race, the car veered out of control at 140 mph, nose-diving into the median ditch, somersaulting along the other laneway and succumbing to a slow death hundreds of yards down the track. It left Arnie shaken, financially broke (the engine was borrowed), and completely demoralized.

Feeling sorry for Arnie’s misfortunes, the owner of Luskville Dragway hired him to work around the place and asked Arnie what he would like to do. Without hesitation, Arnie was emphatic: “Be the track announcer.” Though the position was already occupied, the Gods must have been smiling, for the next day the regular announcer was late. When Arnie filled-in he created a spell over the day’s event, injecting a professional energy. Not only did he get the announcer’s job, the following weekend he was promoted to manager, yet Arnie observed an apathetic disregard from management for the drivers, their safety, and for the fans.

In the late 1970s, Luskville Dragway looked like a dog’s breakfast: there was no grandstand, no proper facilities, something reminiscent of scaffolding for an announcer’s tower, a chip wagon for a restaurant, and two strips of decaying pavement for a track. “I’m a get-it-done sort of fella,” insinuates Arnie. Realizing the best form of marketing is a happy spectator, Arnie was instrumental in filling one essential void: keep the people entertained. In between his commentaries, he initiated music to be piped in, even though it was from a cassette player. By 1980, a mutual agreement was cemented for Arnie to take over the place as the new owner signing a long-term lease with the landowner, a partnership that has continued for 31 years.

He was good to his word, almost immediately, improvements were implemented including the filling in of the ditch and re-surfacing of the track conditions. He started Race News magazine, aimed at generating awareness and enthusiasm for a growing regional sport by reporting the events at regional speedways such as Capital City, Brockville, Cornwall, Ottawa, and of course, Luskville. His reputation as a savvy owner/promoter prospered and drivers gravitated to Luskville from further a field. As more contenders participated, the facility took shape: permanent grandstands, a restaurant, a proper announcer’s tower and a better timing system were eventually installed.

Through the 1980s, Diane and Arnie started a family and that spilled over into making Luskville more ‘family-oriented.’ The Junior Dragster series was promoted, a baby-sitter was on hand to accommodate drivers’ families and a play area was built to keep kids amused. Each new generation becomes a part of the Luskville environment by helping and participating at the track. Arnie’s son, Derek, has gone through the junior program and is now viewed as a major racing contender. Angie, Arnie’s daughter, takes care of ticket sales and Diane, works in the restaurant. The track has blossomed from basically a cow pasture to a well-oiled racing venue enforced by a tight racing fraternity.

“I grew up in an era where ‘if it don’t go fast, chrome it,” states Arnie. Translated, if a car doesn’t go fast, make it look like it can. Always keep your audience intrigued. “It is important to maintain professional credibility. Our staff and crew are all uniformed, we keep everything clean, punctual, organized and safe,” states Arnie categorically. “We have never charged for kids’ admission; introduced the popular Cruise Night; brought in jet funny cars; and guarantee winning payouts.” 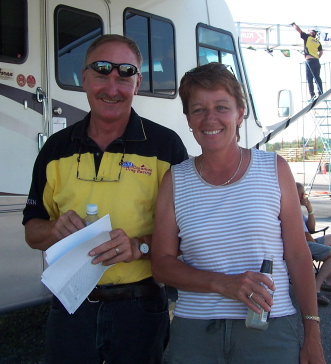 As dragster speeds increased, Arnie understood the dangers and changed the mandate of the track from a ¼ mile drag race to a 1/8-mile race. There was a revolt from the traditionalists, but his astute assumption paid off. Today, 90% of drag strips run 1/8th mile bracket racing and it has become far more popular with fan and driver, enabling greater and affordable competition, more entries and consequently, generous purses. Arnie was still racing during the 1980s when provoked into a challenge that drag racers couldn’t race stock cars. Incensed, Arnie bought a stock car, put a team together and incredulously, won the track championship. This victory enabled Arnie to connect with Capital City management. “Networking is crucial in running a profitable business,” says Arnie. “When Luskville holds a banquet, thirty of our advertisers attend because they want to be a part of the scene. It’s a win-win situation for everyone.”In 1995, Arnie was approached to run a drag race at Earlton Regional Airport, but the conditions were simply unsuitable – the site had an inadequate timing system, an inexperienced crew and an unprofessional approach, so he was paid to make it work. The experience led to a unique method that has evolved into the Airport Series. The procedure is to take Luskville Dragway literally apart, load it up into trailers, set up the drag strip at the respected airport, run the event, pack it all up, go home and set-up Luskville again. It has escalated to include six regional airports and will include Wawa, Ontario this August.

In 1997, Arnie introduced the Show Me The Money series. “We rented Dragway Park (now known as Toronto Motorsport Park) when it was on the verge of being closed,” recalls Arnie, “and ran one of the most successful independent drag races in the history of Canadian racing.” To this day, the site remains profitable. The same applied with Capital City Speedway when it went bankrupt. Arnie was brought in, and using the same principles adopted for Luskville, turned Capital City’s fortune around in four years. Unfortunately, management took over the reigns only to witness the circuit slowly flounder.

It hasn’t been easy and it’s taken a lot of time and effort, but today Luskville receives an average of 30 to 40 Super car entries per weekend. That’s more than some racetracks get for a big event, and on a good day, the track receives over 1,000 spectators. It can all be attributed to one man, Arnie Malcolm: the man with the Midas touch.

About Clive Branson 37 Articles
Clive Branson is a photography graduate from Parsons School of Design in New York City and has since divided his career as an advertising creative director/copywriter and as a freelance writer/photographer. He is the author of Focus On Close-Up and Macro Photography and numerous articles for magazines and newspapers throughout North America and Britain. Clive lives and works in Ottawa, Ontario.