The month of June offers more than just the start of summer. If you haven’t already noticed, your friends here at RacingJunk are taking this month to celebrate those who put their heart, soul and passion for fast cars into building some of the coolest automotive projects possible.

There are plenty of folks who spend every waking moment of their free time working on their favorite muscle cars – and we applaud each of you for doing so. There are also those who build some of the raciest cars out there to do more than win at the track each week.

Armed Forces Racing was created with just this purpose. Founded by retired Gulf War veteran Jeff Lambert four short years ago, this organization gives other retired service men and women a new purpose: the opportunity to experience the excitement of what it is like to build and drive a drag car, as well as the opportunity to enjoy camaraderie with other veterans.

“There is nothing more therapeutic than getting your hands dirty working on a car with fellow veterans,” said Lambert. “Tack on a chance to take this vehicle down a drag track and feel that kick in the seat when you hammer the throttle and leave the starting line, and you get a sense of how the heroes we work with heal.”

The founding of this organization began inside Lambert’s home shop on a personal restoration project, but quickly grew into a partnership with Cleveland Community College, in Shelby, NC, which is now offering veterans the opportunity to take the continuing education auto body class at no charge. 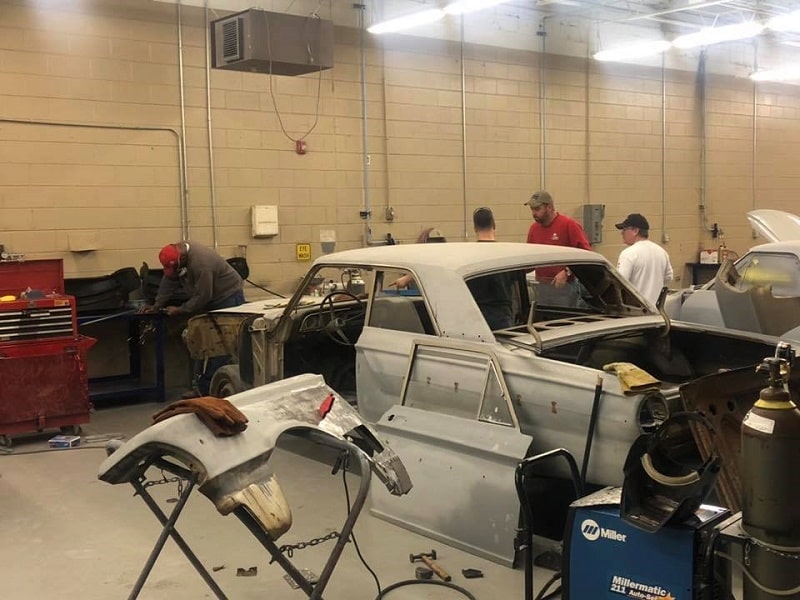 “We are currently working on a 1964 Ford Fairlane, which was donated to the group by the son of a Vietnam veteran living in Georgia, that we are calling Project Purple Heart. It will be both a street legal show/fundraising car, as well as competing in the IHRA Street Class division,” said Lambert.

Over the last few months a myriad military veterans, who have served in Vietnam, Iraq and Afghanistan, have spent as many waking hours as possible successfully gutting this car as well as welding together new floorboards, patching up the car’s trunk and sanding down the body to get the car ready for a layer of primer.

The next step will involve taking this vehicle back to the Armed Forces Racing shop to begin the building of the high-performance small block Ford 302 engine with a Ford C4 transmission that Lambert hopes to see completed this summer. 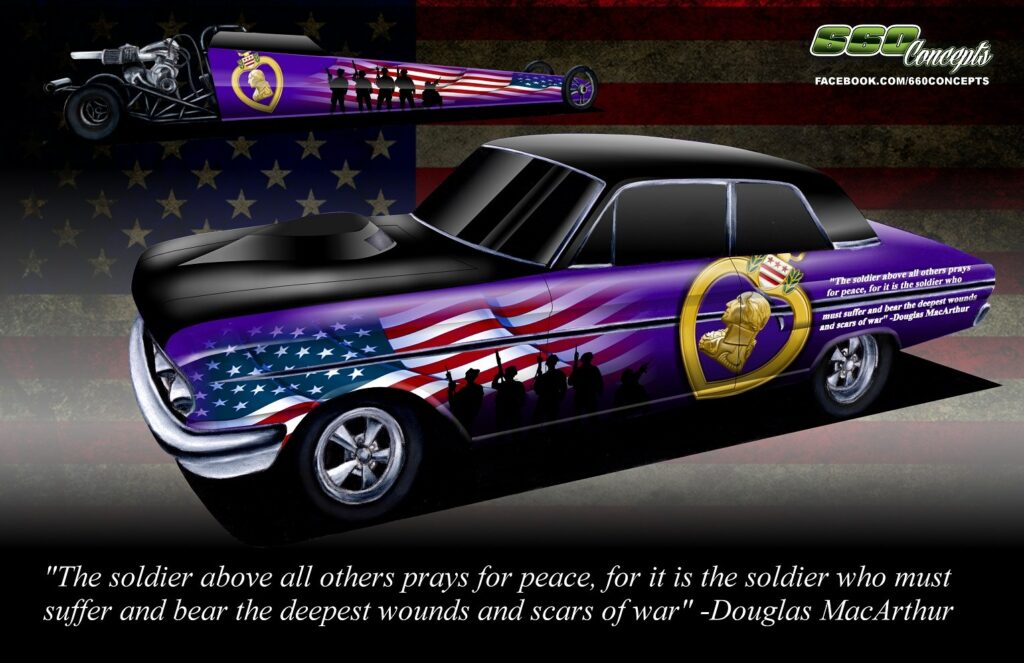 “The next step will be finding all the electrical parts and gauges that we need and wiring this all in,” said Lambert. “After all this, we will begin the finishing touches to hopefully have this project completed by the Spring of 2020.” 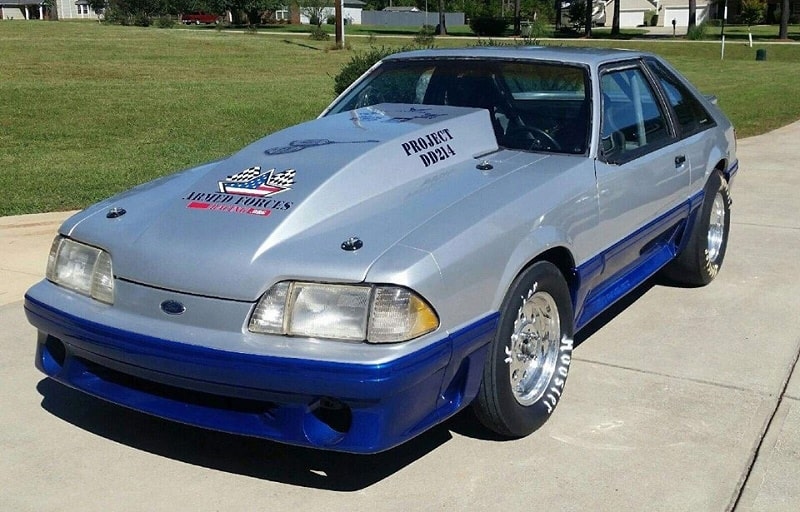 Prior to working on this project car, this group of hard-working veterans restored a 1992 Ford Mustang GT, which was donated by a veteran of the Air Force. This project, nicknamed DD214, was built as a drag racing ride-along car and is also spending time burning NC area drag strips, being driven by Vietnam veteran Rick Ferrell. 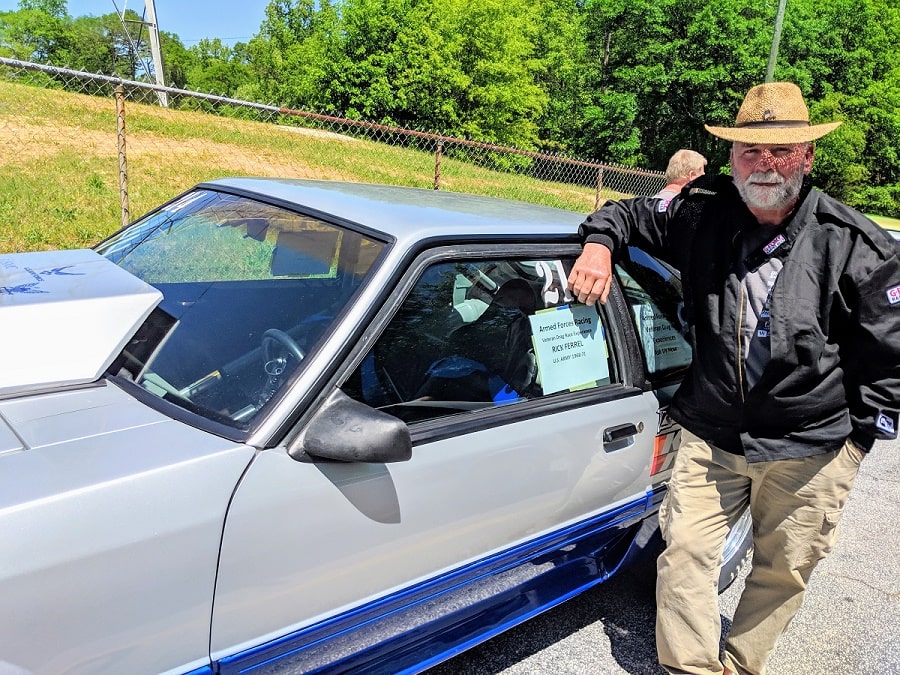 Project Purple Heart will be followed up by a 1940 Ford Coupe Gasser, nicknamed That Damn Yankee, which this impressive organization and its fellow car-loving military veterans hope to get started on this winter. 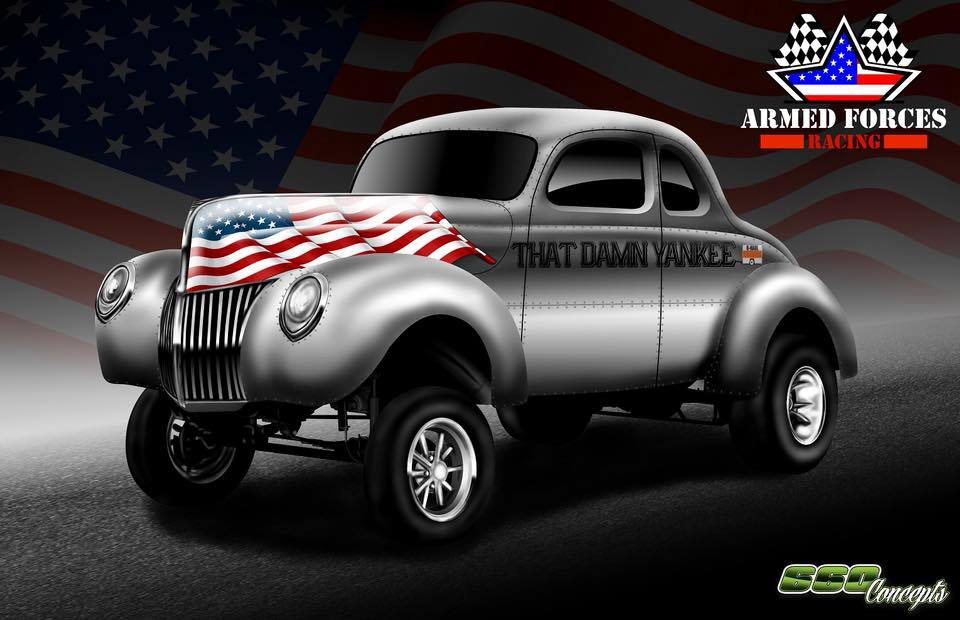 So, along with restoring classic, street-legal dragsters, what benefits do these veterans receive from participating in this program?

“Along with enjoying spending our time doing something that we all love, myself and other veterans are once again enjoying the kind of camaraderie that was first found when they were in service,” said Lambert. “There is really nothing like this and it is one of the major things that keeps us all coming back, no matter how challenging the work.”

If you are a military veteran who would be interested in getting your hands dirty and even taking a spin behind the wheel of a drag racing machine, check out Armed Forces Racing. Stay tuned to RacingJunk.com as we bring you more Project Car stories throughout the remainder of the month.