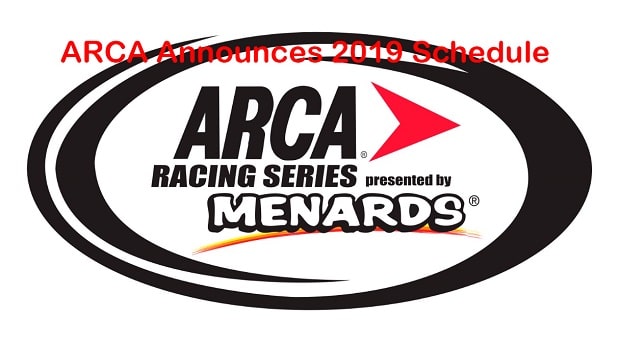 The 2019 ARCA season will start at Daytona International Speedway the same weekend as the NASCAR Clash, with the ARCA race taking place on the ninth and finishing up on Oct. 18 at Kansas Speedway. Highlights of the changes to the schedule from 2018 include:

The full 2019 schedule for ARCA Series presented by Menards is:

Series champion Sheldon Creed and his MDM Motorsports teammate Zane Smith teamed up for eight wins during the 2018 ARCA campaign, with both drivers winning four races apiece.  Other than a DNF at Toledo, prior to his first win of the season at Michigan, Creed never finished worse than fourth. His second win came two weeks later at Madison, IL, with number three coming at Iowa another two weeks later. Sheldon clinched the championship by winning the season finale at Kansas.