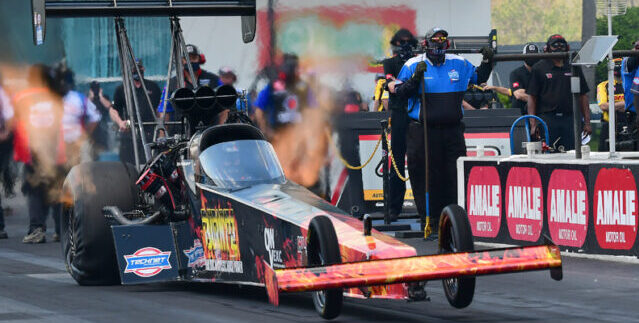 The 52nd annual Amalie Motor Oil Gatornationals had quite a few lessons to it. First and foremost: four and a half months without NHRA Camping World Drag Racing Series competition is way too long for competitors, participants and, of course, fans. On a warm, spring-like weekend in north central Florida, fans converged on Gainesville Raceway to nearly fill all grandstands next to the 1/4-mile dragstrip. Even more watched FOX’s broadcast of the first major drag race since November 1st. 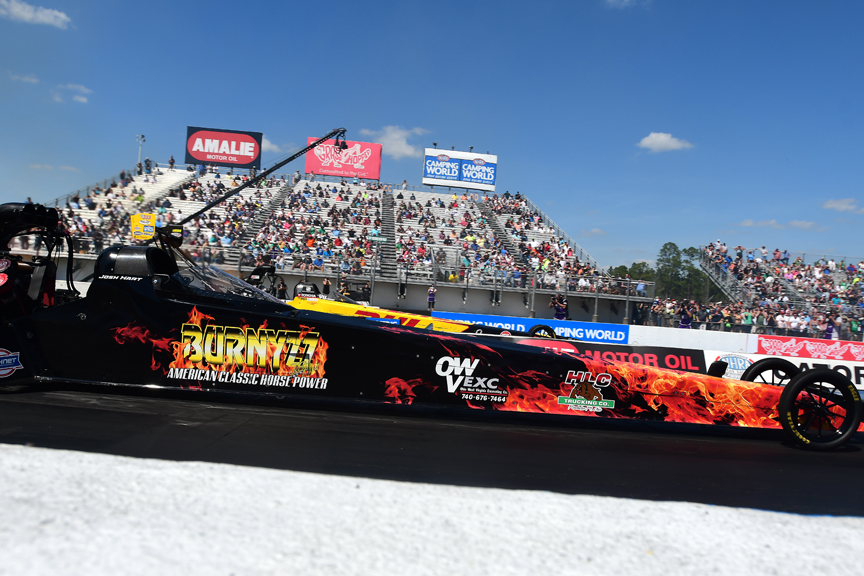 Now, of course, the waiting resumes, as NHRA was forced, due to the use of Pomona’s facility for COVID-19 eradication procedures, to postpone the 61st annual Winternationals until after the scheduled NHRA Southern Nationals at Atlanta Dragway, set for April 30-May 2nd. That’s another long wait for fans and racers, but one the Camping World community will just have to suck up and understand.

There was a lot to learn during last weekend’s Gatornationals. Local racer Josh Hart, making his first Top Fuel start wrested victory from former T/F champ Shawn Langdon in the finals, becoming the first dragster winner to earn a Wally trophy on his first attempt since the late Darrell Russell, who earned his first win in his first race 20 years ago. Hart qualified in the top half of an over-subscribed field and made six full runs down the 1,000-foot strip. Only in final qualifying did he fail to conquer the track with his Ron Douglas-tuned dragster. 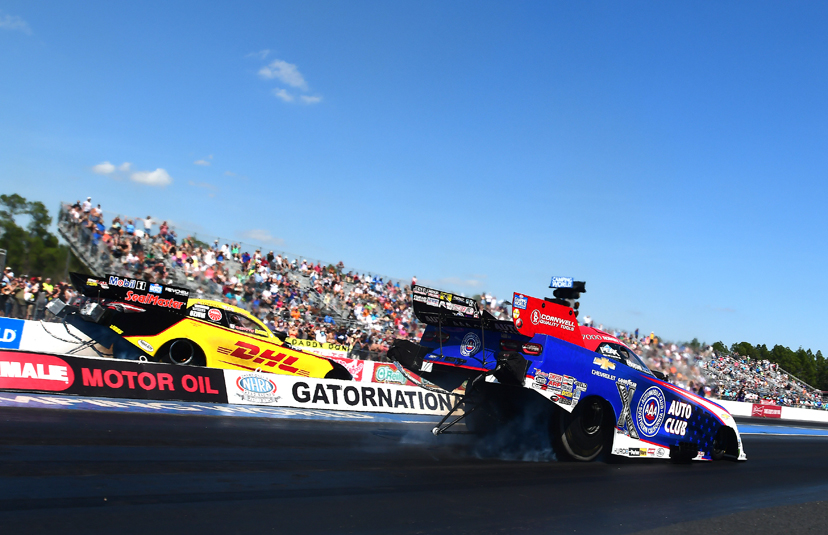 Funny Car’s 2018 champ, J.R. Todd won for the first time in almost two years when he outlasted 2019 champ Robert Hight in a pedal fest. Todd’s Team Kalitta Toyota got back in the groove well before Hight, who was making his first start in more than a year. Todd had an opportunity to prep for the smoky final round in the third and last qualifying session, when he smoked his Goodyear tires around the 330-foot mark. That pass, and the final round, were an anomaly for the gifted Flopper driver, who gained his 10th career Funny Car victory and also halted Don Schumacher Racing’s 14-race win streak in the process. 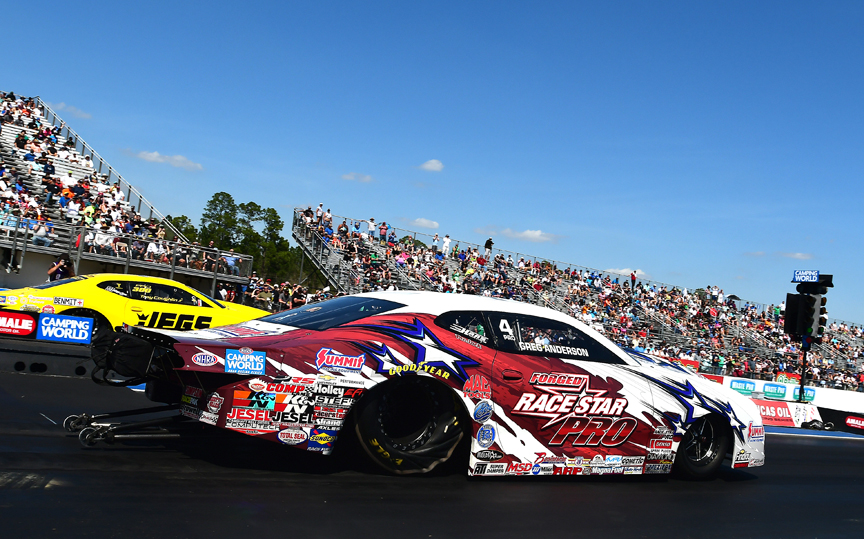 It was no fluke that four-time NHRA Pro Stock champion Greg Anderson was the top qualifier at the prior weekend’s CTECH World Doorslammer Nationals in Orlando. On his 60th birthday in Gainesville, Anderson drove his Chevrolet Camaro to a 95th class victory over Troy Coughlin Jr., who has taken over the reins of his family’s yellow-and-black JEGS.com Camaro. Anderson, too, had a long lag between victories and was over the moon to be cradling his most recent Wally trophy. “To finally get back to the winner’s circle a year and a half later, and to do it on my birthday, well, hat makes this a win that I’ll never forget,” he said. 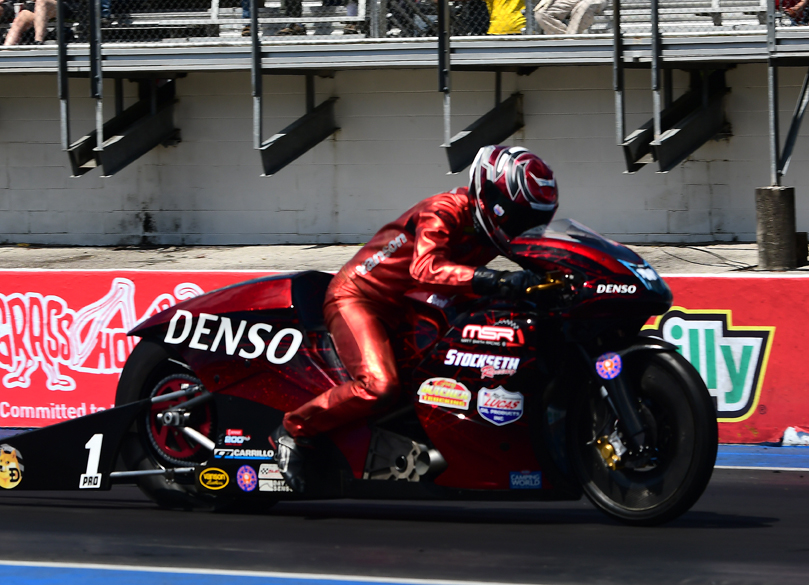 Matt Smith continues to be the monster of the Pro Stock Motorcycle midway, earning his win over 2020’s first victor (at Indianapolis) Ryan Oehler. This duo ride EBR motorcycles and the difference between them is that Smith, in every bout of eliminations on Sunday, tuned his own bike so well that he performed 200mph passes in each of his Sunday rounds. This same weekend, Vance & Hines’ Angelle Sampey, riding the team’s new 4-valve Suzuki motorcycle joined the 200mph club as the No. 1 in final qualifying, but no one, really, no one was in the same class as Matt Smith, who only missed going 200 in the first and second rounds of qualifying.

With 21 more races on the docket for this year’s Camping World series, combatants have another long wait, from mid-March to late April before they turn a wheel in anger once again. Hopefully, the NHRA faithful will be just as pent up and anxious for a daily dose of nitro and melting rubber as the racers will be?