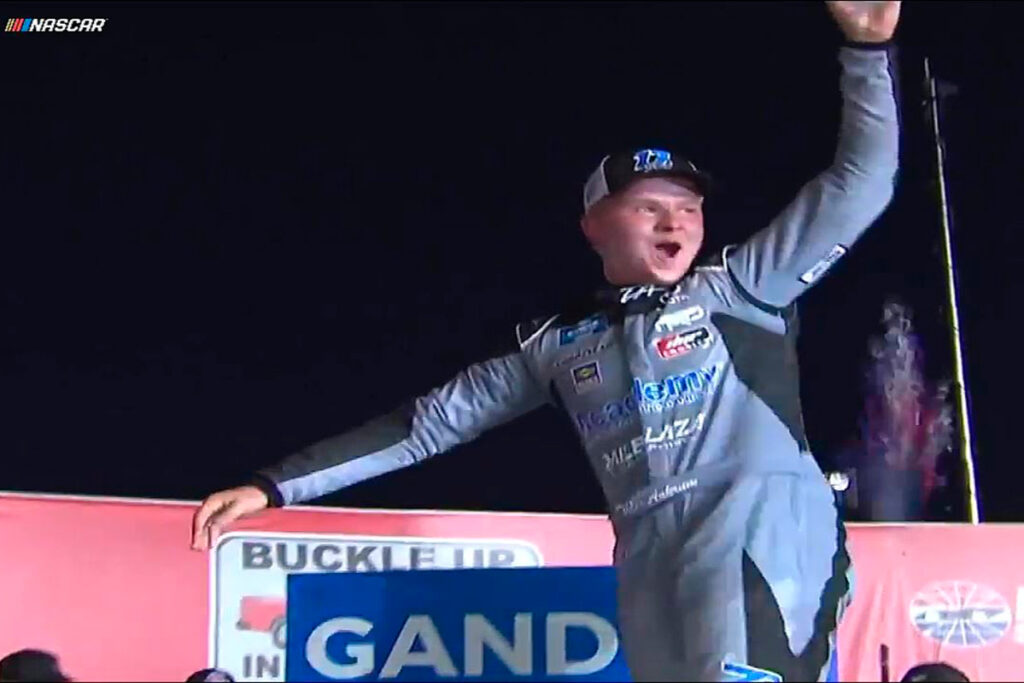 In his post-race interview from Victory Lane Tyler Ankrum said after the NASCAR Gander Outdoors Truck Series Buckle Up In Your Truck 225 Thursday night that he didn’t think that he breathed during the final two laps leading up to his race win at Kentucky Speedway. Friday night’s NASCAR XFINTIY Alsco 300 saw Cole Custer in Victory Lane for the fifth time this season. Saturday afternoon’s Monster Energy NASCAR Quaker State 400 could have been renamed to “The Busch Brothers Show” as Kurt and Kyle teamed up to win both stages and go 1-2 when the checkered flag waved. 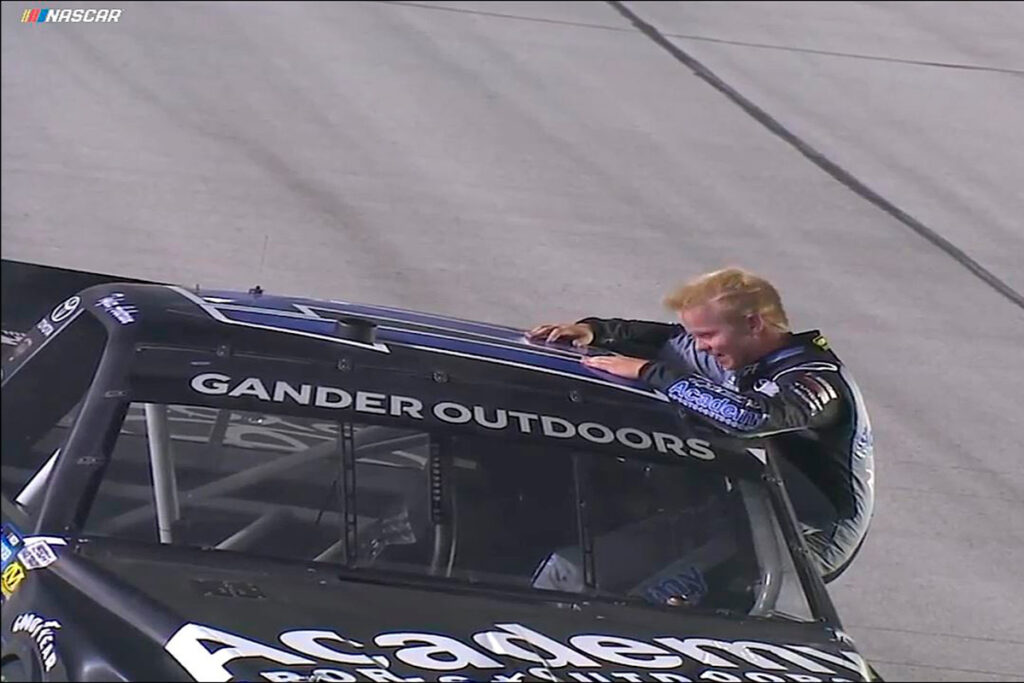 Brett Moffitt looked like he was in the proverbial driver’s seat with five laps to go and a lead that bounced between four and five seconds in Friday night’s NASCAR Gander Outdoors Series Buckle Up in Your Truck 225. But then he was seen to be shaking the truck like he was trying to clean or heat his wheels-or get fuel to the pick-up. He was out of gas.

Tyler Ankrum told reporters in Victory Lane two laps later that he thinks he took his last breath of the race when his crew radioed what had happened. The DGR-Crosley
18-year-old led 40 of the race’s 150 laps in picking up his first career win in the series. Stewart Friesen, whose primary truck was confiscated by NASCAR earlier in the week, took second and Harrison Burton came back from an early spin to finish in third. 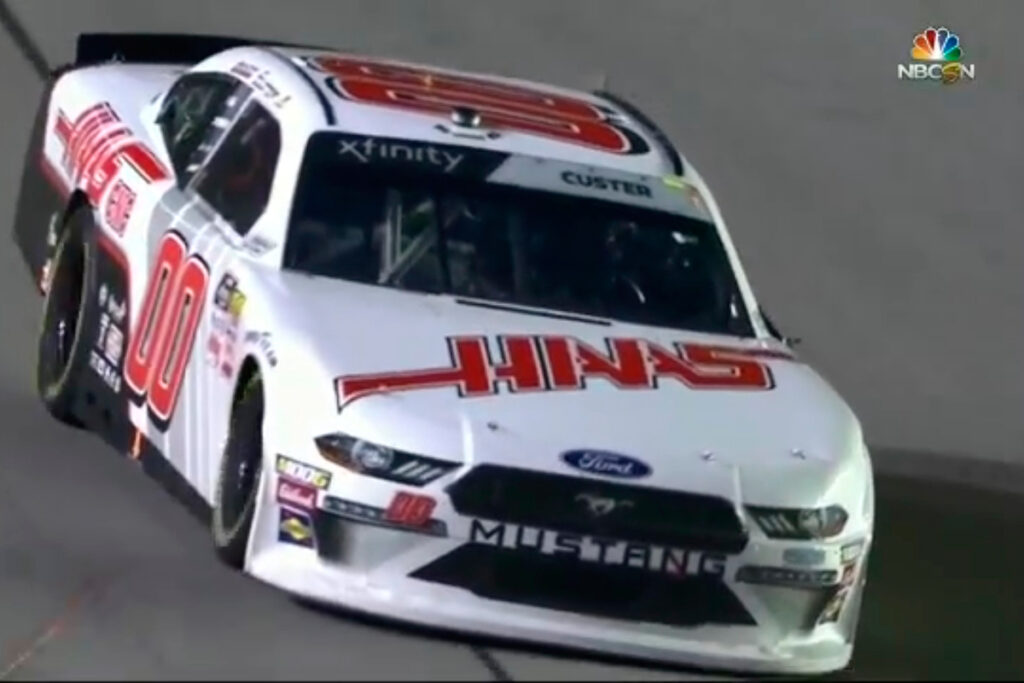 Christopher Bell was making it look easy in Friday’s NASCAR XFINITY Series Alsco 300. By the end of Stage 1 he had led such a blistering pace that only 17 cars were left on the lead lap. The Joe Gibbs Racing youngster continued to set the pace through Stage 2 as well. Then the sun went down and the Number 20 lost the track. Cole Custer took his Stewart-Haas Racing 00 to the lead and held on to win by almost two seconds over Bell. Richard Childress Racing’s newest driver and reigning series champion Tyler Reddick piloted the RCR Number 2 to a third place finish. Amazingly, when the checkered flag waved on Custer there were only seven cars still on the lead lap-three drivers finished off the lead lap and still garnered top ten points. 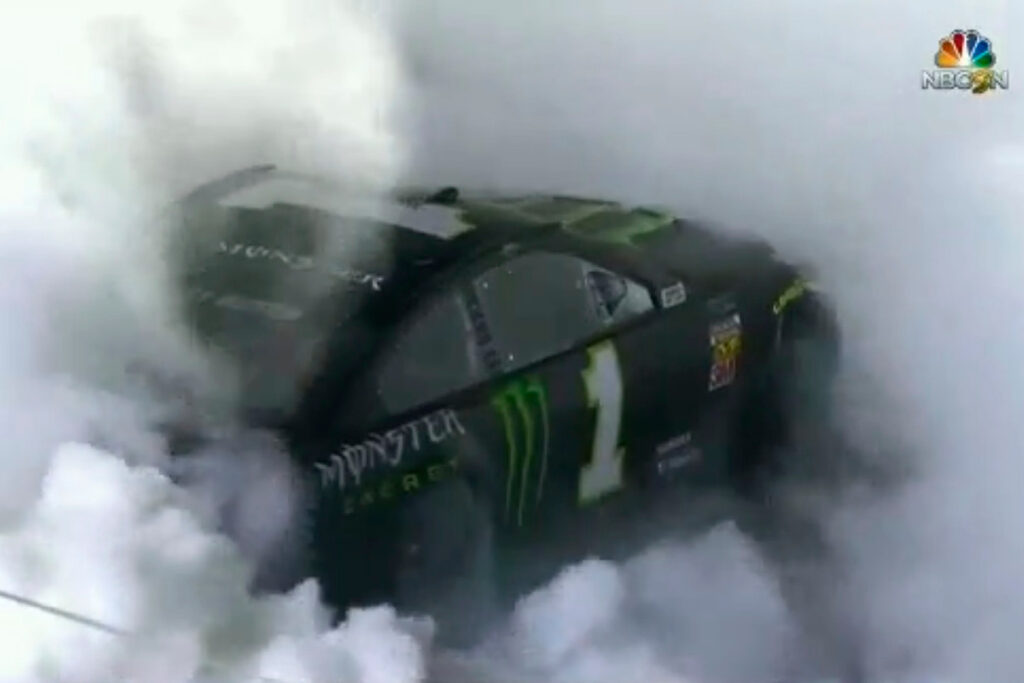 The Brothers Busch swapped first and second place each of the three times a checkered flag waves with Busch the Elder taking the Stage 1 points and Busch the Younger winning Stage 2 in Saturday’s Monster Energy NASCAR Cup Series Quaker State 400. Kurt validated himself after his recent move to the Chip Ganassi Racing Number 1. It took NASCAR Overtime for Kurt to beat his younger brother in the Number 18 and make NASCAR history as the first brothers that have finished first and second in a race. Kyle’s JGR teammate Erik Jones finished third in the Number 20. 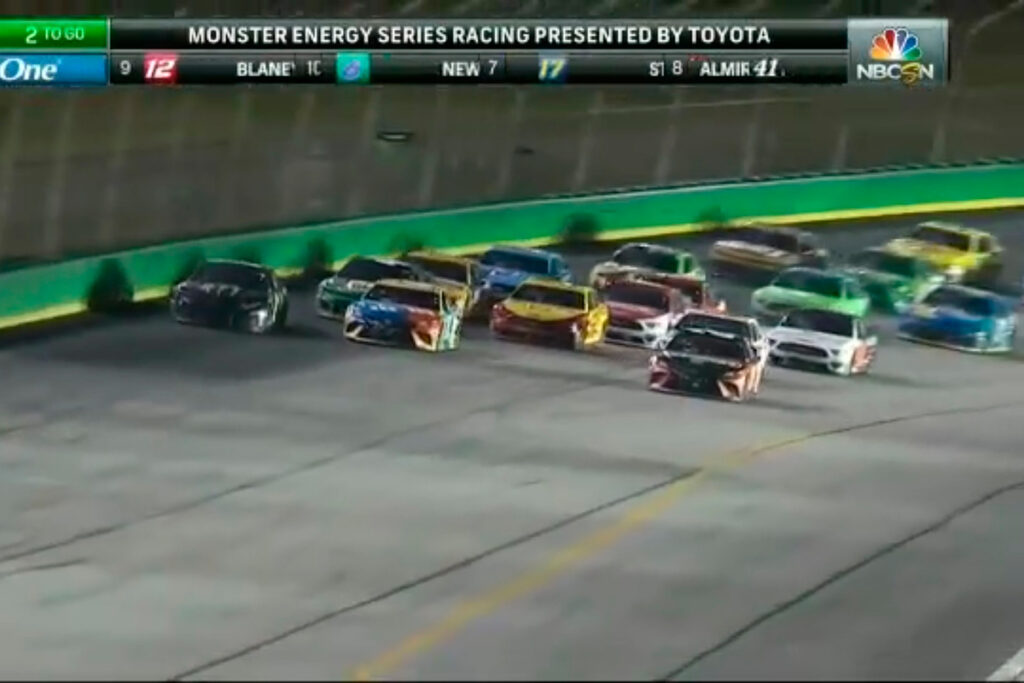 The racing was intense from the drop of the green flag. It was amazing there were only six caution flags during the 267 lap race as from the waving of the green the drivers were three and four wide through much of the race. The pace the Busch Brothers set in the race left 15 on the lead lap when all was said and done.