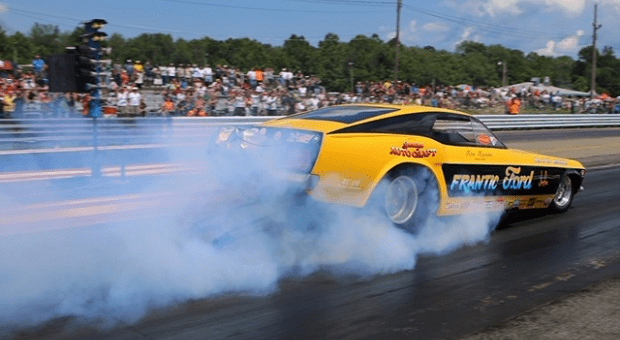 Follow along with Joe Morrison as he campaigns Leverich Racing’s Top Fuel car! This is Part 1 of his story. You can read more about Leverich Racing and this decision in the press release.

“And you may find yourself behind the wheel of a large automobile… and you may ask yourself, well, how did I get here?” Lyrics from the song “Once in a Lifetime” by the ’80s band The Talking Heads have been swirling through my head (along with about a million other thoughts!) since I received word from Gary and Dan Leverich that I would be the driver of their Top Fuel car for 2020. I have loved drag racing for as long as I can remember, but coming from a blue-collar working-class family, I never thought I would get the chance to race at the pinnacle of drag racing. So how did I finally end up with an opportunity that many would call “Once in a lifetime?” Glad you asked! I am excited to share my journey from “average Joe” to Top Fuel Driver with you. 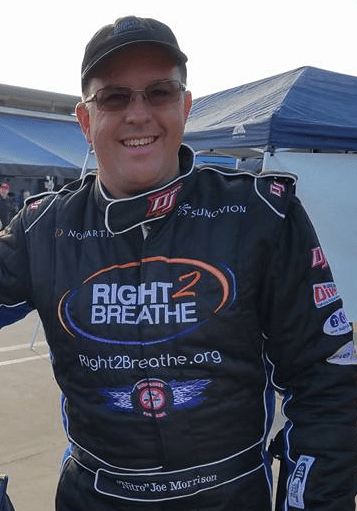 I can honestly say I have been going to the drag races since before I was born. Really! My mom was working in the timing tower at Island Dragway while she was pregnant with me, and Dad worked the starting line when he wasn’t racing in Jr. Stock, Stock Eliminator or Super Stock. We kept going to the track as a family even after my dad had to stop racing for financial reasons. Growing up watching drivers like “The Snake,” Force, “Mongoose,” Garlits, Muldowney, Manzo and, as a young child, my very favorite driver “Jungle” Jim, I knew that driving a fuel car just had to be the coolest thing ever and that I wanted to be a race car driver. 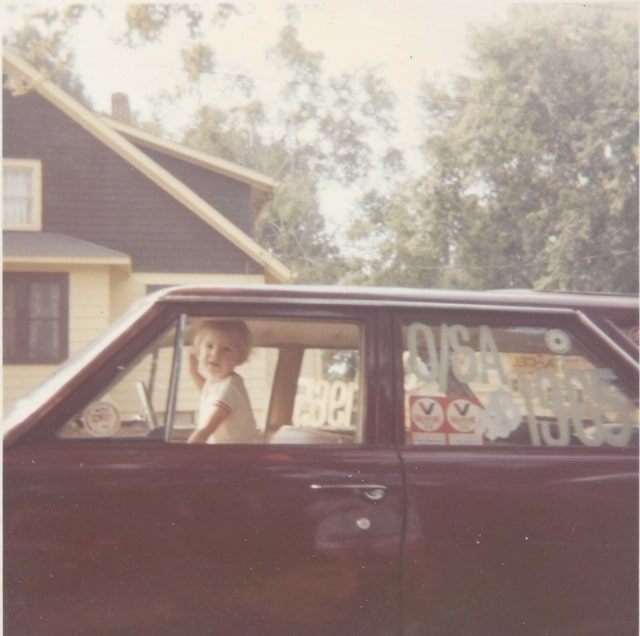 After some experience racing my four-speed Chevelle street car and a 10 year break from racing to chase a music career as a rock guitar player, I had an amazing opportunity to drive a wild seven-second Fiat Altered with a great group of racers in a nostalgia club called the North East Timing Organization. From 2007-2013 we consistently finished in the top 10, won a class championship in 2011 and finished second (by just one round!) in 2012. While I loved racing with the NETO organization, I knew it was time to begin seriously working toward my goal of becoming a Top Fuel or Funny Car driver. 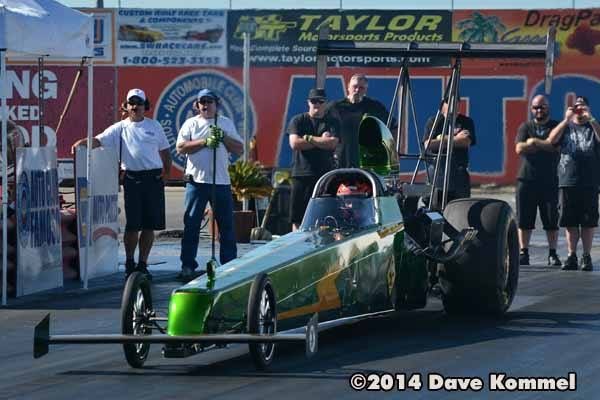 In 2014, thanks to some help from my friend and local legend Paul Gold a.k.a. “Goldy” and a recommendation from Jim and Jon Oberhofer’s dad (Dave O), I had the opportunity to go to Bakersfield and license in Jerry Darien’s A/Fuel dragster. Jerry is an amazing teacher! Over the course of two days I made five runs. The final run to earn my Top Alcohol license was (at the time) the quickest and fastest run the car had ever made! Thanks to that success and the recommendation of friends Goldy and nostalgia funny car driver Bob Toth, I began driving Ted Brine’s #134 Fuel Coupe AA/Fuel Altered and Rocky Pirrone’s Frantic Ford nostalgia nitro funny car. I am forever grateful for the experiences and the friendships we forged while match racing from 2015 through last year. In the #134 we raced a few Hot Rod Reunions as well as some great match races (including running against Mike Boyd in the “Winged Express”). In the Frantic Ford there were plenty of great match ups, but the most memorable were the times I got to race NHRA champ Bruce Larson. I can’t believe I have been lucky enough to race with these legendary drivers! 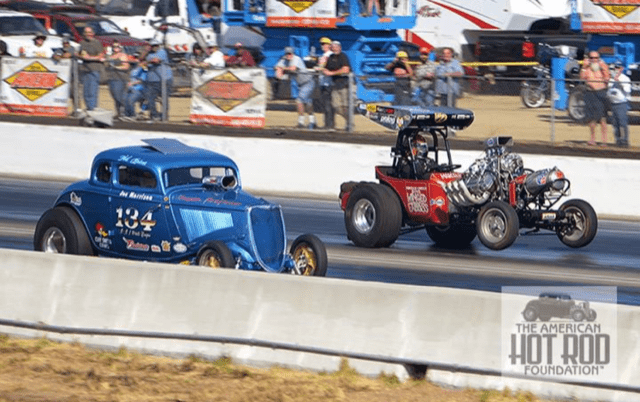 Throughout all these experiences, I have consistently worked hard to find a way to work my way up to driving a Fuel car on the Mello Yello tour. Not having a wealthy family or a last name like Force, Schumacher or Kalitta has made it a challenge for sure. To be clear, I admire those teams and families. They worked hard on their path to success and I was (and still am) determined to forge my own path toward success. I am not one to complain, but there have definitely been dark times during my journey. Thankfully, there has also been help and support by many friends and colleagues.

Now, thanks to Bob, Gary and Dan Leverich, I finally have the opportunity I have wanted for as long as I can remember. I am excited to go through the license upgrade process, make runs and get out there and race! I hope you will follow along with my journey as I prepare for my rookie year as a Top Fuel driver. Even more, come out to the track, stop by and say hi! 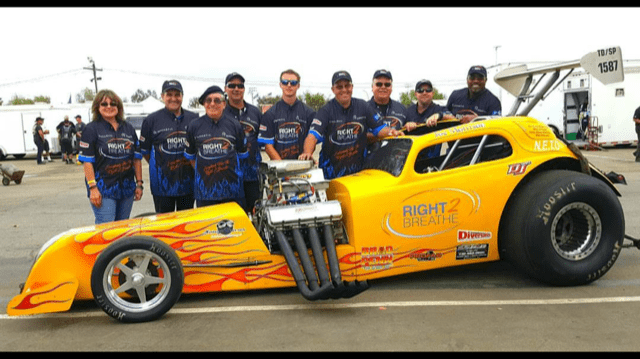