Let’s face it: France’s Automobile Club de l’Ouest (ACO) doesn’t particularly like American racers. Yes, they tolerate Corvette Racing, who were invited to participate in the 24 Heures du Mans for a 20th consecutive year, but the rest of American racers definitely have difficulties dealing with the group led by Pierre Fillon.

This year, Texan Ben Keating entered a Ford GT in the summer twice-around-the-clock classic. Racing in the LM GTE Am class, which is similar to IMSA’s GTD category, Keating’s team, led by master tactician Bill Riley, pulled off an excellent first place result. Keating and co-drivers Jeroen Bleekemolen and Felipe Fraga stood on the vaunted podium, received their watches and flowers, drank their champagne and celebrated a beautifully executed race.

What happened shortly afterward shouldn’t have surprised anyone. As it did with the No. 68 Chip Ganassi Racing Ford GT competing in LM GTE Pro, the FIA/ACO disqualified the No. 85 Ford GT. Initially, Keating’s Ford GT was demoted to second place with a time penalty of 55.2 seconds but finally, the ACO and world motorsports body Federation Internationale de l’Automobile (FIA) disqualified both American cars. 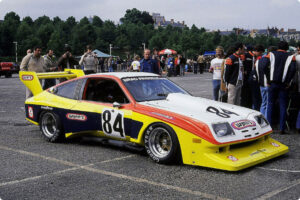 For the Ganassi car, the penalty was assessed for having a too-large fuel cell; the Keating team received two penalties, one for a minimum refueling time violation and the second for fuel capacity. The stewards stated Keating’s team didn’t meet the minimum refueling time of 45 seconds during its pit stops, having measured the elapsed time at 44.4 seconds, a breach of ACO regulations.

The initial penalty handed to Keating’s team was based on calculating the difference in fuel time, .6-sec per stop, multiplied by the number of pit stops (23), then multiplied by four to make the 55.2-sec penalty. When the car’s fuel capacity was adjudged to be 0.1 liter above the 96-liter maximum, the disqualification was announced late Monday evening.

While Ford Motor Co. executive chairman Bill Ford, on-hand and in Keating’s pit for the finish, stated the company’s “disappointment” at seeing the class victory taken away by “the thinnest possible margin,” it was Keating’s very classy commentary that rings true:

“As disappointed as all of us are at Keating Motorsports, we have elected to accept the ACO’s decision regarding the disqualification of the No. 85 Keating Motorsports Ford GT from first place in the GTE-Am class in this past weekend’s 87th running of the 24 Hours of Le Mans. Our intention every year at Le Mans, and in every race in which we participate each season, is to compete within the parameters of the rules and with an overall spirit of sportsmanship and professionalism.

“The Keating Motorsports team verified repeatedly before the start of this year’s race that the fuel cell on the No. 85 was at 96 liters in maximum capacity. The fact is that our fuel cell capacity and fuel fill time were both at the proper limits at the beginning of the race.

“However, the new rubber bladder inside the cell expanded by 0.4 of a liter during the race, and our new fuel rig got more efficient by 0.6 seconds after being used a bunch of times over the course of the race’s 24 hours. It is a tough situation, but we failed to build in any margin for error. We were at the limit because we didn’t feel like we had any margin to give.

“Any minute gains from these changes were not factors in what was an otherwise outstanding race for the Keating Motorsports team, our drivers and enthusiastic and supportive sponsor partners. We are proud of our overall performance in the race and believe we clearly showed for nearly the entire 24 hours that we were the team to beat.

“Le Mans is a 24 Hour race that can sometimes be decided by less than a second or a few millimeters. We failed to account for any margin of error this year, but won’t make the same mistakes again. We hope to compete in future editions of the 24 Hours of Le Mans for many years to come.” 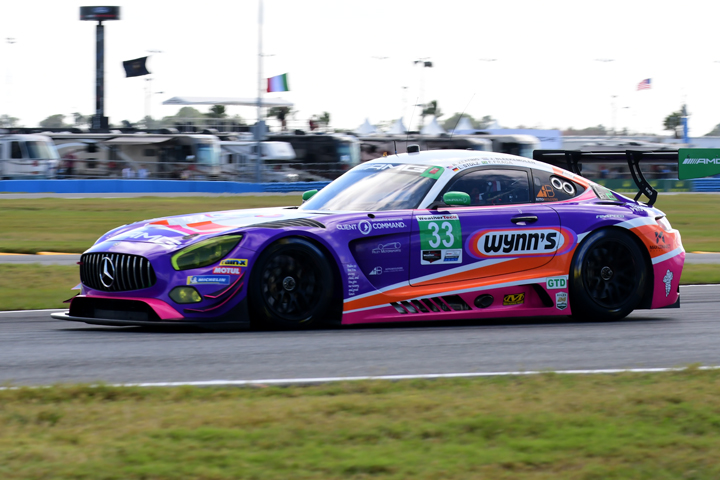 In 1978 American Brad Frisselle took a Chevy Monza to The Sarthe. He encountered difficulties dealing with the French as well. “We made the mistake of having a Belgian sponsor, Wynn’s. That is the same Belgian sponsor that the ‘Riley’ team had this year. The French hate the Belgians,” Frisselle remarked on Facebook, “and in our case they scheduled us last for the ‘presage’ or scrutineering. We could not get our credentials until after all of the practices were completed. We would have to argue every day just to get into the track. God only knows what they would have done to us if we had finished!”

Keating Motorsports will return to IMSA racing at Watkins Glen, where they race a Wynn’s-sponsored Mercedes AMG in the GTD class at the June 27-30 Sahlen’s Six Hours of The Glen.