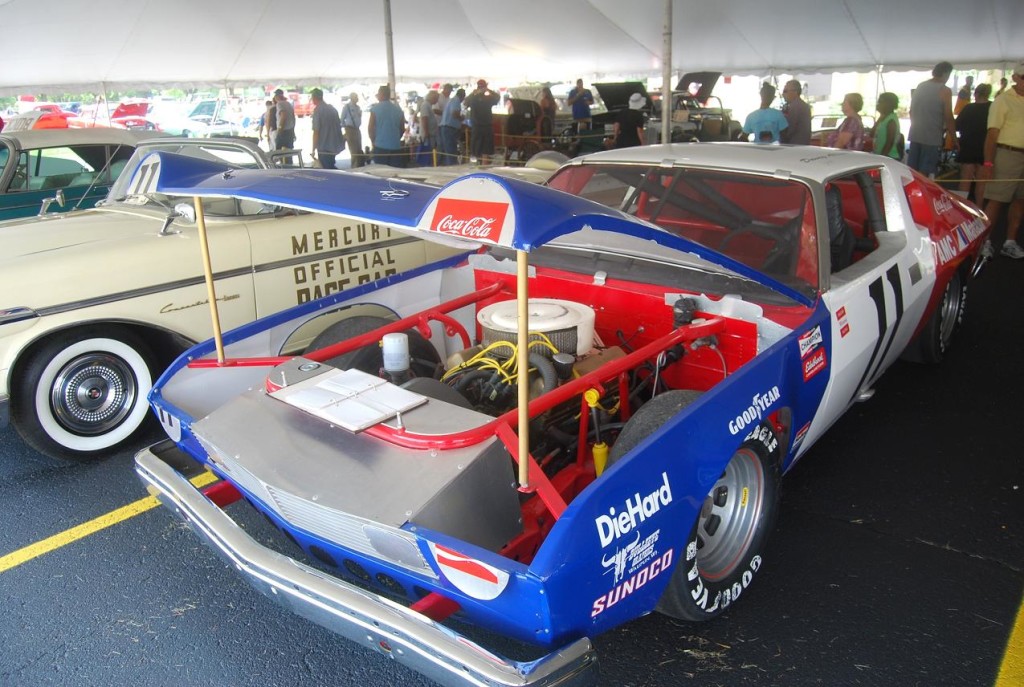 Larry Southard of Waupun, Wisc. was in the right place at the right time when he got the No. 11 AMC Matador that Bobby Allison and Davey Allison raced.  “They call it a ’75,” Southard told RacingJunk.  “But, there’s not doubt it could have been re-bodied from previous years by Penske Racing.”

Southard said that Bobby Allison got this car and his No. 12 car from Penske after he filled in for Mark Donohue, who was at another race.  “Bobby started driving the cars for Penske,” Southard explained.  “Then, later, Penske just sold it to him because he was disgruntled with the president of AMC because he wouldn’t approve to the cars that Allison suggested.”

Bobby ran the No. 11 car in Wisconsin.  It raced at the Milwaukee Mile and at Wisconsin International in Kaukauna.  “He also did a lot of ASA and USAC races here with it,” Southard said.  The Allisons were also running their No. 12 Matador, so Bobby turned No. 11 over to Davey.  It was the first car that Davey drove in Winston Cup races.

“After that, he competed in a lot of Winston West races,” Southard pointed out.  “He then wrecked the car at Phoenix.”  The AMC program was just about over by then, so the car was sold to Randall AMC in Mesa, Ariz.  Southard was a fabricator for Randall and did off-road racing for the family, which had one of the top off-road teams going between 1976 and 1980.  Bobby Allison used the Randall facilities to prep his Winston West cars.

The Randalls thought they would take the car apart and rebuild it to use it in Winston West racing.  They took off the sheet metal and more or less took the car apart.  They sandblasted it, but then they lost interest in the project and put it out in a yard.  Southard came to work for them in 1990 and five years later, they gave the old race car to him.  He brought it back to Wisconsin and re-skinned it and put it back to its racing condition.

“I practically lived with the Randalls and they gifted the car to me,” Southard explained.  At one time the Matador looked like little more than a pile of junk, but today it’s a hit at the race track and at events like the Iola Old Car Show where some of the accompanying photos were snapped.

9 Comments on AMC Matador Racer Rises from the Ashes