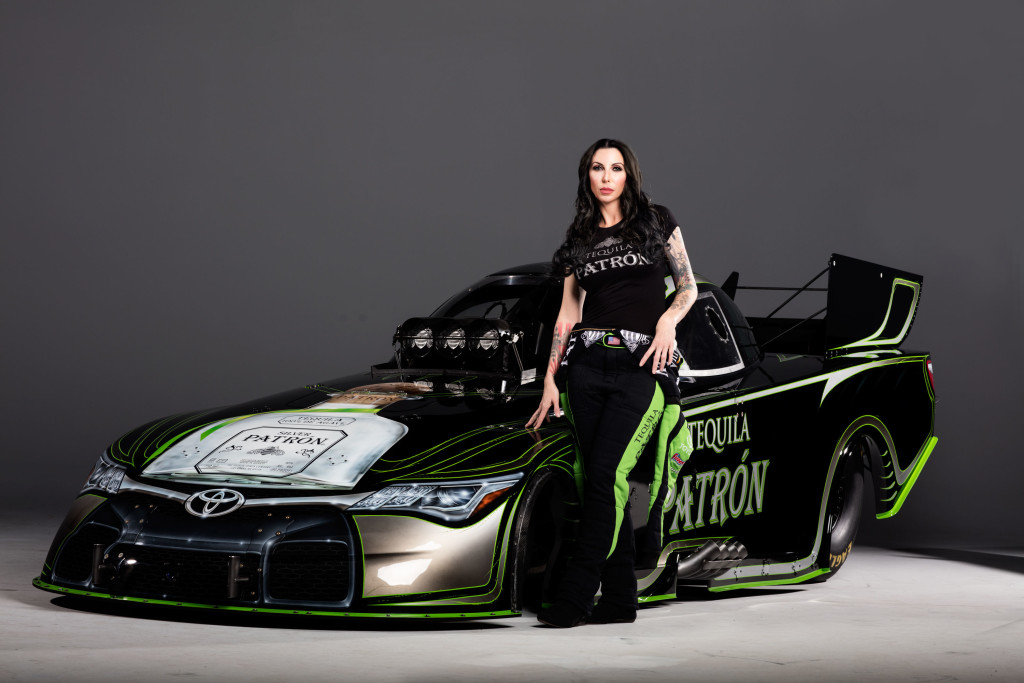 Alexis DeJoria will have a familiar look in 2016, bringing back the ionic Patron Spirit Company’s standard green and silver livery on its Kalitta Racing Toyota Funny Car.

She began her nitro career in 2011 and advanced quickly up the ranks, fulfilling her wish of winning in 2014, coming home victorious in three races including the esteemed U.S. Nationals including the first woman to reach the three-second Funny Car zone.

In 2015, she debuted the season in the Patrón XO Cafe Incendio paint scheme and what started as just a one-race promotion was such a fan favorite the company decided to keep it all year. 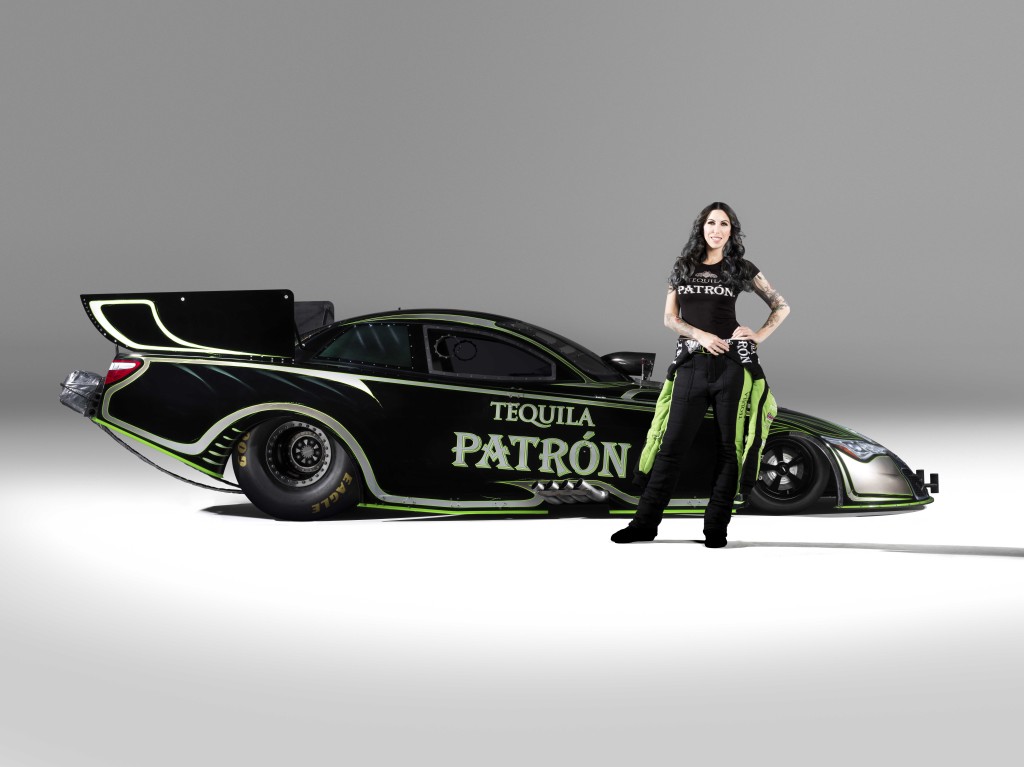 “Alexis and the entire Patrón XO team were tremendous partners in helping us launch and generate excitement and awareness for the new Patrón XO Cafe Incendio,” said Lee Applebaum, Chief Marketing Office at Patrón Spirits. “However, in 2016, we decided to return to the classic Tequila Patrón livery on Alexis’ Toyota Camry Funny Car for the 2016 season. Additionally, this more closely aligns Alexis DeJoria Racing with our global motorsports marketing platform, including our Tequila Patrón ESM Team, racing in the World Endurance Championship series. Though it can sometimes be difficult to see clearly at 300-mph, we couldn’t be more proud to fly our colors, and our iconic Patrón Silver bottle, on Alexis’ incredible 10,000-horsepower race car.”

With preseason testing starting this weekend at Wild Horse Pass Motorsports Park in Phoenix, the three-time Funny Car winner Alexis DeJoria couldn’t be more excited about the decision to return to the classic Tequila Patrón livery. 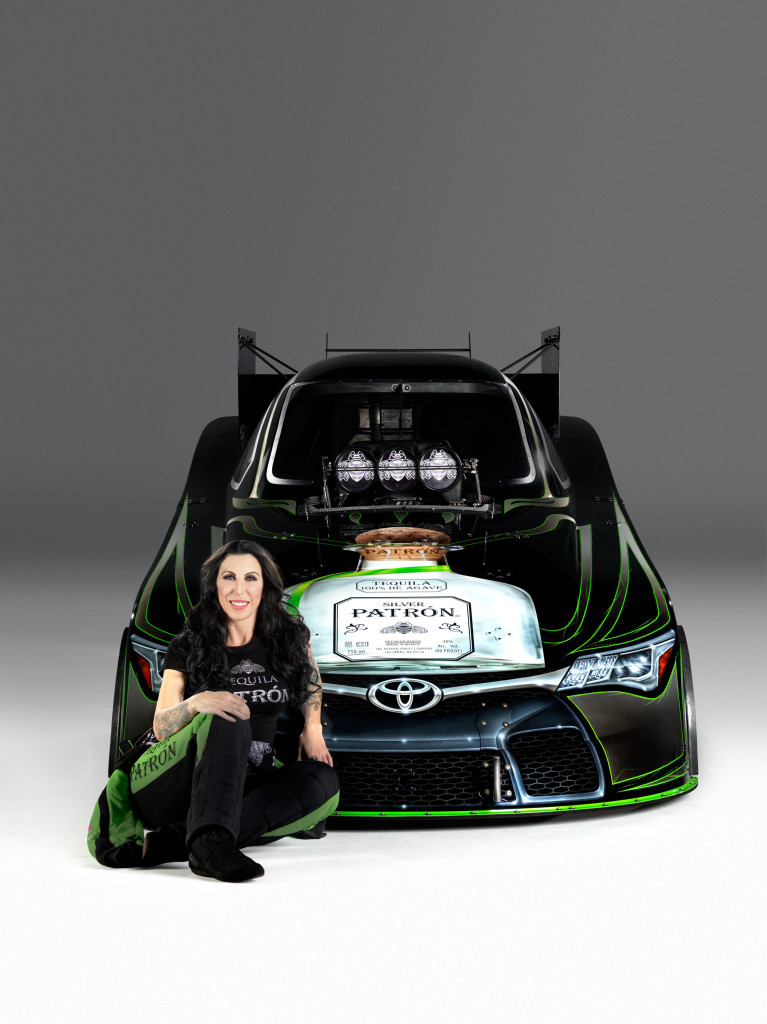 “We started our first season in Funny Car branded with Patrón Silver. I love the way the green and silver looks on the car, it’s incredibly sharp,” said DeJoria. “It makes sense to represent the company’s flagship spirit on our Toyota Camry. I think the fans will like it too – it’s very recognizable. Everybody knows that label. When you think of Patrón, you automatically think of the Patrón Silver bottle. Over the years, we’ve had a lot of fun with the other Patrón brands on our car, but I’m really happy to get back to our roots for year five.”

Alexis DeJoria and the Tequila Patrón Toyota Camry Funny Car team take to the track on Friday, February 12th in Pomona, California for the first qualifying round of the NHRA season at the 56th annual Circle K NHRA WinterNationals.