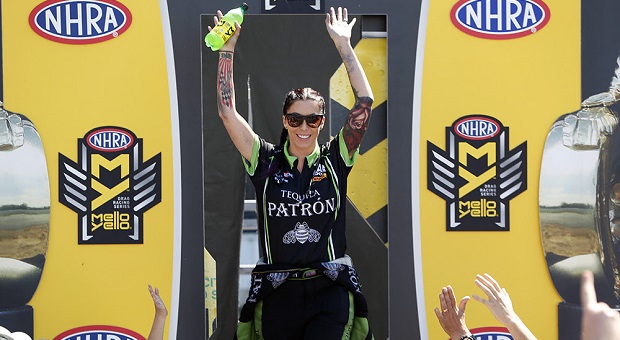 At the end of the 2017 season, Kalitta Motorsports Funny Car pilot Alexis DeJoria is retiring from NHRA competition.

“It’s one of the hardest decisions I’ve ever had to make and I will miss everyone so much. My reasoning behind this decision is simple; it’s time for me to switch my focus towards my family,” said DeJoria. “I’ve accomplished great things throughout my NHRA career. Working with Kalitta Motorsports and driving for Connie Kalitta has been an absolute honor – the man is a legend. He’s been the best boss I could have ever hoped for as a professional nitro Funny Car pilot. I can’t say enough about Jim O [Oberhofer], Nicky [Boninfante], Tommy [DeLago] and the entire organization I’ve had the pleasure of working with these last six plus years. I got to work with and learn from the best.” 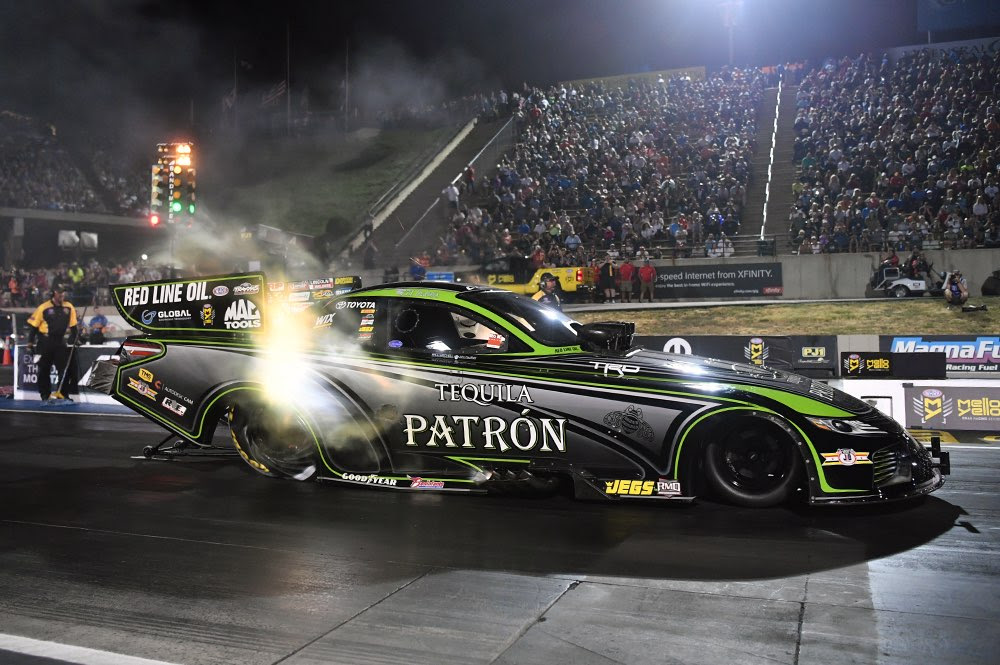 Kalitta Motorsports Vice President of Operations, Jim Oberhofer, said, “I am very proud that she is taking the time to spend with her family. I know very well how precious that time is and how easily it can get away from you. Alexis will always be a part of our Kalitta family and we wish her nothing but the best.”

Beginning in 2005, DeJoria started climbing through the NHRA ranks in the Super Gas, Super Comp and Top Alcohol Funny Car classes. In September 2011 she made her professional debut in the Texas NHRA FallNationals. During the six years of her Funny Car career, she has earned five event wins (including the U.S. Nationals), four No. 1 qualifiers and eight final round appearances. She was also the first female Funny Car pilot to break the four-second barrier, and the first woman to compete in 100 Funny Car events.

Here are RacingJunk, we’ve followed DeJoria’s racing career, and have even had the chance to interview her. We’ve also kept readers up to date on her plans and efforts, like her popular ‘Free Mammograms for the Fans’ program.

DeJoria said she intends to gather as many round wins and Wallys as possible in the remaining three NHRA races prior to retiring after the 2017 NHRA Finals in Pomona, California. 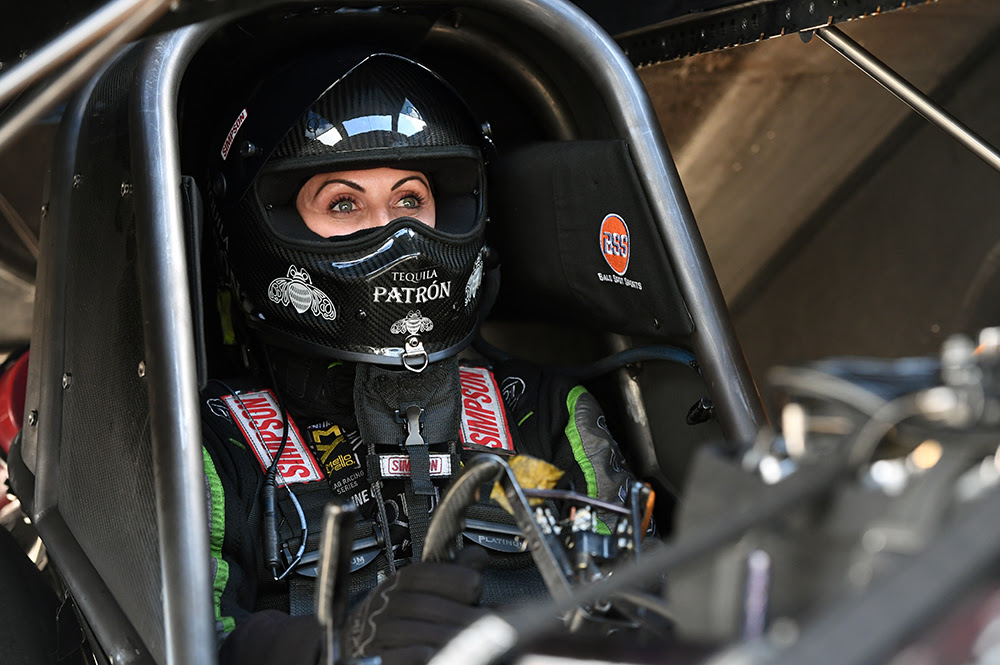 “We still have three races left,” said DeJoria. “By no means is it over yet. We still have a fighting and winning attitude. I’ve got a great car and an excellent team. I want to thank our incredible fans and everyone who has supported our team along the way. A huge thank you to The Patrón Spirits Company, Toyota and all of our sponsors who have had our backs these years.”

Lee Applbaum, Global Chief Marketing Officer at Patrón Spirits International, said, “It’s been a tremendous honor sponsoring Alexis DeJoria and her team for the past twelve years, watching her make history time and time again as one of the most accomplished female athletes in motorsports. She’s truly been an inspiration and a role model to so many, and we’re proud that our brand has been her partner throughout this amazing journey.” 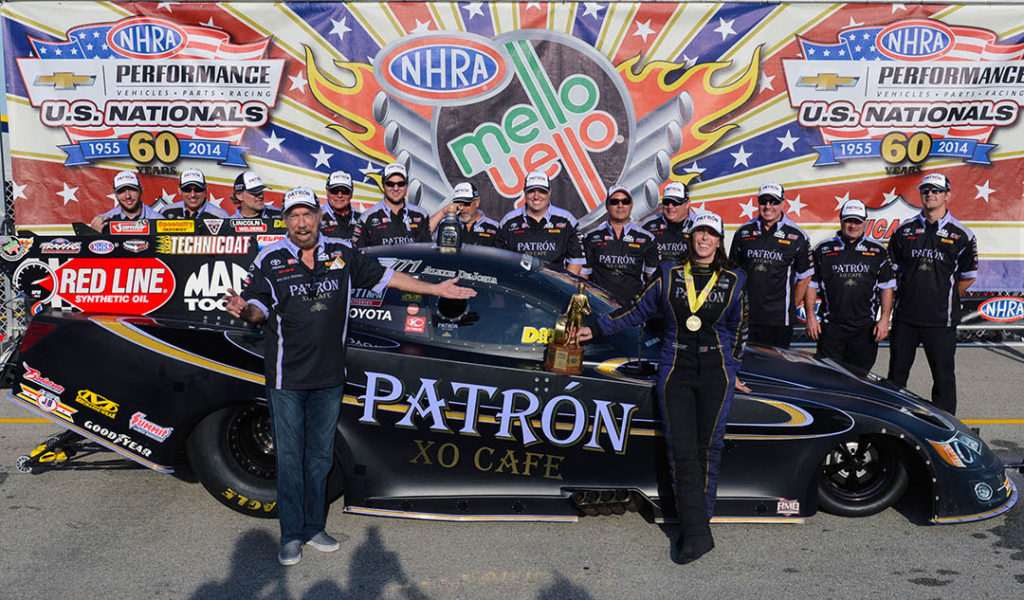