From there, the race lived up to its name, creating a serious ordeal for drivers and crews who had to put on rain tires, and make other quick decisions in the rainy weather.  Eventually, the rains stopped, letting teams switch back to dry slicks just past the halfway point.

Then with 20 laps to go, storm clouds came back with a fury of rain showers and again had crews scrambling to change back to rain tires. All of this played right into Justin Marks’ skillful driving hands.  As many drivers raced to the front, Marks let them make numerous mistakes as he paced a clever tempo that might have not been the quickest, but the steadiest leading for 43 circuits.

“These are as tough conditions as you can put drivers in,” said the 35-year old, Marks from a makeshift Victory Lane in the garage area.  “It’s just really hard on everybody when it’s dry and wet and you don’t really know what to do, so strategy plays a big role in it.  You know, my specialty is road racing in the rain in these stock cars and I don’t get much of an opportunity to do it so when that opportunity presents itself, you have to really take advantage of it and I about threw it away today.  I knew if the race ended in the rain that we would have a real shot at winning it   I’m just really happy.” 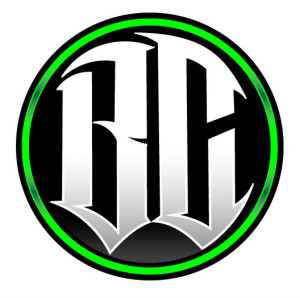 “He’s a real American-hero race-car driver, Bryan was,” said Marks, his voice cracking.  “They don’t make‘em like that anymore.”  Every Xfinity team ran BC decals saluting the formidable racer.  #BCStrong

Pole sitter Sam Hornish finished second despite running off course many times but rebounded holding off Ryan Blaney at the end.

“My hats off to Justin Marks,” said an exhausted and wet Hornish.  “I generally held myself as a pretty decent rain racer and even given the opportunity there at the end, I couldn’t do anything with him.  I would have to take massive chances with our car to be able to do anything and you still gotta pass him to keep up with him.  I wish we would have gotten a little more out of it.  In the dry, I feel like we could win, but Justin went out there and was just a monster in the wet.”

Darrell Wallace Jr. had the lead off a restart with 14 laps left, then went off the track several times ending up finishing a frustrating 15th leading for seven laps.  Another green flag waved with two laps to go with Marks holding off Hornish and Ty Dillon with his consistent pace to win by 3.707 seconds at the finish.

Eight yellow flags slowed the field for 32 laps, more than a third of the race, with 13 lead changes among eight drivers.

Next up for the NASCAR Xfinity Series is night racing at the high-banked Bristol (Tenn.) Motor Speedway for the running of the Food City 300 on Friday, Aug. 19.  Kyle Busch is the defending champion of the race.