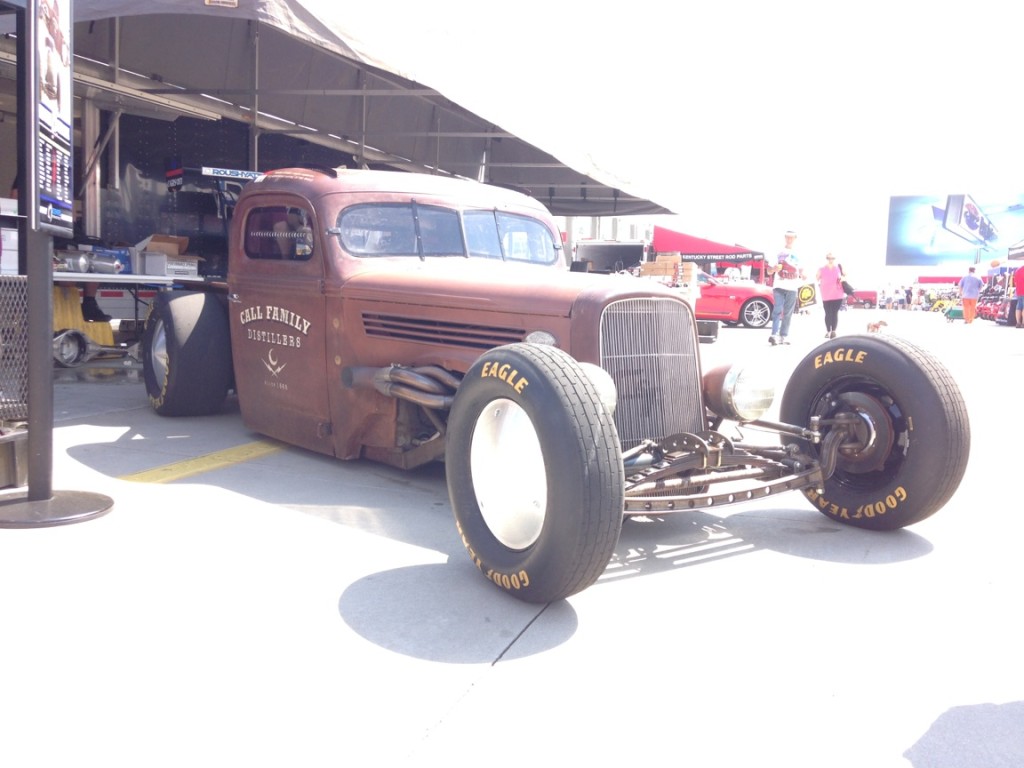 We first heard about The Uncatchable via text message (that’s because our buddies at Roush Yates sometimes get really excited and text us instead of emailing us. This is 21st century life in the automotive world. It’s a pretty great place to be).  However, we got just as excited just as quickly.  The Uncatchable is a 1939 Ford Street LegaL Land Speed Racing Truck built by NASCAR fabricator and Garage Shop owner Aaron Brown from a car he found on RacingJunk.com, full of racing parts from Roush Yates Performances Products including the 358 Ford NASCAR motor, rear-end, driveshaft, fuel cell and much more.

The chassis design is based on a Sprint Cup car, which makes sense based on Brown’s background working with NASCAR teams, and his experience setting land speed records. His run in the Dodge was a 244.9mph pass record that still stands to this day.

The video below from RoushYates is the first in a three part series about the vehicle:

Brown was inspired not only by old hot rod magazines that he ran across at the Charlotte AutoFair two years ago, but also by his time racing a Dodge Sprint Cup car and setting a landspeed record with it at Bonneville.  He wanted to take that inspiration and build something that paid homage to past racers and builders.

“I wanted to honor the pioneers of speed who built these hot rods in their garages using whatever parts they could find,” said Brown “They spent every dime they had and built these machines on their dirt floor garages. We wanted to keep that tradition alive so we went with the 39 FORD truck.”

Brown plans to run The Uncatchable at the Ohio Mile, as well as taking her to Bonneville and we will be following the story with bated breath. Meanwhile, attendees can see the truck in person this weekend at the Charlotte AutoFair.