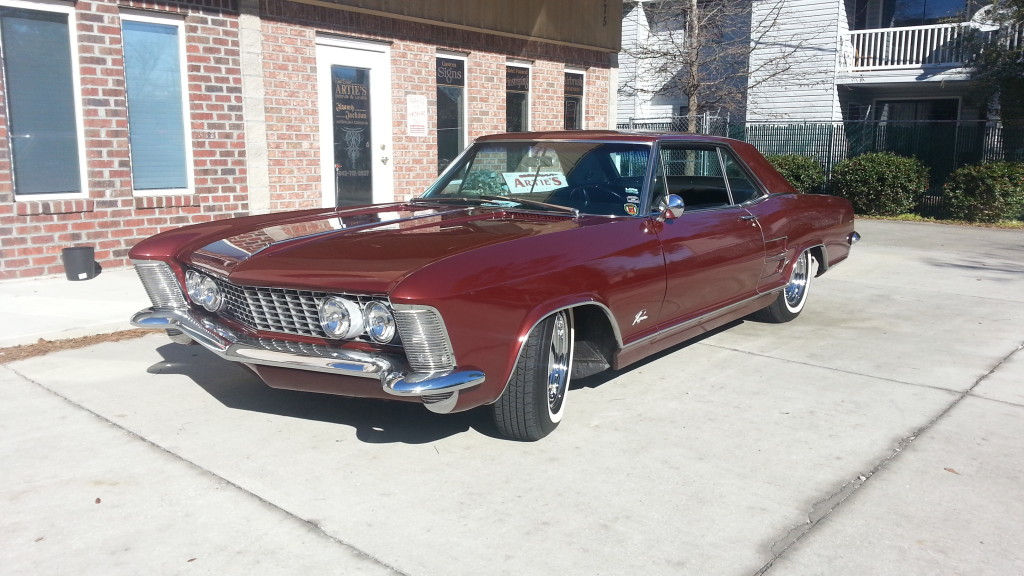 “It’s all Jon Buttons fault,” explains pin-striping guru Art Schilling. “On a trip to his house last summer, we were roaming around in his garages and came upon a dual quad manifold for a Buick Nailhead. Jon asked me if I knew what it was, and I said sure, it was an option on ’64-’65 Rivieras.”

Artie has a ’63 Buick Riviera in need of a little more oomph, and the quad manifold smacked of extra power and just the kind of oomph he was looking for.

“So how much do you want for it?”he asked. Buttons wasn’t sure he wanted to part with the manifold at all, but six weeks later he showed up at Artie’s Party, the annual fundraiser thrown by Schilling at the Syracuse Nationals.

“Here,” said Buttons, manifold in hand. “Put this on your Riv.”

Fast forward to the 2013 SEMA Show where a casual conversation – the hallmark of all race and vehicle enthusiast transactions – put Artie in touch with the good people from Edelbrock.  “They told me exactly what I needed to get this project off the ground,” explains Artie.  “I got home, ordered the carb, and that’s when things got crazy.”

The plans for the Riviera were a little bit ahead of the car itself.  Two months of detailing and painting the engine compartment finally got it ready for the install.  Follow along below to see the (eventual) evolution of the Riv into a rockin’ ride.

Artie also want to give a special thanks to the guys at Advanced Plating for the cool Billet Specialties air cleaner.