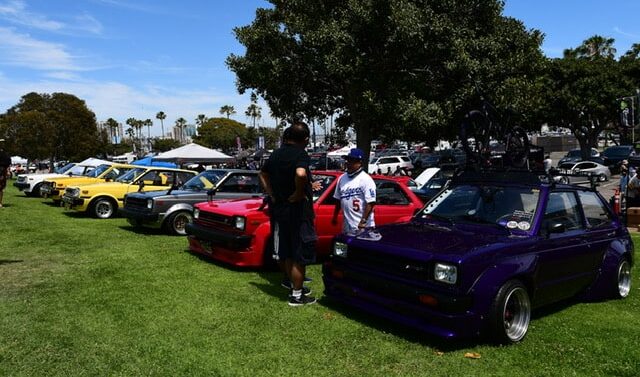 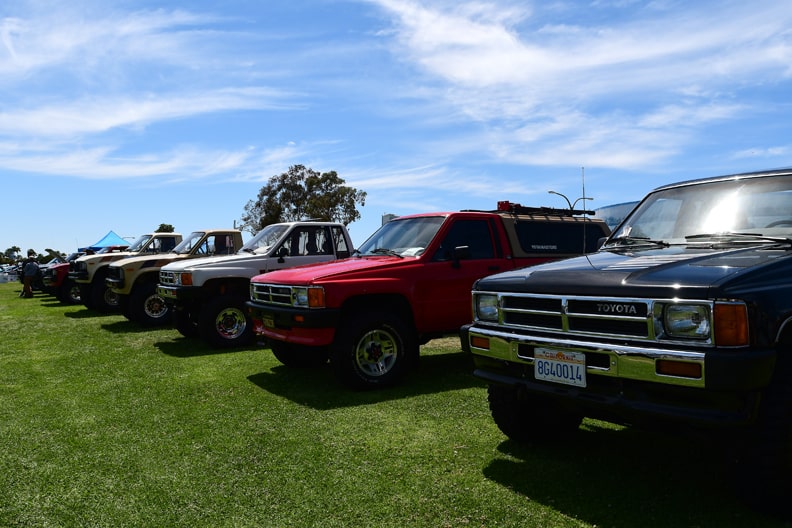 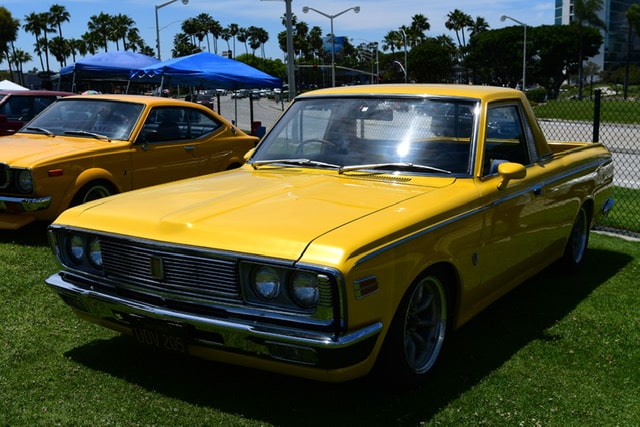 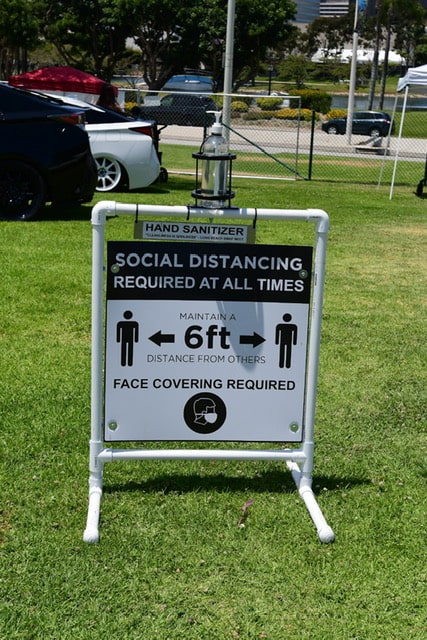 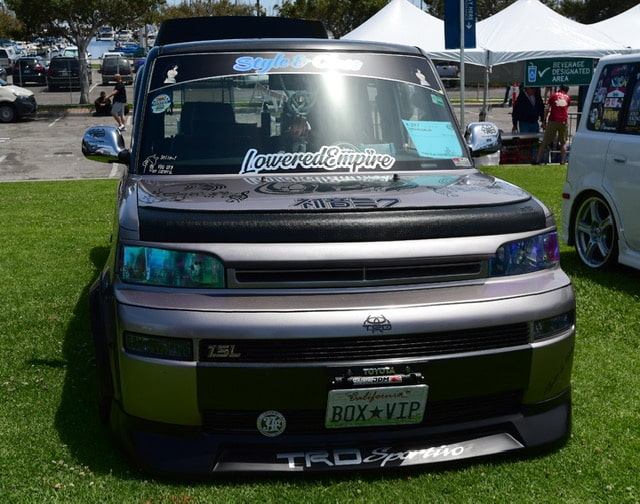 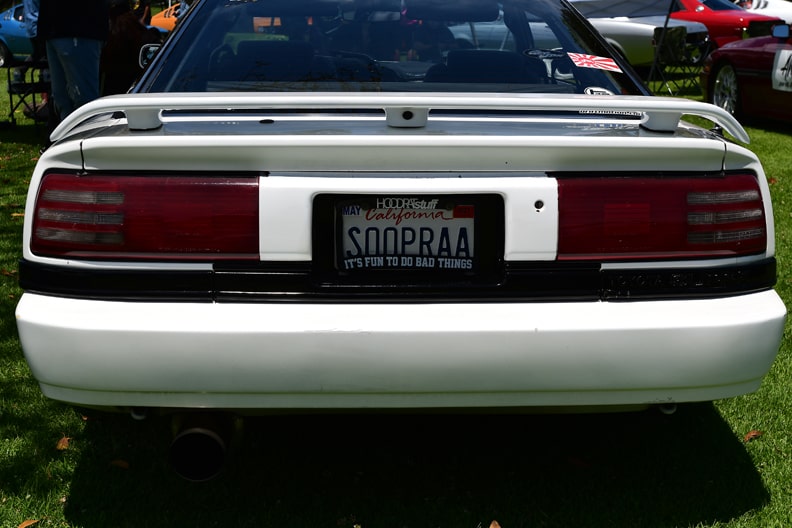 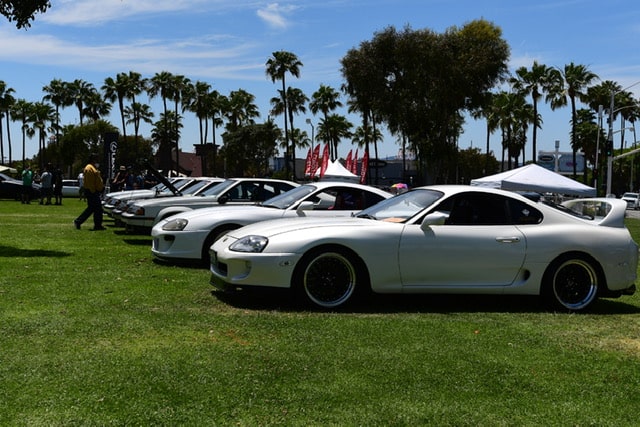 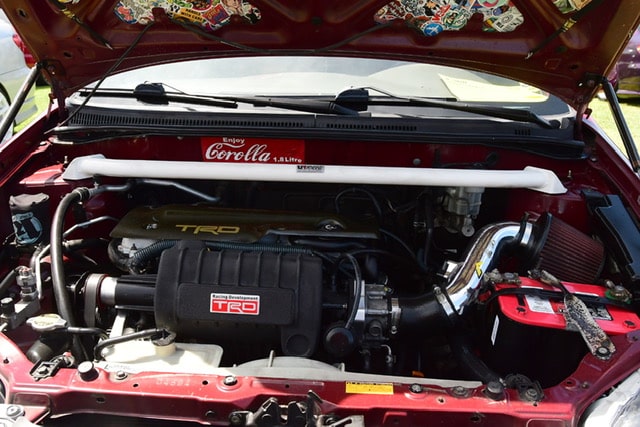 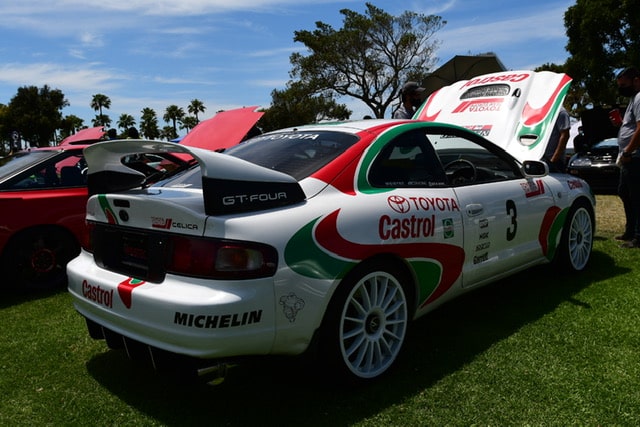 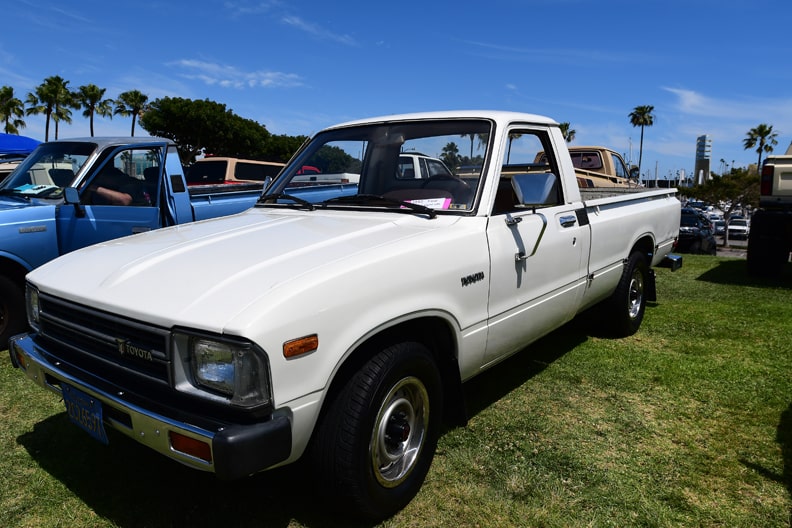 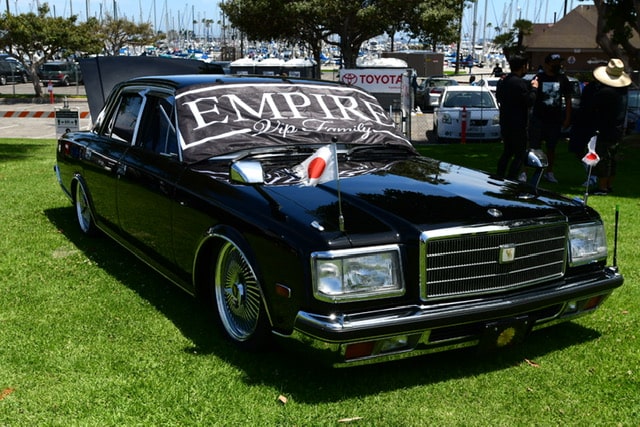 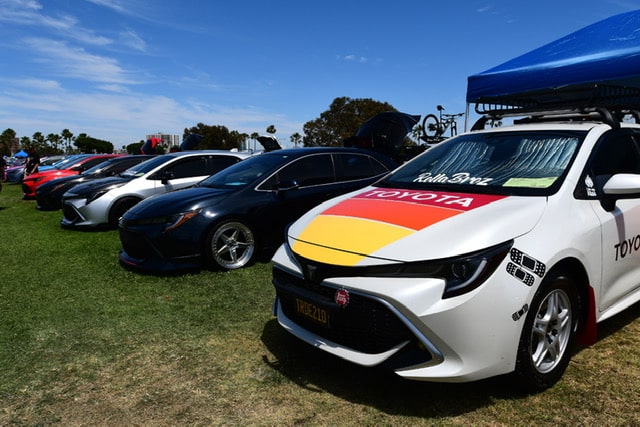 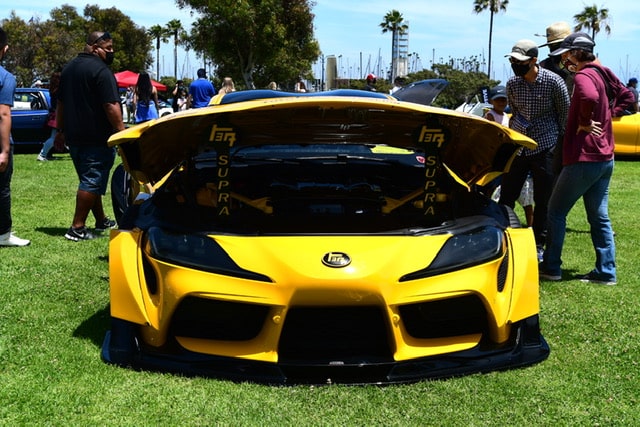 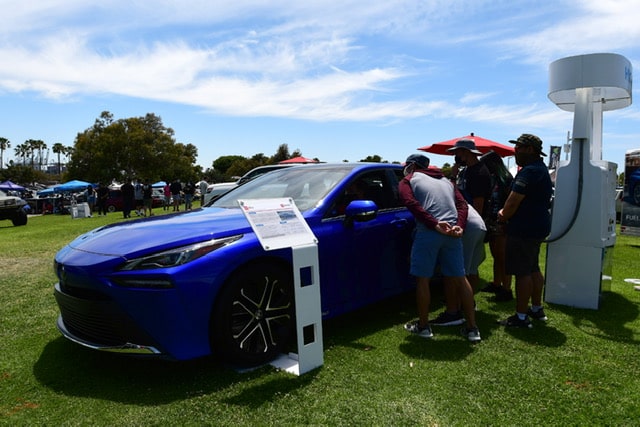 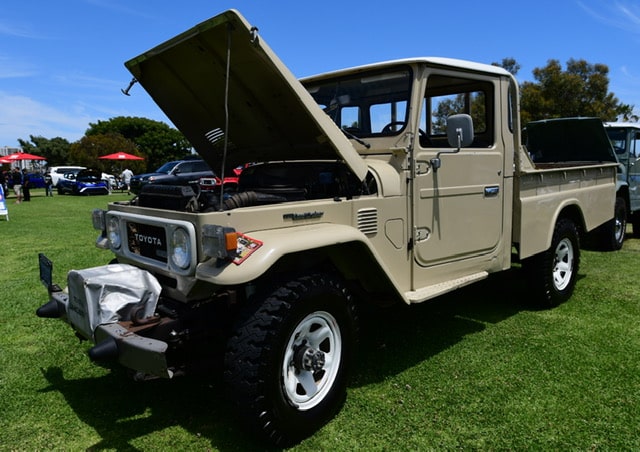 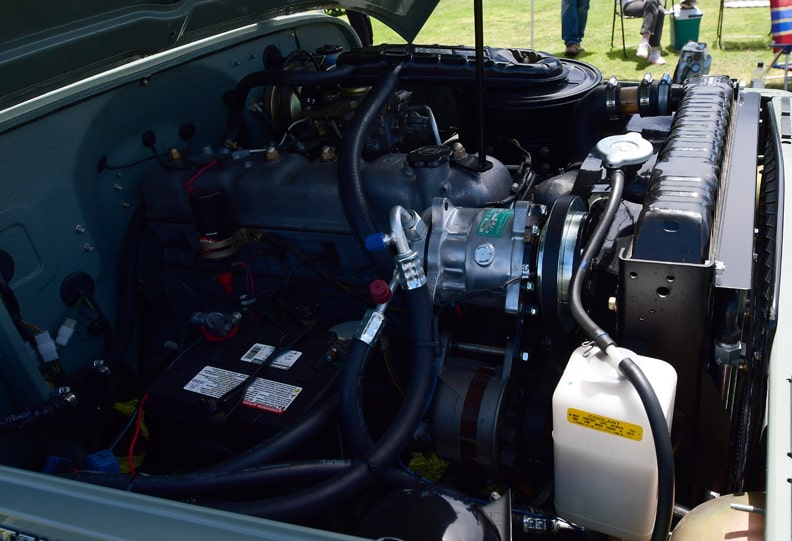 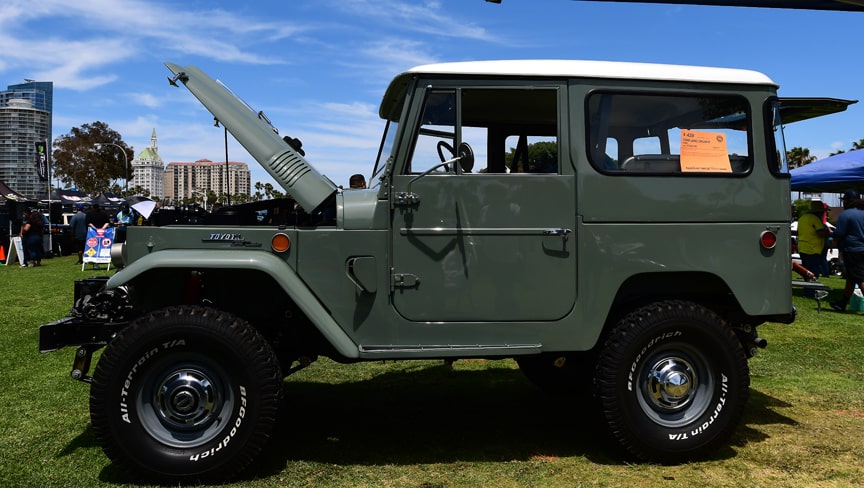 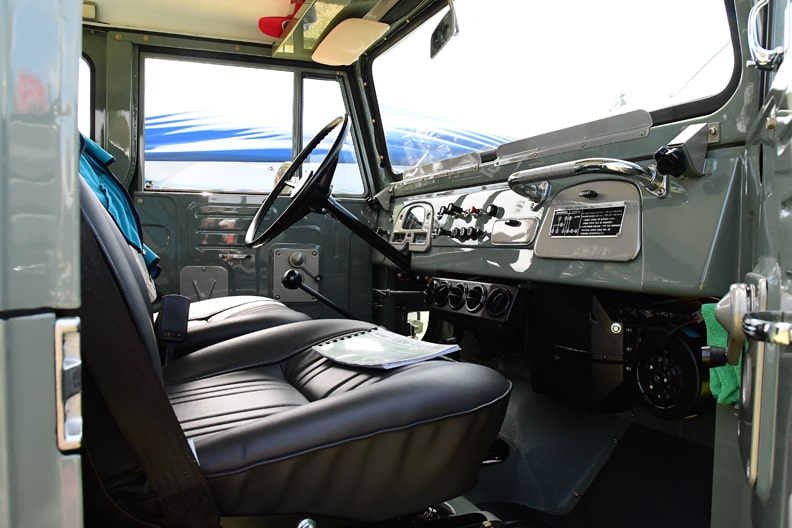 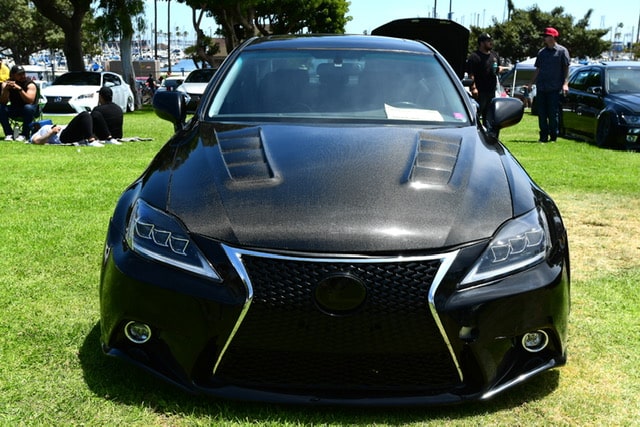 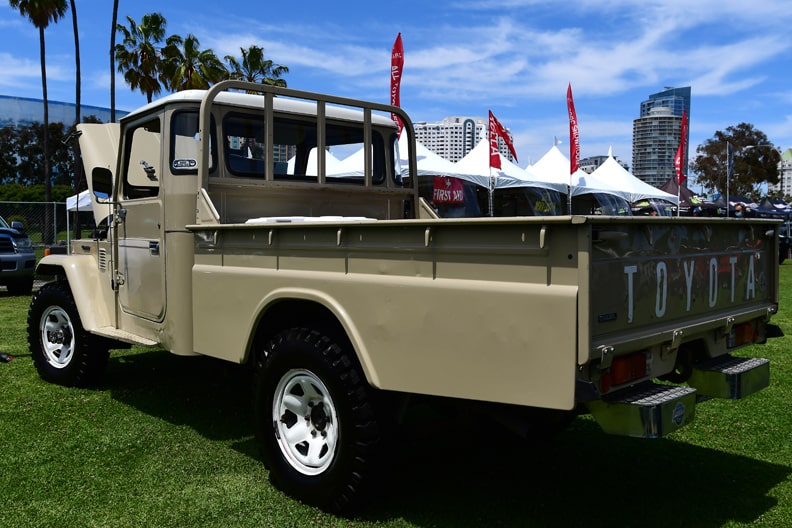 Toyotafest - its 25th incarnation - occurred next to the Pacific Ocean in Long Beach, Calif. on Saturday, June 5th. About 450 Toyota and Lexus vehicles began lining up at daybreak for the show that celebrates the marque in all of its iterations, from the oldest to the newest and in between. There were stock vehicles, wildly modified vehicles, show cars and trucks. Plus aftermarket vendors galore, although food trucks, the normal prize-giving and live music wasn’t part of this year’s program.

Mostly, though, this was an opportunity to celebrate being outside in beautiful weather, getting together and enjoying one another’s cars, vans and trucks. Owners came from all over the country, but the pandemic did limit some fans from traveling to Long Beach for this event, as worries about the possibility of catching COVID-19 - even in this outdoors venue - kept many at home.

Signs were posted throughout the Marina Green Park to social distance and there were plenty of sanitizing stations. People used them, too. Apparently, there are lots of responsible Toyota and Lexus owners, and their fans. The city capped the event at 6,000 attendees - whether that included those showing cars wasn’t made clear - but the crowds were polite, careful and respectful of others.

Many who had modified their vehicles were glad they’d put in hydraulic or air suspensions as the entryway for the longitudinal park was a bit on the steep side and no one wanted to ruin expensive rims and elegant paint jobs. Many laughed about having to change settings simply to get up the slight hill to their assigned spots.

The organizers, the Toyota Owners and Restorers Club (TORC) and local dealer/sponsor Cabe Toyota, gave entrants color coded entry placards that allowed volunteers to place like models together on the greenbelt. The largest contingent were Corolla cars and hatchbacks. The new Corolla hatchback has become a favorite of modifiers and the many iterations were lowered, had wheel-tire updates and interior modifications, as befits the best-selling model in the world.

Among the more unusual vehicles on display were the single Century model, still used in Japan to ferry diplomats and presidents and two trucks that caught this writer’s eye. The first was a 1968 Land Cruiser FJ40 that had a nine-year restoration, including a 1974 engine and transfer case. It was in exceptional condition, as was its immediate neighbor, a 1984 HJ47 Land Cruiser pickup with a six-cylinder diesel engine that was in original condition, unrestored and capped out at around 40,000 miles. The diesel pickup was originally exported to Central and South America, the owner said.

Yes, the cars were special - especially to their owners - but the joy of being at the park and being able to mingle with fellow Toyota and Lexus aficionados, exchange information and enjoy this perfect day made the 25th annual Toyotafest a winning endeavor.

Click Here to Begin Slideshow
Back to Post
About Anne Proffit 893 Articles
Anne Proffit traces her love of racing - in particular drag racing - to her childhood days in Philadelphia, where Atco Dragway, Englishtown and Maple Grove Raceway were destinations just made for her. As a diversion, she was the first editor of IMSA’s Arrow newsletter, and now writes about and photographs sports cars, Indy cars, Formula 1, MotoGP, NASCAR, Formula Drift, Red Bull Global Rallycross - in addition to her first love of NHRA drag racing. A specialty is a particular admiration for the people that build and tune drag racing engines.