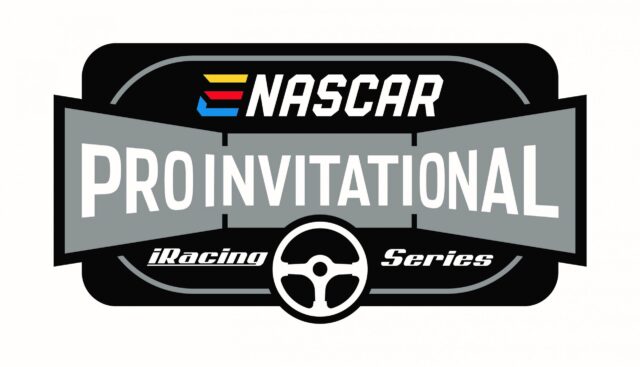 2020 was a rough year for many of us, many of the things we were so accustomed to doing were put on pause, rescheduled, or canceled. 2020 was also a very tough year for racing, with in-person racing in limbo in walked eNASCAR. After a successful and much-needed debut season that set the high watermark in viewership for televised esports programming, the eNASCAR iRacing Pro Invitational Series is set to return in 2021.

NASCAR and iRacing jointly announced an all new-look Pro Invitational that will showcase NASCAR Cup Series stars who will compete virtually in a 10-race schedule that will complement NASCAR’s real-life racing schedule, offering fans a new mid-week competition featuring NASCAR’s top drivers. FOX Sports, who played a pivotal role in setting viewership records for NASCAR and iRacing with the inaugural Pro Invitational last season, will broadcast the first five races of the series live in primetime on FS1. NBC Sports will air the final five races of the series, with its schedule and details to be announced at a later date.

With the NASCAR Cup Series set to visit new tracks and new markets in 2021, this year’s Pro Invitational will feature a mix of tracks designed primarily to focus on the upcoming weekend’s “real life” race – a feature that will be particularly beneficial in giving fans an idea of what to expect as the real-life drivers take on challenging new circuits throughout the season.

“The success of our eNASCAR iRacing Pro Invitational Series was underscored by an industry-wide effort to entertain fans during the early months of the global pandemic,” said Tim Clark, NASCAR senior vice president and chief digital officer. “This year the Pro Invitational will return with a schedule of midweek races that will bridge the gap between our real-world races each weekend.”

“After last year’s Pro Invitational success, we’re proud that our partners at NASCAR, FOX, and the race teams view the series as an integral part of their marketing and fan engagement strategies for 2021,” said Steve Myers, iRacing executive producer. “It’s even more fulfilling that the industry has rallied around our platform not only as the most authentic re-creation of the sport, but also a terrific tool to help grow NASCAR’s audience and generate revenue to strengthen the entire ecosystem.”

The first five mid-week events will air on FS1 on select Wednesday nights beginning March 24th, featuring an exciting mix of races that include Bristol Motor Speedway’s new dirt configuration, fan-favorites such as Talladega Superspeedway and Darlington Raceway, and Austin, Texas’ famed Circuit of the Americas’ facility. NBC Sports will pick up the second half of the 10-race season once the network’s broadcast window begins in June.

“FOX Sports embraced the eNASCAR iRacing Invitational Series in the spring as a way to keep race fans entertained, but we quickly realized it was a product and collaboration that we would continue to explore,” said FOX Sports Executive Producer, EVP/Head of Operations and Production Brad Zager. “The product is best-in-class, it delivers NASCAR to an even broader audience and, let’s face it, it’s a heckuva lot of fun.”

Details around the fifth race in the FS1 window, plus further plans for the second half of the ’21 Pro Invitational schedule, will be announced at a later date.

For more information on the eNASCAR iRacing Pro Invitational Series, along with other esports initiatives, visit www.eNASCAR.com.