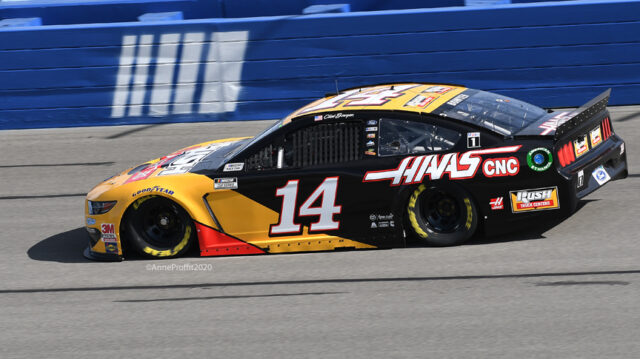 Clint Bowyer, the driver of Stewart-Haas Racing’s No. 14 Ford Mustang in the NASCAR Cup Series, has elected to climb out of the window one final time in Phoenix this November and turn to his verbal talents, talking about the series, working with Fox on its NASCAR coverage, beginning in 2021.

It’s a stellar move for the Emporia, Kansas native, whose media appearances are always fun and informative. He was the perfect choice to take over the No. 14 after Tony Stewart retired, as both men exemplify great talent behind the wheel and great fun away from a race car.

“Was I ready?” Bowyer, 41, rhetorically asks about his decision to leave the No. 14? “I was getting ready. I was getting close to being ready. Was I ready after this pandemic and this Covid year of no fans and a weird way to go out? No, and I don’t think probably Jimmie Johnson was either, but was I looking for that ‘what’s next’ moment or opportunity? That answer is absolutely yes.”

Bowyer’s been in discussion with Fox and since he did commentary while competing in NASCAR’s iRacing competitions. “This pandemic led to that opportunity to get in the studio with Jeff (Gordon) and Mike (Waltrip), and have a ton of fun doing those iRacing races that really kind of kept us on the map with our sport and kept our sponsors propped up, kept the business moving, kept it going around in circles. 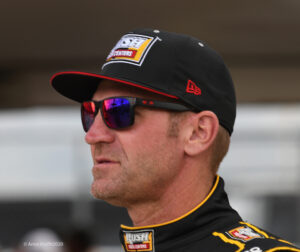 “That was a ton of fun for me and it opened my eyes up in a big way. It was just something that nobody expected that opened the door for this opportunity we took.” Having lived out of motorhomes since he started racing at age five, Clint Bowyer is also looking forward to maybe being more of a husband, more of a dad. He’s looking forward to “more time with the family, still being a big part of this sport. I love being part of this sport and I didn’t want to just retire,” Bowyer acknowledges.

“If this opportunity with Fox didn’t come to the table, I was going to be in a car somewhere, somehow. I wasn’t gonna just quit and run off into the sunset because I like this sport and I wanted to find a way and a future with it. Luckily, this happened,” he said.

Seat-of-the-pants feel is always important for a racer, and Bowyer started his racing career in Kansas’ thriving motocross community. He moved to cars and raced street stocks, advancing to local NASCAR competition in 2002. His success in the midwest caught the eye of Richard Childress, who put him in the ARCA Re/Max Series in 2004, transitioning to what is now Xfinity Series and winning that championship in 2008, even as he was also racing part-time in the Cup Series.

By 2009 he was working primarily in the Cup series but still winning races in Xfinity. The winner of 10 Cup races throughout his long career, Clint Bowyer moved from Childress’ Chevrolet-based operation to Michael Waltrip Racing in 2012, where he achieved his best season-long result of second place,  driving a Toyota.

Waltrip and Bowyer decided to part ways after the 2015 season, which was prescient, as Tony Stewart announced his retirement, opening the door for Bowyer to take over the iconic No. 14 Ford, which is where he’ll call checkers on his driving career. Last weekend on the Charlotte “roval”, Bowyer recorded a tenth-place finish, which was good in the rapidly changing conditions, but not enough to take Bowyer on to the next round of NASCAR’s 10-race playoffs, the Round 8. He’s currently in 10th place, and missed the opportunity to move up by 943 points, behind eighth-placed Kurt Busch and Austin Dillon.

So that elusive Cup championship will remain too far away to capture and, while Bowyer still wanted more, it was the right decision at this time. “There’s certainly things that you’ll always be not satisfied about, but I’m very satisfied with being able to be a part of this sport for a long time, having a lot of friends in this sport, making a lot of friends because of this sport, representing so many different organizations and just powerhouses in corporate America. It’s cool to have those relationships to this day, to be able to look back and say, ‘Hey, man, I represented them. They were a sponsor of mine… ‘ and those are the things that were afforded to me in my life and my family because of this sport and being part of it for so long. I don’t regret anything.”

Bowyer might have regretted the fights, the taps, the spin-outs, all of them. But he’s never regretted the fun. “I can promise you this: I’ve probably had more fun than about anybody out there these last 16 years, probably too much fun sometimes, but would I take anything back or change anything? Absolutely not. We got close once – finished second and I think fifth – had good runs within the playoffs and things like that. Did I win as many races I would have liked? No, but I had wonderful opportunities to [do so] and raced for a lot of good organizations. I won races for all three manufacturers and that’s something super cool.”

There’s still the opportunity to add to those ten Cup victories, starting this weekend at his home race,

the Hollywood Casino 400 on Sunday. Plus he can add to his 11 top 10 results in this crazy 2020 season and his 225 career top 10 finishes. Clint Bowyer still has plenty of fuel in his drive to succeed, but the on-track opportunities are waning. A win at home would be the perfect capper to his driving career.