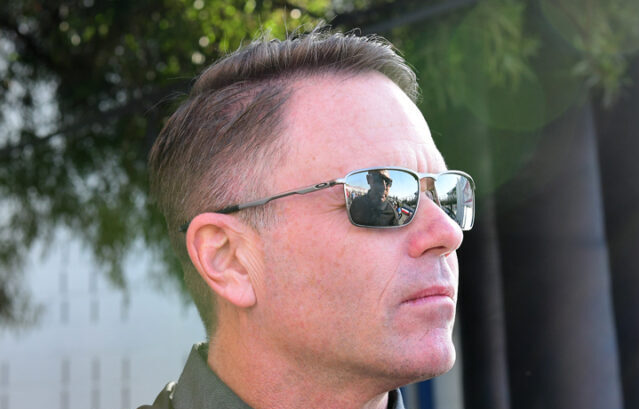 As if 2020 couldn’t get any stranger, NHRA is suing The Coca Cola Companies, its primary sponsor of the Mello Yello Drag Racing Series. NHRA president Glen Cromwell produced an explanatory message on the internal www.nhraracer.com website on Monday, September 21st concerning this new development:

“2020 is a year we will never forget. As the country and the world paused in the face of COVID-19, NHRA, like other sports sanctioning bodies, canceled and postponed events.  We had to do our part to protect public health and our decisions were based on evolving governmental and public health guidance. We worked with our entire racing community, government authorities and experts to return to racing in a prudent way.  Now, we are one of the few sports anywhere that’s successfully returned to operating with spectators, with protocols in place to support those operations.

Like many organizations, the pandemic impacted our finances. For example, without fans in the stands, we were forced to reduce purses. The good news is that our overall financial health remains strong and we are excited to gear up for our 70th anniversary in 2021.  We are taking a bit more time to announce the 2021 national event schedule so we can have fuller information and more certainty.  The schedule might look different than before – it might start later and it might start on the east coast – but it will be packed with what everyone expects from NHRA racing.

I’m truly proud to say that the NHRA is the largest and greatest auto racing organization in the world, and we have all of you to thank for that, as well as everyone else with a passion for NHRA racing. When the pandemic struck, our entire racing family focused on everyone’s health and safety. On the pro series side, we continued to work closely with our series sponsor, Coca-Cola, and their Mello Yello brand.  Even though they decided to withhold a payment from us during the pandemic, they worked with us and all systems were go for their sponsorship to continue, as contracted, through the end of 2023.

Recently, Coca-Cola had a change of heart, and told us they would walk away from their agreement to sponsor our professional series — not at the end of 2023, as promised in their agreement, but now, after being with us since 2002.  We’re deeply disappointed that they’ve taken this position.

NHRA has always treated our sponsors as part of our family. Family sticks together when times get tough. But it seems The Coca-Cola Company is using the pandemic as an opportunity to break their promise. We can’t let that stand. We owe it to everyone who makes the NHRA so excellent – all our employees, teams, tracks, fans, partners and sponsors – to hold Coca-Cola to its promises.

Today, in the United States District Court for the Central District of California, we filed a lawsuit against The Coca-Cola Company. We have never filed a lawsuit like this in our history, and we never expected to be forced to take action against such a longstanding partner. We value relationships with our sponsors.  We do not take this action lightly.  But we are unwavering in our belief that we have no other option to protect our rights and the interests of our racing community, especially the racers whose purse was funded in large part by this agreement.

Thank you for all you have done these past few months. We will continue to work with the greatest sponsors in the world, and together, we will cross many more finish lines, stronger than we have ever been before. “

NHRA’s Return to Racing began at Lucas Oil Raceway (LOR) outside Indianapolis in mid-July and left that venue following the 66th Denso Spark Plugs U.S. Nationals after Labor Day. During the latter, fourth race at LOR it was very unusual not to see the usual faces from Coca Cola, the gentlemen who disburse both prizes and funds at each event and at the series finale. Shortly after the U.S. Nationals, NHRA announced a further decimation of payouts. Something definitely smelled acrid.

It’s a strange time for motorsports but NHRA has done an admirable job in putting on four events since racing was stopped in its tracks just before the third race of the year, the 51st Amalie Motor Oil Gatornationals at Gainesville Raceway in Florida. The series is set to make that event occur this weekend, even with this specter of lawsuits hanging over the series head like the ominous black cloud that it is.

It’s obvious that all industries are suffering through this pandemic and that The Coca Cola Company is no different. But it does have an obligation to remain on-board through the 2023 season and to disparage that commitment will likely cost it more than the pittance it puts up for championships that cost way more than the $500,000 check a nitro champion will receive this year. If that even happens now that a lawsuit has been filed.

While I’m sure the contract is for the full balance of 24 national events and, like most other sponsors, Coca Cola is not getting their money’s worth this year, it’s a petulant response to a pandemic. NHRA likely knew this was coming when it lowered payouts for all the professional categories earlier this month; these things don’t happen in a vacuum, after all.

The Professional Racers Organization (PRO) has been working with NHRA to ensure a season of racing. Alan Johnson, president of PRO enunciated the group’s activities with regard to the current situation. The group was surprised by the reduction in payouts after the U.S. Nationals but still worked with the sanction organization to get revised hospitality and ticketing costs to offset added expenses with the purse reduction.

“The bottom line,” Johnson said, “is a pandemic has impacted all forms of entertainment, including drag racing at the highest levels. Race teams, track operators and NHRA need to race and not lose a ton of money. We are looking at the whole of drag racing,” since sportsman racing helps the bottom line appreciably, “and it extends beyond the 2020 season. We encourage maximum participation for the final five races of the season. We are working every day to get as many professional teams to every race” as is possible. “That has been and will continue to be our number one priority.”

In the past few years, professional drag racers have had to battle with increased costs that include travel and lodging, labor and insurance costs and, now, reduction of purses. The goal of the PRO organization, in concert with NHRA’s goals, is to “represent members teams, create an environment that promotes value for current sponsors, attract future sponsors, as well as provide, for fans in attendance and those watching over the air, an entertaining show, all while maintaining reasonable team budget expectations.”

It remains to be seen whether the final races of the NHRA season will occur, now that this lawsuit has been filed. Following this weekend’s Gatornationsl, NHRA is scheduled to race at World Wide Technology Raceway October 2-4, Texas Motorplex October 14-18, Houston Raceway Park October 23-25 and end the season at The Strip at Las Vegas Motor Speedway, October 30-November 1.