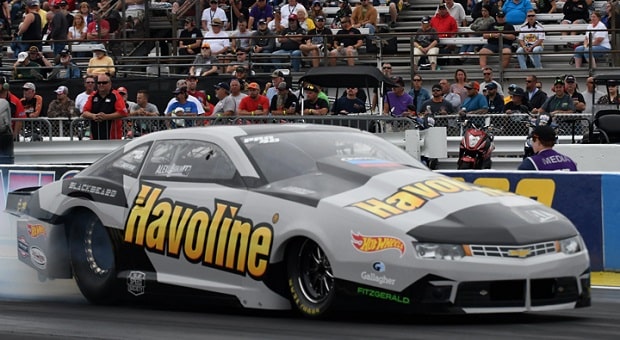 In advance of its celebratory 60th anniversary in 2020, JEGS, one of the largest high-performance automotive equipment retailers in the USA, has extended two of its NHRA sponsorships. JEGS has been the title sponsor of NHRA’s Allstars competition since 2002 and took over title sponsorship of the sanction’s SPORTSnationals in 2005. JEGS announced it will continue with multi-year extensions for both of these popular programs.

“JEGS and the Coughlin family are excited to extend our partnership with NHRA for both of these prestigious events for competitors in the NHRA Lucas Oil Drag Racing Series,” said Scott “Woody” Woodruff, JEGS director of media and motorsports. The company keeps the JEGS name on these two tradition-rich programs that are tailored to sportsman drag racers. “We take great pride in making these events better and better each year; this is another way to say thank you” to the racing community for their 60 years of support, he stated.

The JEGS Allstars event, which takes place annually at the Route 66 NHRA Nationals outside Chicago, is a race-within-a-race bonus program for the very best in NHRA’s Lucas Oil Drag Racing Series. High-performing sportsman racers face off in a battle for individual and team honors during the weekend, pitting top points earners from NHRA’s seven geographic divisions and four Top Alcohol regions. The JEGS Allstars race against each other in the culmination of a yearlong points battle.

The 2019 JEGS NHRA SPORTSnationals takes place at National Trail Raceway in Hebron, Ohio on September 20-22. This is a standalone event for competitors in the NHRA Las Oil Drag Racing Series that awards national points to competitors and features three days of intense racing action from top sportsman racers in the country. It’s considered one of the biggest and most prestigious weekends in sportsman racing.

Fires release carcinogens, and fire personnel can ultimately become ill from the effects of these. Two insurance professionals from Jacksonville, Fla., Bill Hamilton and Jeff Rountree, wanted to do something about that: find a way to protect first responders and enhance their personal safety. The duo founded Hoods for Heroes in order to supply protective hoods to first responders.

From the time these men began their program in 2018 to now, they’ve helped fire departments in 42 states and five different countries. Some of the recipients have been small, volunteer fire departments while others come from large metropolitan entities. The hoods reduce head and neck exposure to carcinogens by 99%.

During the 65th Chevrolet Performance U.S. Nationals, Hoods for Heroes presented 15 of their hoods to NHRA’s exceptional Safety Safari, thanks to contributions from E3 Spark Plugs and Lucas Oil Racing Series Competition Eliminator racer Ed Federkell, a retired firefighter with more than 30 years of service. Bullard, a leading manufacturer of high-quality personal protective equipment and systems, provided the hoods, which have a value over $2,000.

“This was a no-brainer decision for us,” said Don Ward, E3 Spark Plugs lead engineer. “We support first responders across the country and especially at NHRA national events with the Safety Safari. We have to thank Ed for his years of service and especially the efforts of Jeff and Bill, along with everyone at Hoods for Heroes.”

Interested in learning more about this program or donating to Hoods for Heroes? Visit www.hoodsforheroes.org.

There was a horrific accident late Sunday night as the E3 Spark Plugs NHRA Pro Mod Drag Racing Series was completing its fifth and final qualifying session. Sunday’s activities were stalled by rain and parts issues on-track and this incident occurred well into the nighttime, when Chad Green nearly performed a backflip in his silver and black Camaro race car. The car landed on its wheels – hard – and Green was transported by ambulance to Indiana University Methodist Hospital.

It was determined Green suffered an upper back injury and requires surgery. While his intent is to return to competition following this pending surgery and rehabilitation, the time frame hasn’t been set. “Right now,” said crew chief Pat Musi, “we’re focused on getting Chad on the mend. He’s alert, talking, knows what’s going on and what happened. The doctors have gotten his pain under control and he’ll be going into surgery this afternoon,” Musi said on Monday.

There could be no better place to announce an extension of their partnership than the 65th annual Chevrolet Performance U.S. Nationals. John Force Racing and Chevrolet have agreed to a multi-year partnership extension that will keep the Bow-Tie brand represented in both Funny Car, with John Force and Robert Hight piloting Chevrolet Camaro SS floppers, and in Top Fuel with the dragsters of Brittany Force and Austin Prock. 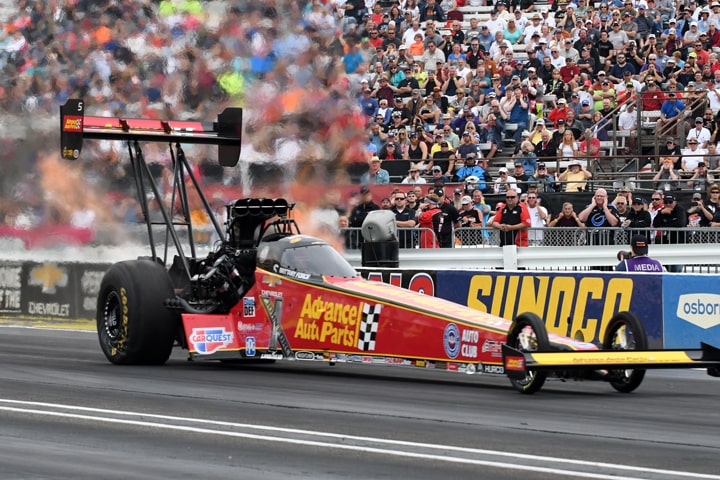 “We are proud to continue to partner with John Force and his race team,” Jim Campbell, Chevrolet vice president for performance and motorsports stated. “John is the best. He is an incredible champion and a legend, and we are thrilled that John Force Racing and Chevrolet will continue to race together.”

Since returning to Chevrolet in 2015, JFRT has produced two 2017 championships for Hight and Brittany Force, together with 40 national event wins. John Force has won 72 of his 150 NHRA victories in General Motors products, 19 of which have come at the wheel of a Chevrolet. During the first 17 races of the 2019 campaign, JFR has achieved eight Chevrolet victories: five with Funny Car points leader Hight, including his 50th career win; one with John Force, his milestone 150th career victory; one with Brittany Force, currently second in Top Fuel points and one with rookie Austin Prock.

The Chevrolet Performance U.S. Nationals is known for its Monday surprises. First Shawn Reed defeated Leah Pritchett in Top Fuel’s first round, moving the Don Schumacher Racing driver to seventh in the final Countdown to the Championship standings. 2018 Top Fuel winner Terry McMillen was out before the quarterfinals as well, while Austin Prock, a first-time rookie winner in Seattle, defeated Richie Crampton to solidify his Countdown appearance in eighth, pushing Aussie Crampton back to ninth. Billy Torrence, already a two-time winner while running a part-time campaign, also made the Countdown in 10th. 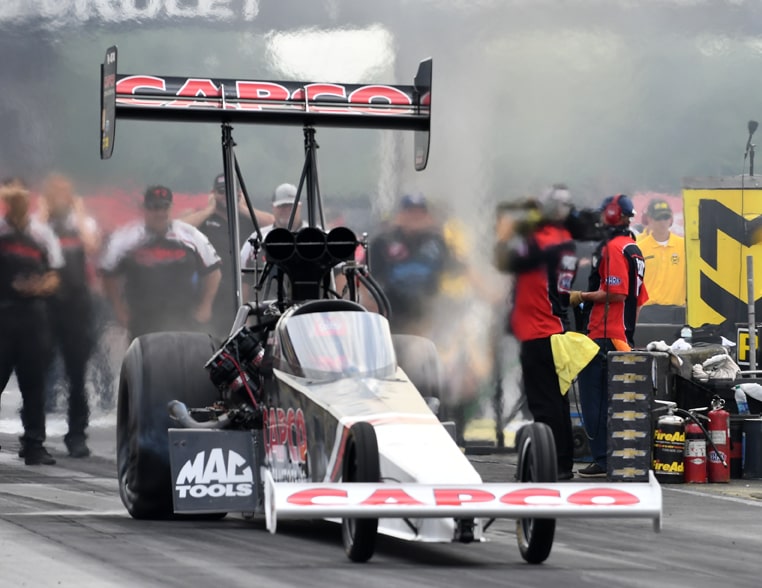 Funny Car saw unheralded and unknown driver Ray Martin of Anchorage, Alaska take the Worsham family Toyota Camry to the quarterfinals, upsetting Ron Capps in the first round. Tommy Johnson Jr., who entered the U.S. Nationals in second place, fell to Shawn Langdon in the first round and fell to third place. Points leader Robert Hight was gone by Round 2, beaten by his father-in-law and eventual winner John Force, who outran Jack Beckman in the finals, despite leaving seven-hundredths later. Force is now 107 points behind Hight, while Beckman leapfrogged Capps to take fourth. The final Countdown spot went to Tim Wilkerson, who’s had two runner-up finishes in these first 18 races. 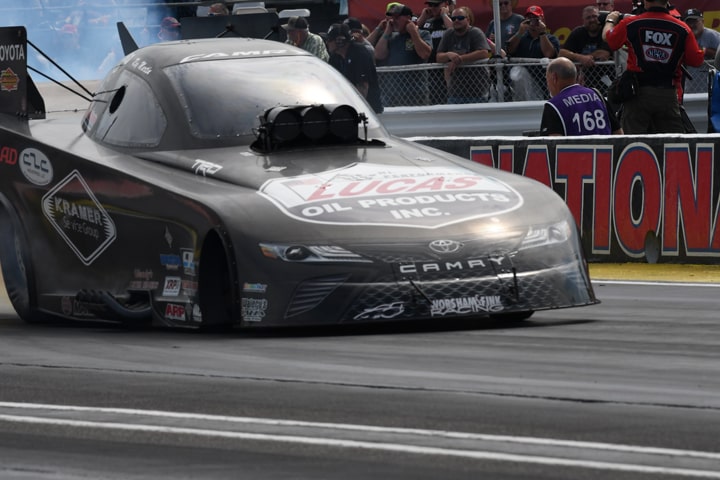 There were only a few surprises in Pro Stock this Monday, one of them being Val Smeland’s assumption of the final Countdown spot after defeating Matt Hartford in the first round while team owner and teammate Kenny Delco fell to points leader Bo Butner. Indy winner Alex Laughlin is now two points behind Butner, who hasn’t had the results he needs in the past few races; he was out in the second round to Deric Kramer. Both final round combatants came from Elite Motorsports, who are showing the kind of muscle they had in Erica Enders’ pair of championship seasons. 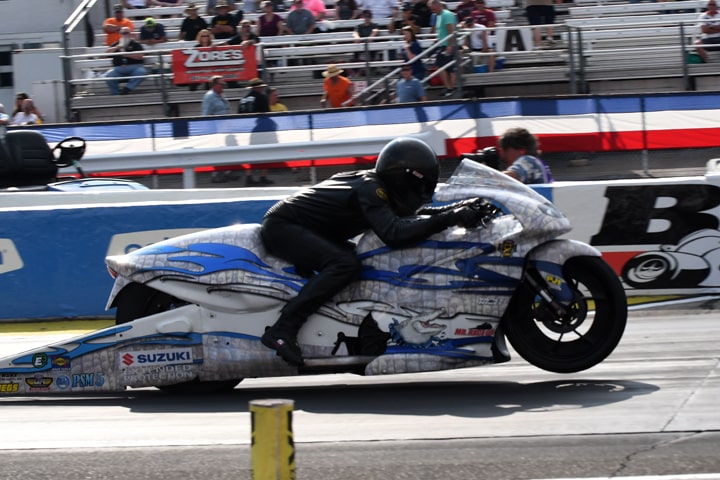