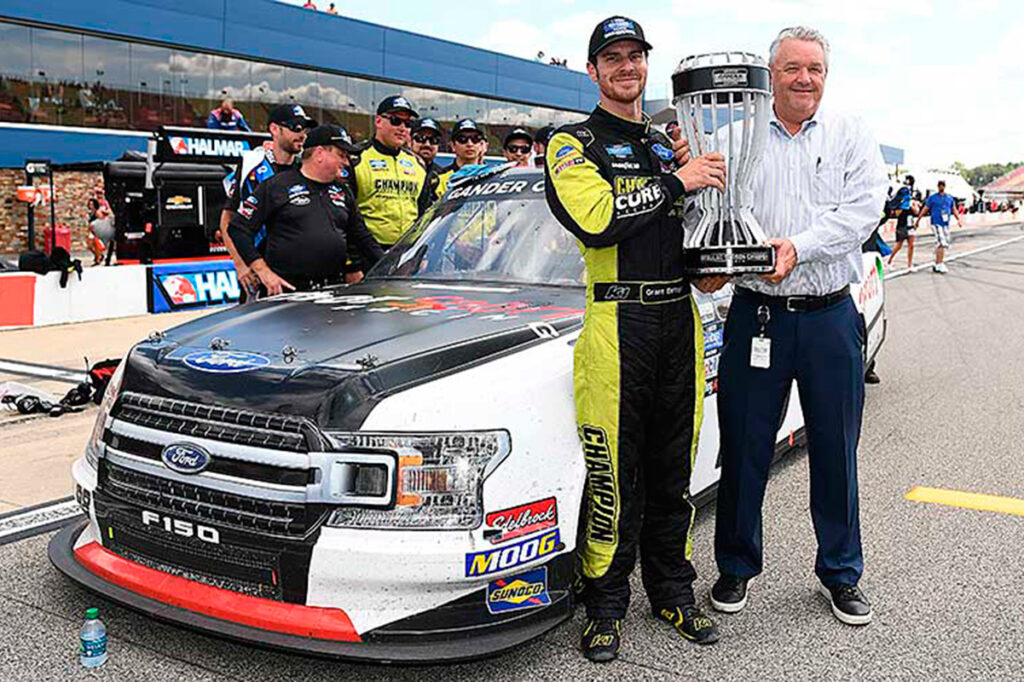 NASCAR’s top three touring series split up again this weekend. The NASCAR Gander Outdoors Truck Series and Monster Energy NASCAR Cup Series were at Michigan International Speedway while the NASCAR XFINITY Series went to the road course at Mid-Ohio. Grant Enfinger clenched the truck series regular season title with his strong finish while the youngster Austin Hill took the win in Saturday’s Corrigan Oil 200 at MIS. Austin Cindric made it two in a row with his win in the XFINITY race Saturday afternoon’s B&L Transport 170 at Mid-Ohio. On Sunday, the big boys went to battle in the Consumer’s Energy 400 with Kevin Harvick coming out on top in the Irish Hills. 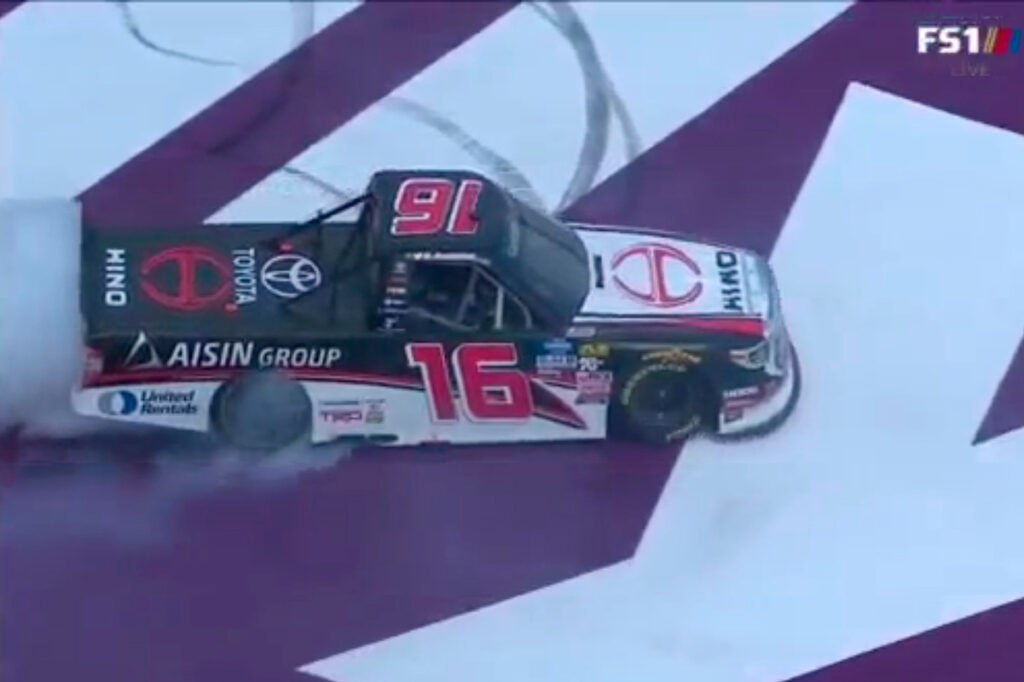 Ross Chastain started strong in Saturday’s Gander Outdoors Truck Series Corrigan Oil 200 at MIS, taking the Stage 1 win. He suffered damage in a pit road collision during the ensuing caution and retired soon after. Austin Hill came on strong and took the Stage 2 win. Hill was able to avoid an eight truck wreck on a late restart with four laps to go, which allowed him to hold on for the win in his Hattori Racing enterprises Number 16. Sheldon Creed cruised in for a second place finish while Tyler Dippel had the best finish of his young career coming in third. Grant Enfinger won the regular season title on the strength of his seventh place finish.

Cindric Makes It Back-to-Back with Win at Mid-Ohio 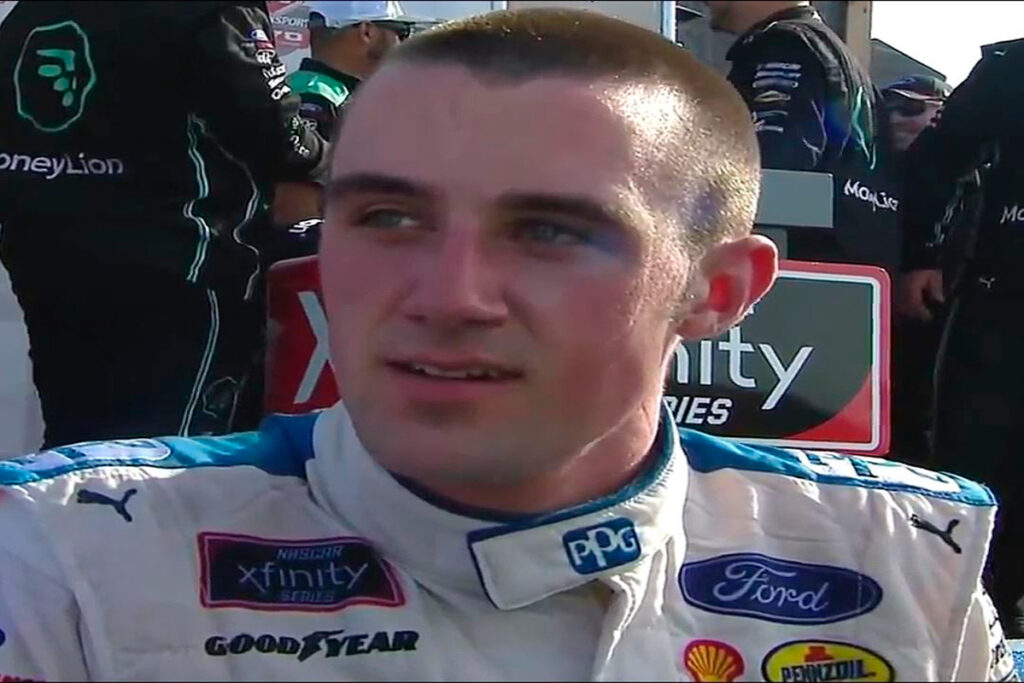 Austin Cindric got to deliver another post-race hug to the TV interviewer after Saturday afternoon’s NASCAR XFINITY Series B&L Transport 170 on the road course of Mid-Ohio. Chase Briscoe started off the day strong, winning Stage 1. Newcomer Jack Hawksworth grabbed the Stage 2 win after recovering from a spin caused by Cole Custer early in the race. Cindric came to the lead late and held off passing attempts by second place finisher Christopher Bell. A.J. Allmendinger got his second top five finish of the season at a road course coming in third. 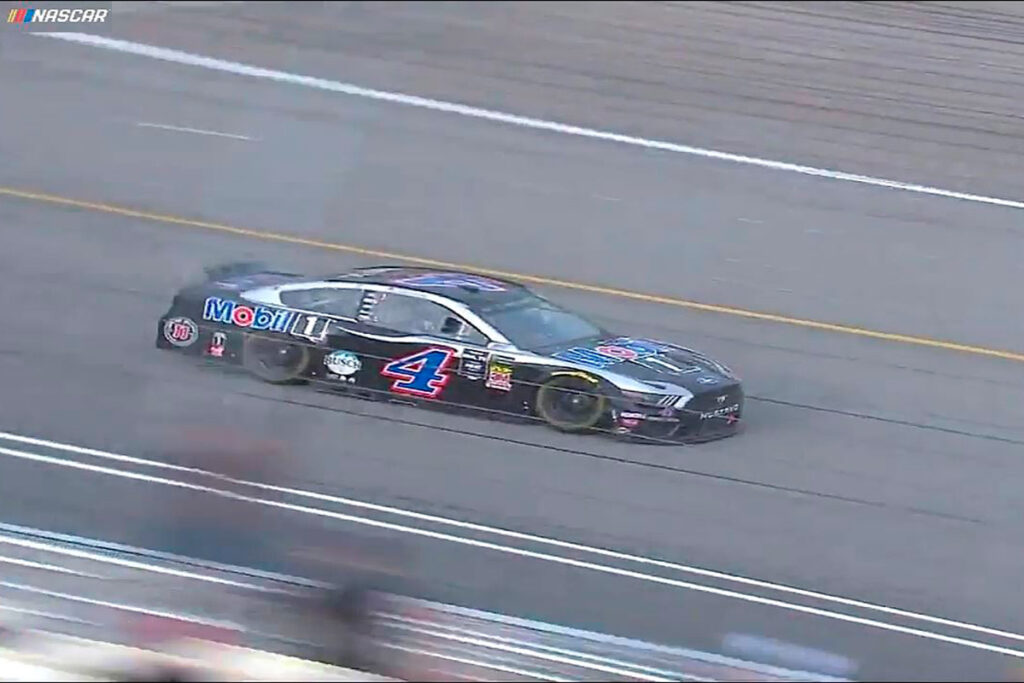 Martin Truex, Jr. and Kyle Busch looked like the cars to beat during the first two stages of the Monster Energy NASCAR Cup Series Consumer’s Energy 400 at MIS on Sunday. Truex won Stage 1 while Busch surged for the Stage 2 win. Both then faded some. Kevon Harvick came on strong late in the race, passing second place finisher Denny Hamlin’s Joe Gibbs Racing Number 11 for the lead. Hamlin tried to pass the Stewart Haas Racing Number 4 a couple times during the closing laps but Harvick was able to hold on for the win. Kyle Larson came in third in the Chip Gannasi Racing Number 42.