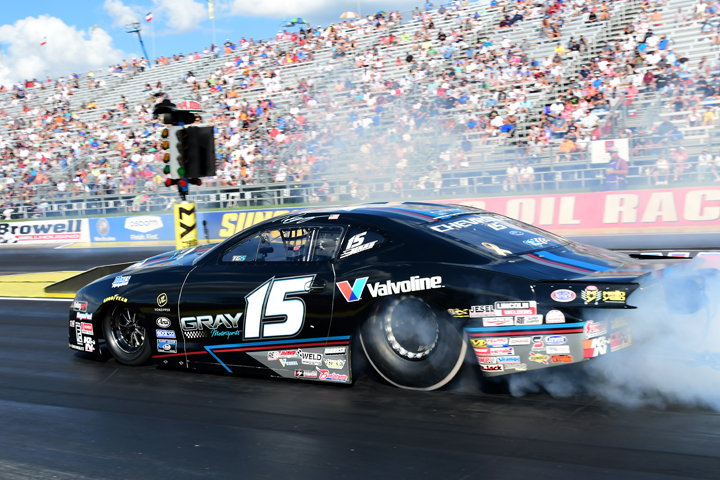 In 2017, Tanner Gray won the NHRA’s Auto Club Road to the Future award that signifies the drag racing community’s rookie of the year.

The grandson of Pro Stock and Funny Car standout Johnny Gray and son of Shane Gray, whose greatest racing achievement (aside from being Tanner’s father) is his 2014 Chevrolet Performance U.S. Nationals Pro Stock victory, is currently leading the Pro Stock category’s points chase as NHRA’s Countdown to the Championship begins next week with the Dodge NHRA Nationals at Maple Grove Raceway outside Reading, Penn.

The big question facing the driver of the No. 15 Gray Motorsports Chevrolet Camaro Pro Stock racecar is whether he’s matured sufficiently to fight for a championship in these next six races that make up the Countdown. Certainly, Tanner Gray didn’t show much maturity at last year’s season finale in Pomona, when his tire pressures were incorrect. As he emerged from his car at the top end, Gray threw a hissy fit, behaving like a spoiled little kid. One hopes that’s changed since last year.

While Tanner Gray has always been polite in his dealings with this media member, it’s not been easy to see if he’s genuine. Before last weekend’s Monday eliminations, he said he wouldn’t wear the No. 1 qualifier’s green hat; asked if he’d wear the winner’s yellow hat, he declined to respond. 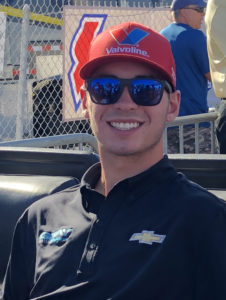 Afterwards, Tanner Gray celebrated his 10th Pro Stock win and fifth of the season that seeded him first in the 10-driver Countdown to the Championship. “i guess the main thing is that I want to strive to be the best racer that I can be,” Gray said. “I continue to work and don’t really settle for what I am right now. I think every driver’s dream is to win Indy at least once and it’s pretty cool for me to be able to do that.”

The 19-year-old, who was the youngest NHRA driver to win a National event, isn’t known for his manners, and still has a lot of growing up to do. Is he ready to assume the Pro Stock mantle? This writer believes the kid, while a natural behind the wheel, still needs to grow up before he can assume that title. Gray, for his part, is hoping to bring his family their first NHRA National championship in Pro Stock racing. His Gray Motorsports team, led by Dave Connolly, might be well-prepared to produce a car capable of winning the title, but it remains to be seen if Gray has the ability to transcend his own immaturity.