We got the chance to chat with Tom Smiley the winner of the 2018 AutoCross West Coast Shootout and  the AutoCross – Street Machine. We wanted to find out a little more about Tom and talk a little bit about his mean 1965 Corvette Roadster!

Can you tell us a little bit of your background?

I grew up in Southern California street racing a 1969 Roadrunner in the early 70s. I have always been interested in cars but a career and raising a family took priority, cars were left in the background. Kids’ sports and water skiing took center stage until the children were grown. I didn’t get involved in autocross until 2003. I have had a passion for cars all my life. One of my cars is a ‘67 427/435hp Corvette and didn’t think about racing it until I happened to stop by and watch an SCCA autocross at McClellan AFB. Al Patterson, who I did not know at the time, offered me a ride in his Viper, that was all it took. I was hooked. I brought the 67 Corvette out on 10 year old tires, spun it several times and finished dead-last. I had a blast.

How did the car/track feel? Anything you had to prepare for going in?

The course in Pleasanton is always pretty slippery which is made worse by the off-camber turns due to the drain inlets. The car was originally very loose so I made some adjustments to the front bar which ended up making the car a little too tight. I put back half of the bar I took out which ended up working very well. After that all I had to do was adjust air pressures and drive. 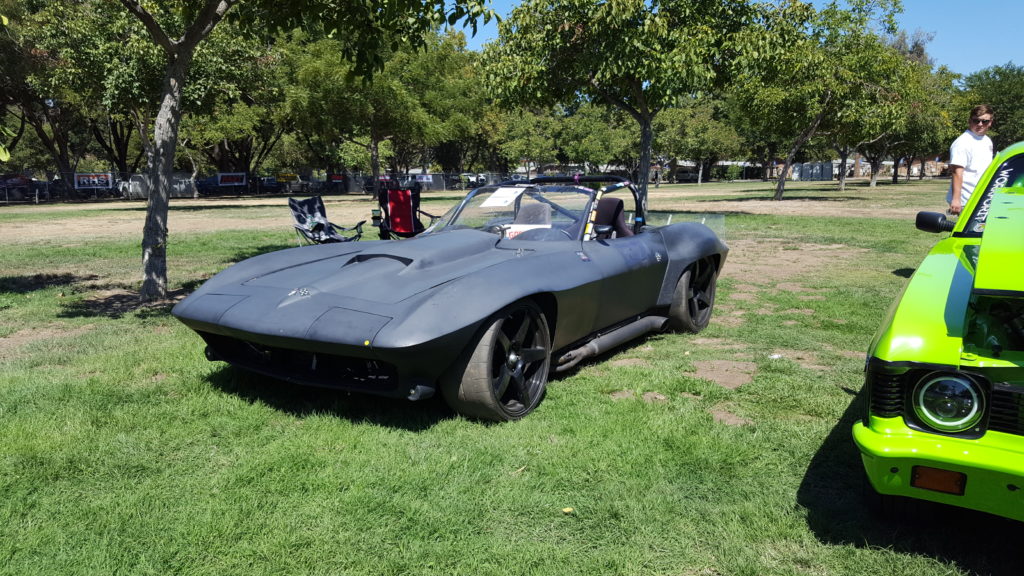 Can we have a rundown of what you have done to the car?

The car is a ‘65 Corvette Roadster that’s been raced probably since the early 70s. It was used for autocrosses and hill climbs and was mostly stock when I acquired the car. In late 2007 Bill Fleig a friend and longtime autocrosser unexpectedly passed away. His wife wanted to keep the car in the “autocross family” so my family became the new owner.

The car was very stiffly sprung in order to make up for the inadequacies of the stock suspension. That setup worked well on flat smooth surfaces but would have been terrible in a place like Pleasanton.

I redesigned and rebuilt the front suspension moved the shock mount outward on the lower control arms and went to adjustable coilovers with longer control arms. I also changed it from rear steer to front steer and added a quick ratio power steering rack.

The next year I redesigned the rear suspension. The C2 Corvette uses a trailing arm rear suspension with the half shaft doubling as the upper control arm. The problem with that design is if the half shaft breaks or fails there’s nothing to hold the wheel in place and it can do a lot of damage. I eliminated the trailing arms, free floated the half shafts and made a double a-arm suspension for the rear. The problem was there were no uprights available so I had to make my own. I have to say I have a lot of respect for the automotive engineers who can design components for cars that are very lightweight and don’t break. My uprights broke two or three times before I finally got a design that was durable enough for the rigors of autocross. 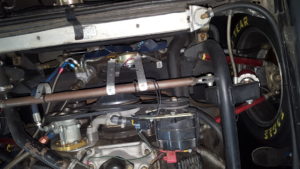 Any upgrades in the future or is everything how you like it?

The car is working well but there are always things that can be improved. Performance could be improved by taking weight off the front of the car replacing the iron block with an aluminum block. The car currently is in disparate need of aerodynamic aids which would be beneficial for faster courses.

I have not decided if I want to paint the Vette or leave it in primer.

What draws you to autocross?

I was initially drawn to autocross because driving the car at 10/10ths is an adrenaline rush and the challenge of learning a new course at every event and driving it the best you can in a limited number of runs.

The great competition and the amazing camaraderie in the autocross world is unlike any other. Where else can you find a fellow competitors offering help and advice to their competition. They will help with car setup and if your car breaks they will even let you drive their car. There aren’t many sports that offer that kind of friendship.