The first major race of the 2019 season begins next week at Tulsa, Oklahoma. The 33rd Lucas Oil Chili Bowl Midget Nationals takes place at the River Spirit Expo Center, bringing together open- and closed-wheel racers and fans from around the world in an effort to to see who gains the Golden Driller winner’s trophy.

More than 300 racers will be on hand for this multitude of races, with preliminaries from Jan. 14-18 leading up to the final races on Jan. 19th. Last year, NASCAR standout Christopher Bell from nearby Norman, OK won his second consecutive Chili Bowl contest and this year he’s coming back, hoping to take a hat trick and third straight Golden Driller.

There won’t be much downtime during the Chili Bowl – there rarely is – and with five qualifying nights comprised of C Mains, qualifying races, B Mains and the A Main contests, the format allows for the A Feature on Saturday night to be comprised of the top cars from the A feature, determined though the pole dash races. 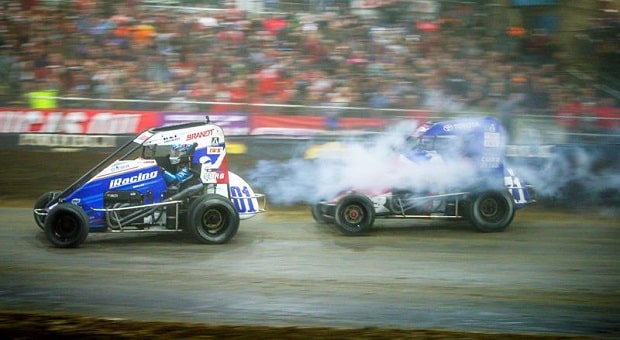 Each day’s on-track activities begin at 4PM with hot laps, except for the final day of competition, which starts with feature races at 10AM CST. There’s plenty to keep fans occupied outside the indoor racing, with a free-to-attendees trade show in the arena.

MAV TV will broadcast the feature race on Saturday, January 19 starting at 8:30PM EST, while live timing and scoring are available on the event’s website: www.chilibowl.com.