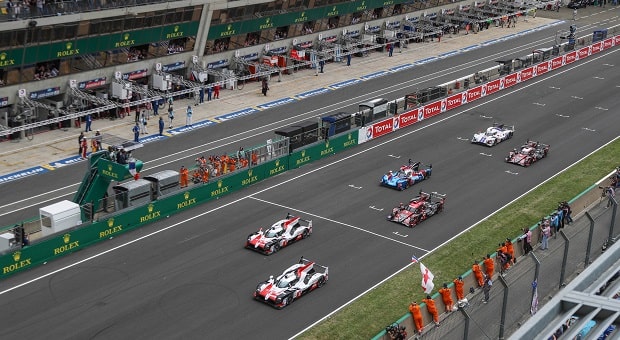 The Automobile Club de l’Ouest (ACO) has moved its premier annual event, the 89th annual 24 Hours of Le Mans, from its traditional mid-June (summer solstice) date to mid-August, in the hopes of being able to accommodate fans at that later time. Last year’s postponed Le Mans race was held without fans in attendance and the ACO, along with the World Endurance Championship (WEC) and officiant Federation International de l’Automobile (FIA) feel more confident changing that date.

Citing France’s applicable health and safety measures for all of its citizens, the ACO made this difficult decision to give competitors, partners and spectators as much visibility as possible, while still maintaining the current FIA WEC calendar. Dates of other races and events to be held at the historic Le Mans Circuit remain unchanged at the present time, and the ACO is working closely with organizers of various events that could be impacted by this particular calendar change.

The ACO decided to make this schedule adjustment in particular because of the debut of the new Hypercars at Le Mans, their first appearance as the new premier classification of sports car racing in the European theater. The ACO did say that information on tickets and full details on the race format will be released at the end of April, while the entry list of this 89th running of the summer 24-hour classic will be revealed on Tuesday, March 9th.

“Although it was a tough decision to make,:” said Pierre Fillon, president of the ACO, “it is the right one. Holding the 24 Hours of Le Mans behind closed doors for the second year running would be unthinkable. We are, therefore, doing all we can to avoid that happening and to give competitors a clear view of the whole season,” he noted.

“We are working very hard to put on a safe event, with all the necessary health precautions in place. This year’s race promises to be another thriller,” Fillon confirmed, “as the new Hypercar class makes its debut.”

The French Ministry of Culture in mid-February announced it intends to allow events in France this summer, but on very strict terms. The key restriction – whether indoor or outdoor events – is to only allow 5,000 spectators, suitably social distanced and demanding all spectators be seated. These rules, the Ministry added, could be changed as situations adjust throughout the year. There could be further restrictions if the pandemic has another surge or they could be relaxed if the situation does improve, as all involved hope.

The ACO is putting its bank on the possibility that the situation will improve and that it would be possible for added spectators to attend this race – and hopefully not have to be seated the entire time!