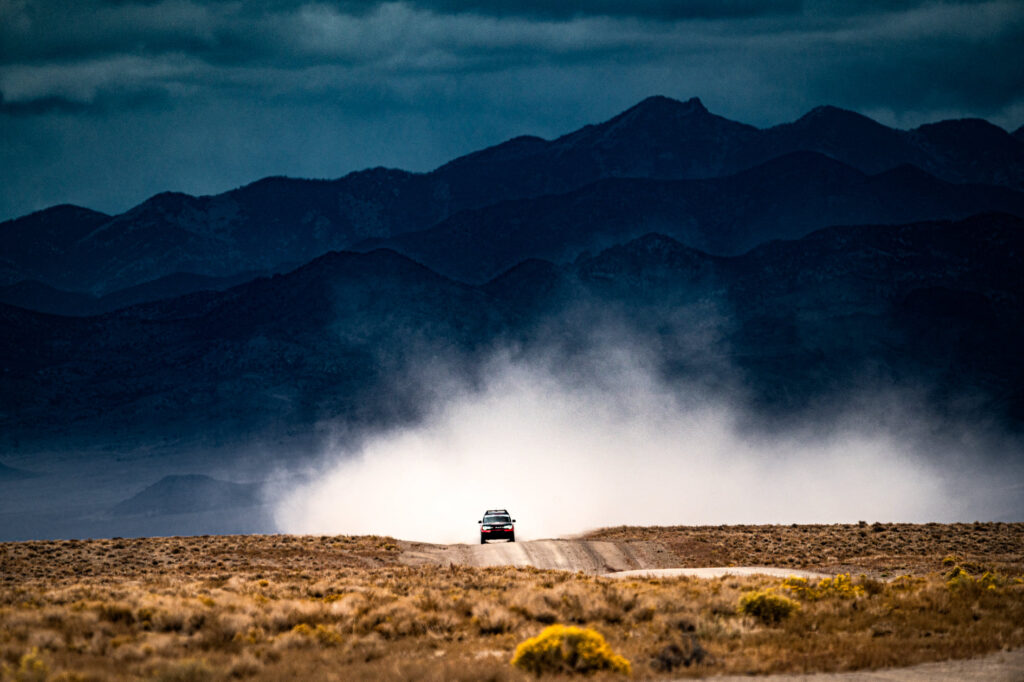 The Rebelle Rally, held this year in the unforgiving terrain of the Nevada Mountains, has concluded its sixth edition. The Rally is an all-female off-road event that pushes its competitor’s skills to the very limits. The latest Rebelle Rally had more teams, more kilometers covered, and more checkpoints than any previous event before.

The eight-day rally started on the historic Hoover Dam and snaked its way through 2,275 kilometers of remote Nevada and California desert terrain in search of 190 checkpoints. This year’s rally also was the first year to trek across three states.

The rally made its way north to Lunar Crater National Natural Landmark and even traveled through breathtaking Titus Canyon in Death Valley National Park, a first for any organized competition. Of course, nothing was easy. After withstanding a sandstorm with gusts up to 100 mph, the rally returned to the shores of the Colorado River before ending finishing at the Imperial Sand Dunes in Glamis, California.

There are 2 types of daily competition: Check Points (or CP) and Rally Enduro. Checkpoints are a list of longitude and latitude locations graded from Green (easy), Blue, (moderate), and Black (the most difficult.) Competitors plan their way through the checkpoints, navigating using only map and compass, signaling their tracker and complete the checkpoints in order. Things become very strategic on certain days when competitors can’t reach every checkpoint in the time allotted.

The Rally Enduro which is based on Time Speed Distance, TSD, style rallies. Competitors receive a road book with cryptic symbol instructions on where to turn, what speed to travel and how long you should take from A to B to C. Most days of competition were a combination of Check Points and Rally Enduro road books.

The 2021 Rebelle saw the largest field of competitors to date, with 52 total entries across two classes- 4×4 and X-Cross™. This year there were 42 4×4 entries which are defined as four-wheel drive with a two-speed transfer case and ten X-Cross™ vehicles from the popular AWD and Crossover SUV segment. In addition to the two classes, there are special designations for Bone Stock, Rookie of the Year, International Cup, Team Spirit, and Electrified.

While all of the competitors deserve accolades, Team #202, winner of the X-Class competition and Team Team #129 4xEventures, winner of the 4×4 class in both the Electrified and Bone Stock designations truly stood out.

Team #202, Melissa Fischer and Cora Jokinen, are not new to the Rebelle. Melissa has competed in every Rebelle Rally, making this her sixth and the team (formerly #104) competed together in the first-ever Rebelle Rally in the 4×4 class in 2016 with a respectable 5th place finish out of 37 teams and a 4th place finish in 2017 with 91% of the total points.

For the 2021 Rally, Melissa and Cora were asked to race in the X-Class for Ford Performance, fielding a Bone Stock 2021 Ford Bronco Sport Badlands Edition which was nicknamed “Cody.” Switching from the 4×4 class to the X-Cross class was a challenge in itself.

An extremely challenging X-Cross course, plus fierce competition from experienced Rebelles made every day a nail-biting points race. Melissa confidently brought the team to checkpoints as Cora dead reckoned to some of the hardest black checkpoints giving them the points edge to land them in the #1 spot. Team #202 won 4 out of the 7 stages and carried a small lead into the last day, Stage 7, in the Glamis Sand Dunes. The Bronco Sport proved an extremely capable platform and impressed the team day after day. But where the Bronco Sport really excelled is in the Dunes, thanks to the Ford Bronco Sport Badlands edition Sand mode which turns the Bronco Sport into a dune carving sand buggy with endless torque and a rear locker.

Team #129, consisting of Nena Barlow and Teralin Petereit drove a Bone Stock Jeep Wrangler Rubicon 4xe. The Electrified Class was opened in 2020 for EVs, hybrids, and PHEVs that are charged during the rally via hydrogen power supplied by Renewable Innovations’ Mobile Energy Command. This is the first time an electric vehicle has won the rally. Team #129 have driven Bone Stock vehicles in the past, but competing in an EV, and winning, was a double victory

“The course was more challenging than ever this year, but the Wrangler 4xe made it easy,” said  Nena Barlow. “We torqued up dunes and rock-crawled mountains and washes with ease and efficiency. Not to mention, we never lacked for range or power.”

Barlow and Petereit have competed on opposing teams in past rallies, but joined forces for 2021, with obvious success. 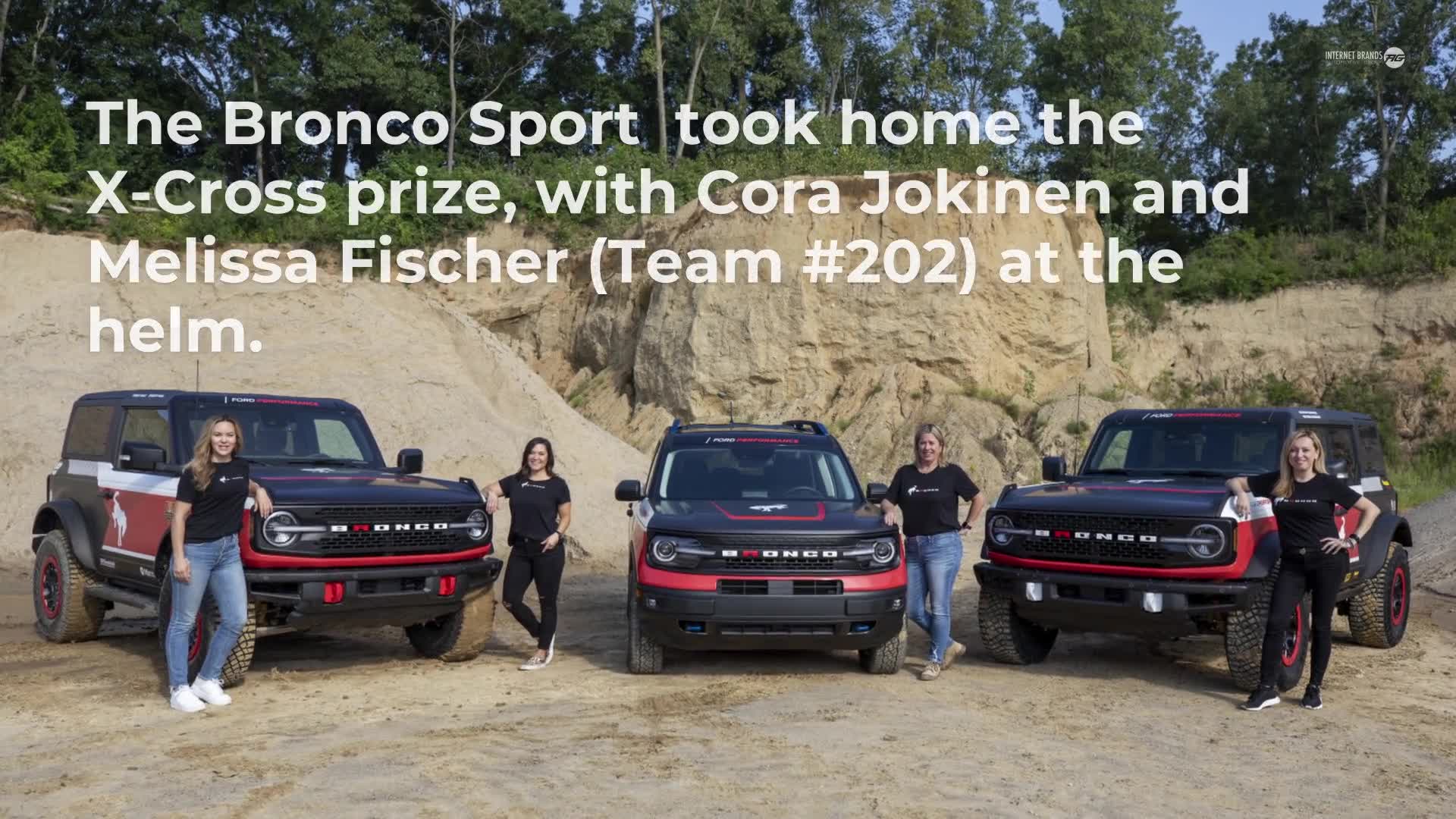 About Ralph Guerra 47 Articles
Ralph Guerra is the associate editor for RacingJunk.com. Ralph grew up in Southern California's car culture and quickly became infatuated with anything and everything V8. Whether it was a 63 Fairlane with a 289 or a Gt500 with a supercharged 5.4, if it was a V8 he wanted to drive it--fast.