The IMSA WeatherTech championship series traveled to Mid-Ohio this Mother’s Day. Possibly the biggest news of the race was Jack Hawksworth getting his first win since 2014 in the GT Daytona (GTD) Class in the Acura Sports Car Challenge. Also of note was 18-year-old Riley Motorsports Mercedes-AMG driver Dylan Murry’s great weekend, finishing on the podium in Saturday’s IMSA MICHELIN Pilot Challenge and driving to the win in Sunday’s IMSA Prototype Challenge. 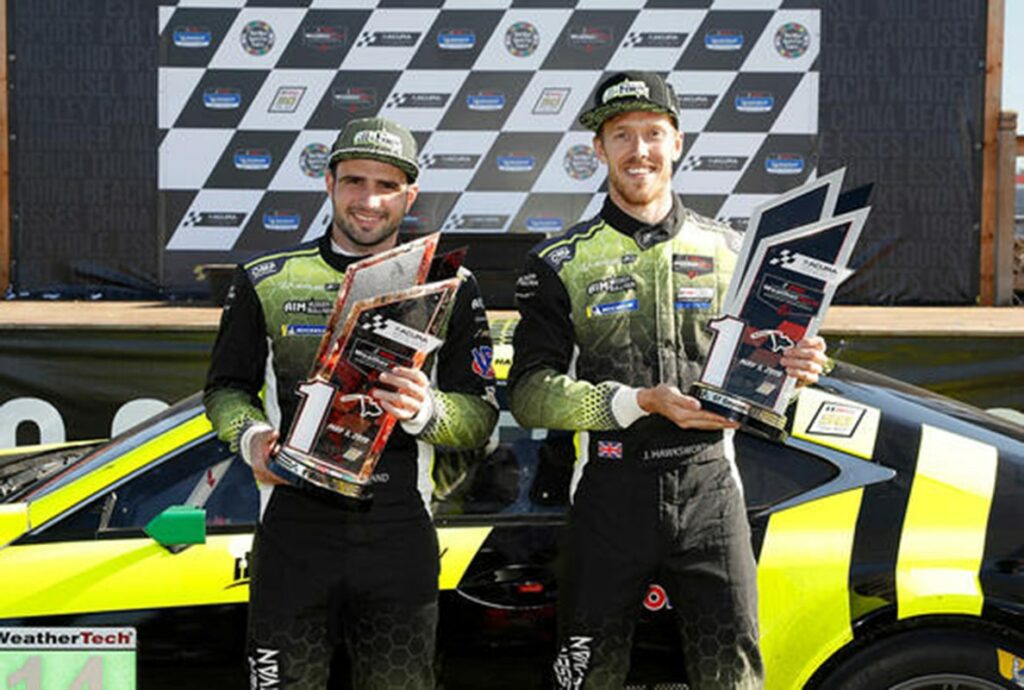 The last time Jack Hawksworth won in the IMSA WeatherTech SportsCar Challenge was in the Prototype Challenge (PC) Class at Indianapolis Motor Speedway in 2014, the first of his championship career. He’s come close a number of times, like his second place performance last year at Mid-Ohio. He ended that drought in Sunday’s Acura SportsCar Challenge at Mid-Ohio in the GT Daytona (GTD) Class driving the Number 14 AIM Vasser Sullivan Lexus RC F GT3.

After the race he told reporters, “My first-ever race in the championship, I won, but it took five long years to get back there. It was a long old road, but I’m obviously really excited to get back into victory lane. It was special to do it in one of the Lexus RC F cars, which I’ve had the pleasure of driving for the last two and a half years.”

Sharing the podium with Hawksworth and co-driver Heistand (who also had a long road back to victory lane) was the second place Acura team of Farnbacher and Hindman in the Meyer Shank Racing w/ Curb-Agajanian Acura NSX GT3 and the third place team of Sellers and Hardwick in the Paul Miller Racing Lamborghini Huracan GT3. 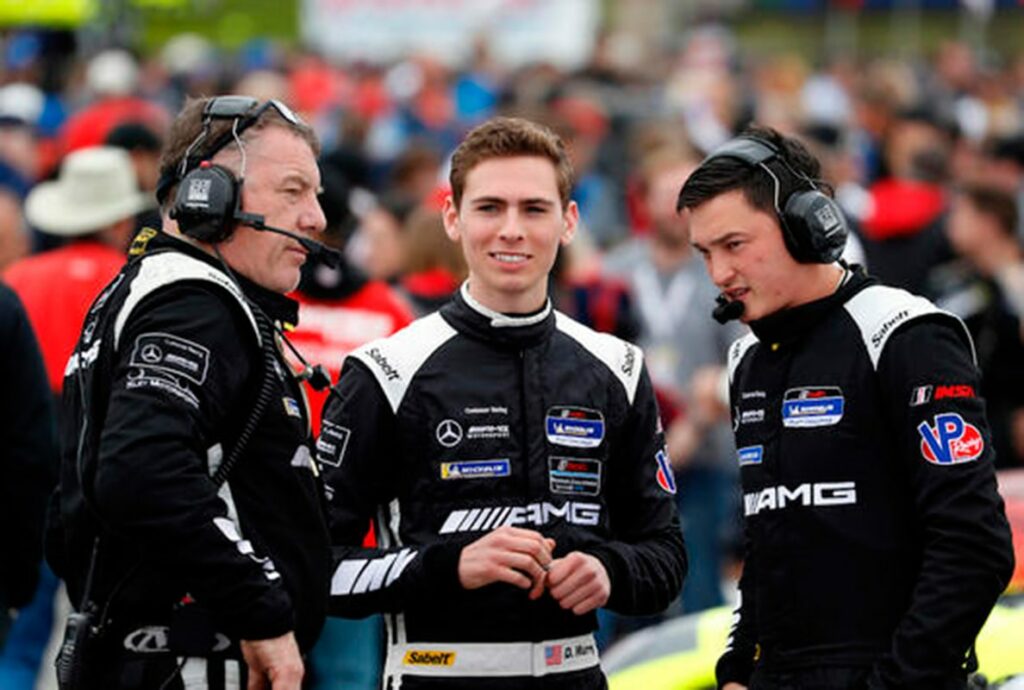 18-year-old Dylan Murry took to the Mid-Ohio course for Saturday’s IMSA MICHELIN Pilot Challenge race as the co-driver with Jim Cox of the Number 35 Riley Motorsports Mercedes-AMG GT4. Cox qualified the car 13th on a wet course, but the race was forecast to be dry, where they excelled in practice. This held true for the race, allowing them to finish in second place in the GS class to the Park Place Motorsports team of Brynjolfsson and Hndman driving a Porsche 718 Cayman and third place finshers the Carbahn Motorsports team of McQuarrie and Westphal driving an Audi R8. 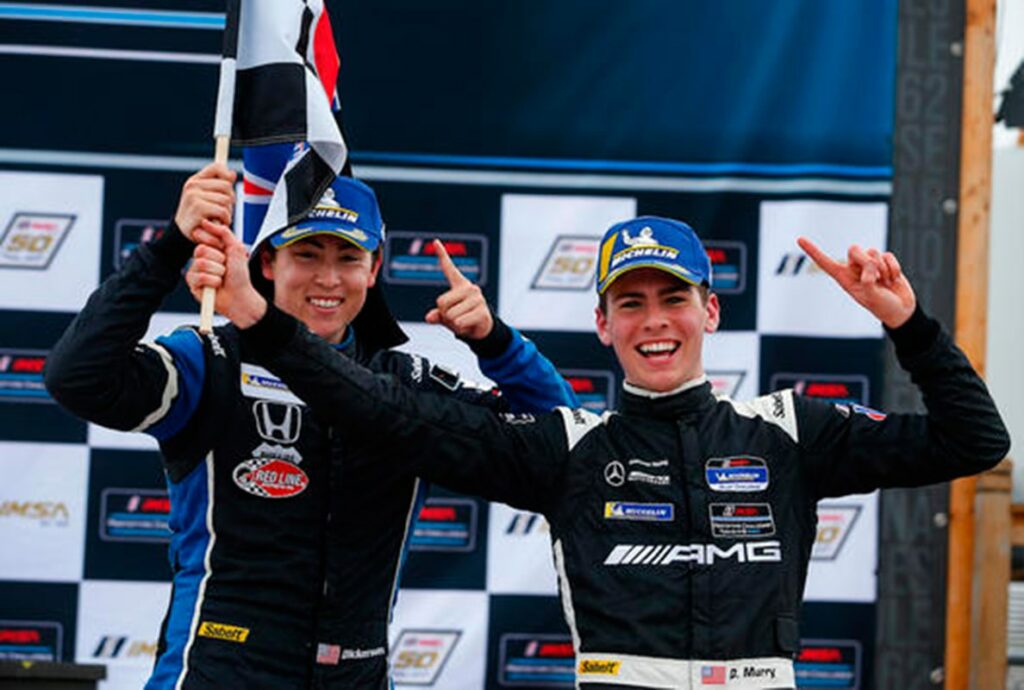 Murry followed that performance in the IMSA Prototype Challenge on Sunday in the Number 54 MLT Motorsports Ligier JS P3 in the LMP3 Class. Murry’s co-driver Dakota Dickerson qualified the car in fourth and drove the first portion of the race, mostly in first after taking the lead on the first lap. Murry kept the lead through a caution after taking over driving duties with 50 minutes to go and never looked back. The shared the LMP3 podium with the teams of Lamelas and Alberico from Ansa Motorsports and the Wulver Racing team of Hamilton and Kasemets, both teams also driving the Ligier JS P3.

Results in Other Classes 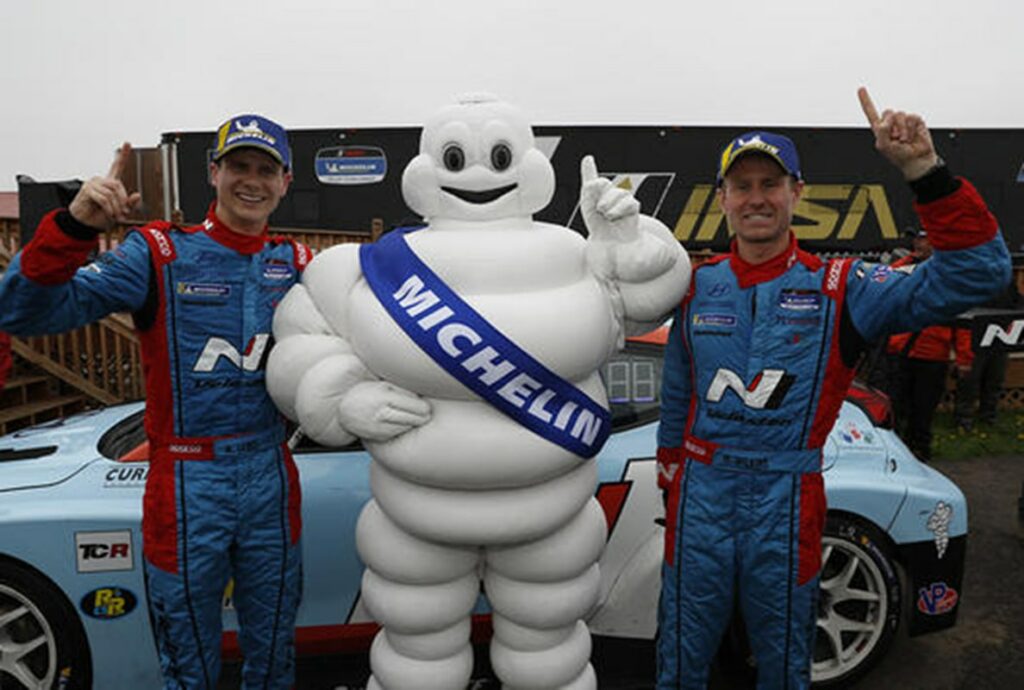 Saturday’s IMSA MICEHLIN Pilot Challenge also saw racing in the TCR Class, which was won by the BRYAN HERTA AUTOSPORT 1/ CURB-AGAJANIAN team of Wilkins and Lewis in a Hyundai Veloster N TCR. 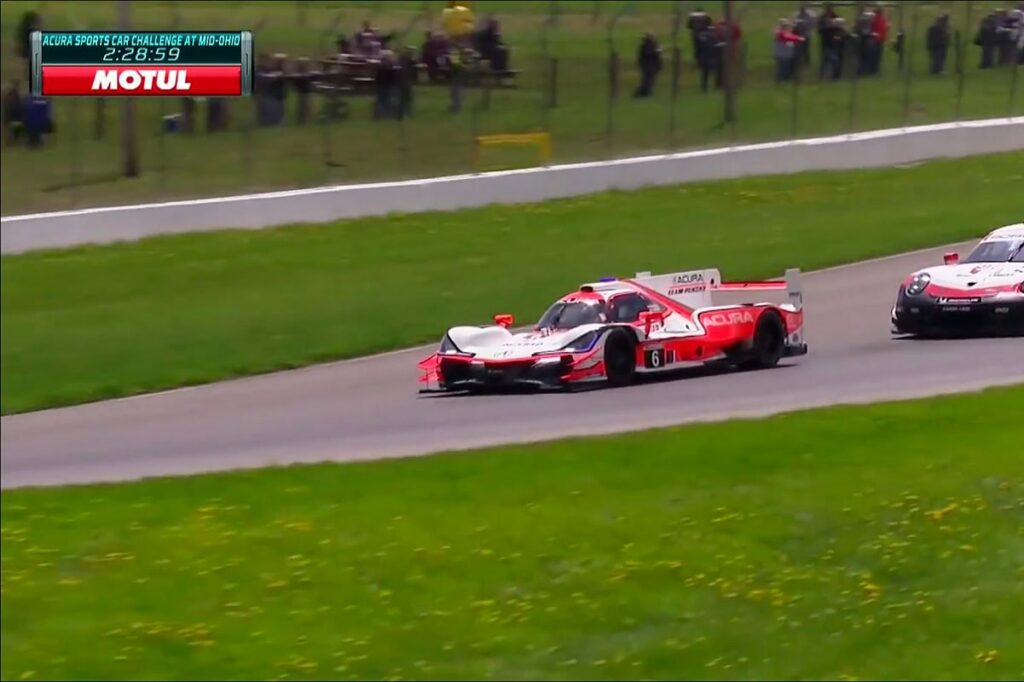 GTD wasn’t the only class running in Sunday’s Acura SportsCar Challenge. The Acura Team Penske team of Cameron and Montoya (Yes, that one) took top prize in the Dpi class. LMP2 was topped by the ORECA LMP2-driving PR1 Mathiasen Motorsports team of McMurry and Lux., while the team of Bamber and Vanthoor drove their Porsche GT Team Porsche 911 RSR to the top of the GTLM ranks. 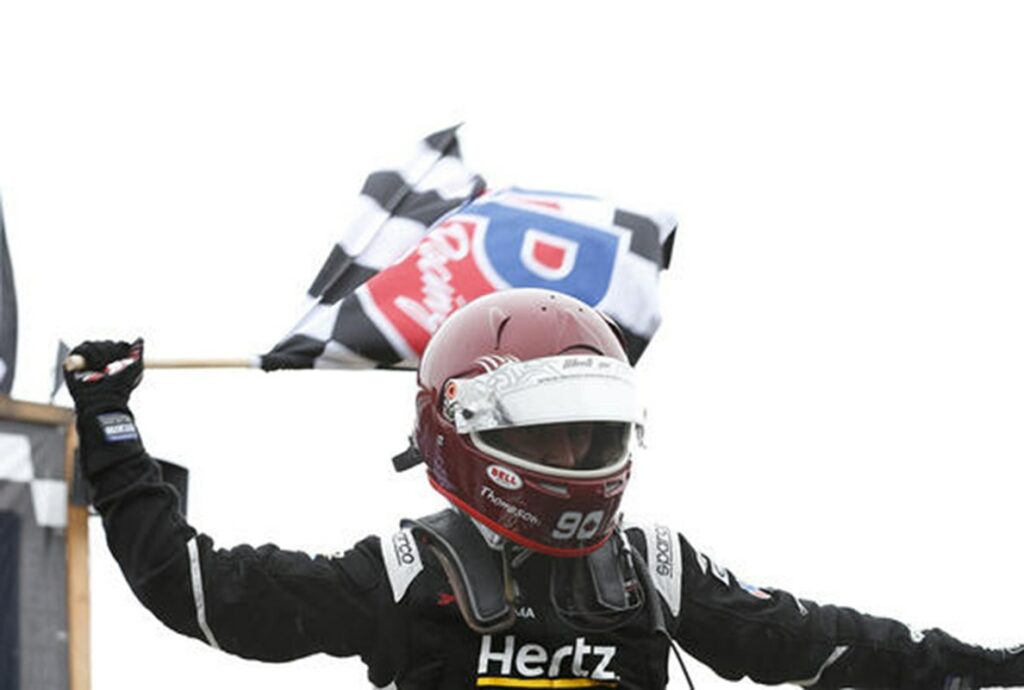 There was also a 45 minute race in the Porsche GT3 Cup Challenge USA by Yokohama over the weekend. This was won by JDX Racing’s Parker Thompson driving a 2018 Porsche 991. Roman DeAngelis drove his Kelly-Moss Road and Race 2019 to a second place finish and Maxwell root drove his Wright Motorsports 2018 911 RSR to third.