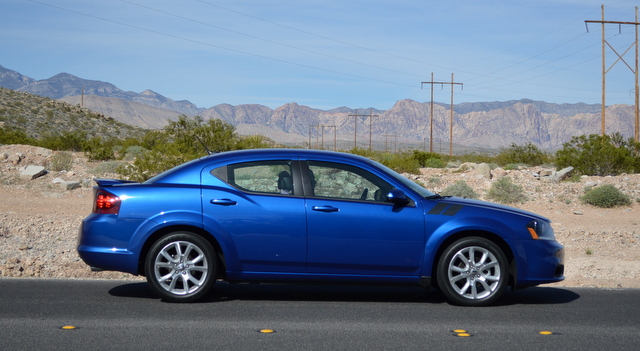 The 2014 Dodge Avenger R/T can be summed up in one word: smooth. From power delivery to ride comfort to vehicle operation, the Avenger does it all with well-engineered grace.

Spending a week with a very shiny Blue Streak Pearl Avenger R/T really opened my eyes to the brand, considering the last time I rode in a Dodge was as a child in the back of my parents’ 1992 Caravan. 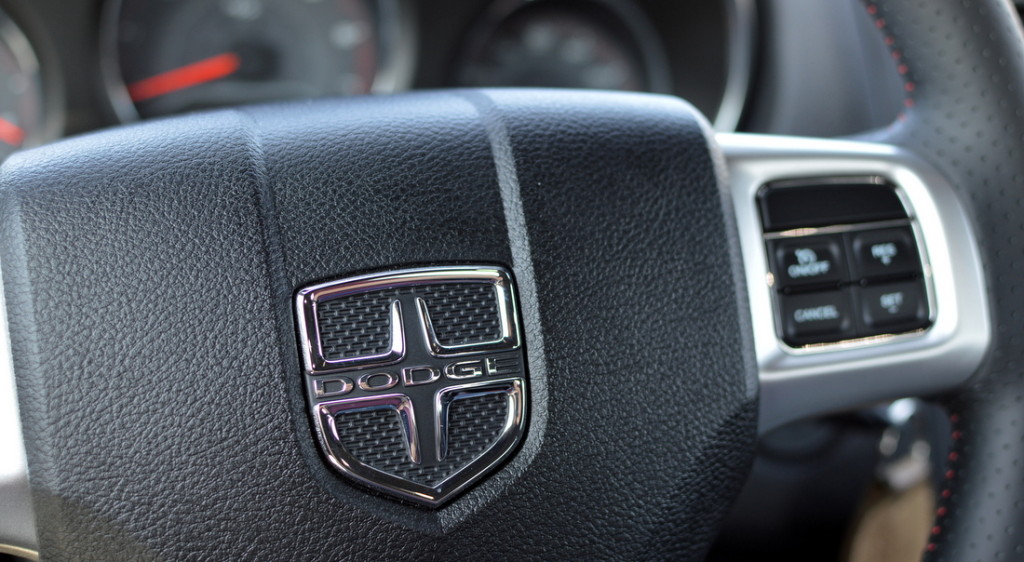 The 2014 R/T model comes with a 283 HP, 3.6 liter V6 mated to a 6-speed automatic transmission. Gear changes are effortless during normal cruising and swift and smooth under hard acceleration. The suspension has been specially tuned to increase roll stiffness by 18% and spring rates by 17% in the front and 12% in the rear. Increased strut dampening soaks up the imperfections of the road, but still communicates ample feedback so the car doesn’t feel numb. This setup gives the car a stable, performance-oriented stance that’s great for spirited driving while retaining overall ride comfort.

As car enthusiasts, we all know that torque is more important than horsepower. And with 260 lb-ft available, the R/T has sports car-like acceleration. My best experience was when a Mazda RX-8  modified a la Fast & Furious lined up next to me at a freeway entrance ramp and struggled to keep up with the Avenger. I heard the RX-8 revving hard through the gears, but it never managed to pass me as I merged onto the highway. Of course, I enjoyed a nice chuckle at the RX-8’s kazoo-sounding exhaust note as I watched it disappear in the rearview mirror. 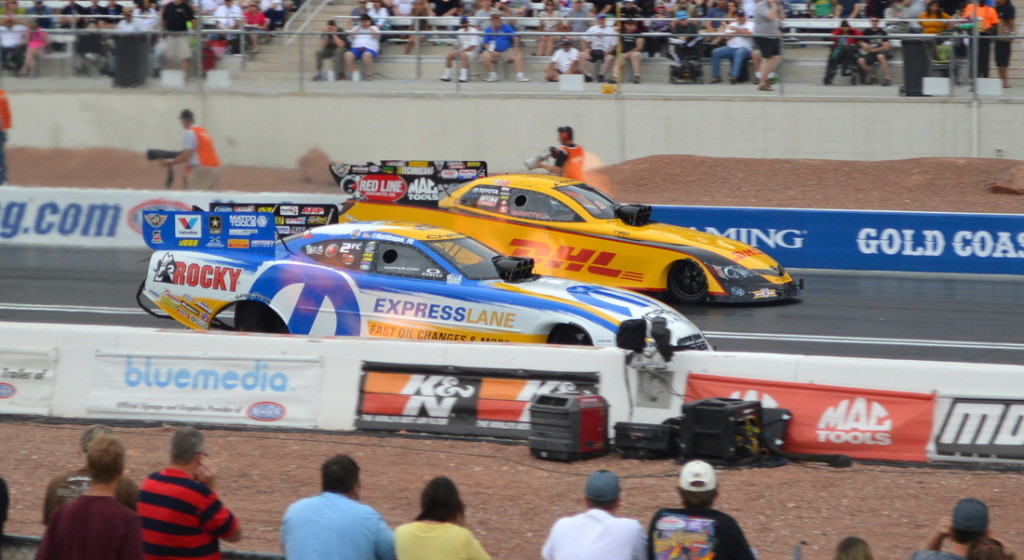 The R/T showed off its long-distance touring abilities with a trip from Los Angeles to Las Vegas for the SummitRacing.com NHRA Nationals, where I met with MOPAR Motorsports Funny Car driver Matt Hagan for an exclusive interview. The fuel economy on this 3,607 lb sedan is impressive, averaging just under 30 MPG for the trip, which included a painful crawl through Los Angeles traffic.

Keeping me entertained during the drive was satellite radio pumping through a 276 watt Boston Acoustics sound system, by far one of the best OEM in-car sound systems that I have ever experienced. I heard harmonies and parts of songs that I never knew existed, and couldn’t get enough of the deep, rich bass. The Uconnect multimedia hub supports CD, DVD, MP3 and integrates seamlessly with the Garmin navigation system. In-car entertainment is accessed via touch-screen and has available inputs for just about every personal music device, including bluetooth streaming audio. For those of us who spend more hours than we’d like commuting to work, having a good sound system is a must and the Avenger more than delivers.

The remote start system was a pleasant surprise as it’s something that’s usually reserved for luxury branded vehicles. Press the start button twice and the car comes to life, automatically adjusting the interior climate to where you last left it; perfect for places with extreme weather conditions. I used this feature often to combat the dry heat of Las Vegas. 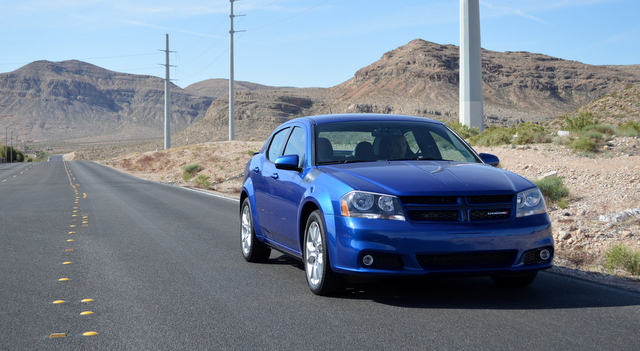 Overall, the Avenger R/T is an affordable car that nicely balances performance and creature comforts. I like to refer to the Avenger as “entry-level muscle” because it carries the same pedigree as its bigger siblings, the Challenger and Charger. And with a price tag of $25,330 (net price for California) for a fully-loaded car with navigation, sunroof and premium audio, you’d be hard-pressed to find a better bang for your buck elsewhere.