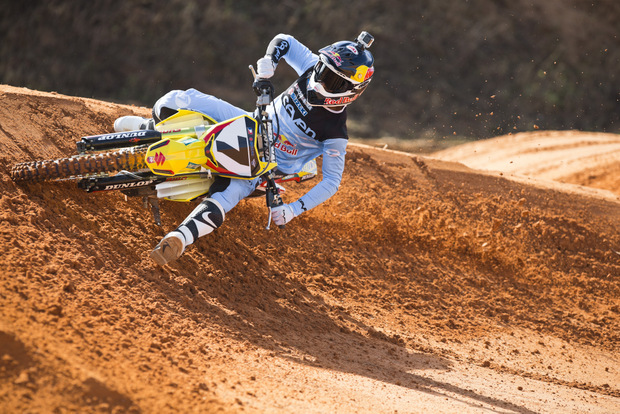 The 2014 AMA Supercross season got off to a great start with round 1 concluding this past Saturday at Angel Stadium in Anaheim, California.

Yoshimura Suzuki Factory Racing’s James Stewart was the one to watch during Saturday’s main event as the 5-time Supercross champion charged from mid-pack to second place, but suffered a race ending crash on lap 14 when he tried to pass rookie 450 rider Ken Roczen.

Stewart, who recently announced that he will continue to wear Bell’s Moto-9 Carbon helmet for the 2014 and 2015 seasons, was disappointed with his race results, but felt that this was the best he’s been riding in years.

The 2014 Supercross season continues on January 11, 2014 with Round 2 taking place in Phoenix, Arizona.

Go HERE to see the full race results for Round 1.