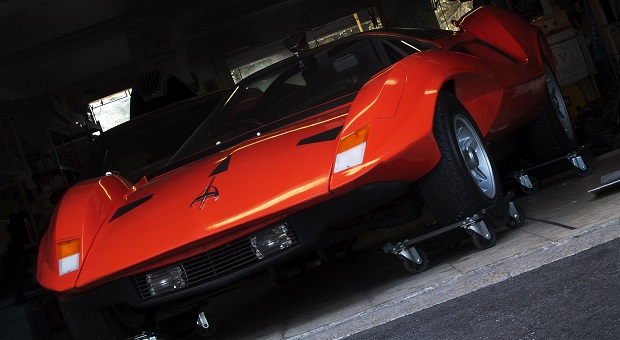 “The Durango 95 pulled out away real horrorshow. A nice warm vibraty-feeling all through your guty-wats.” This was the line Alex spoke while driving with his delinquent “droogs” in Stanley Kubrick’s 1971 classic film about a dystopian society, A Clockwork Orange. The car is never seen actually in motion, but filmed stationary as though driven, with the lads squeezed together like toothpaste pushed out of a tube, while a background of passing country roadside is blue-screened in. Other than being noted for its appearance in a highly controversial movie, the car is real and extremely rare – one of the most obscure cars ever made. It is the Adam Probe 16, built by brothers Dennis and Peter Adams from Bradford-on-Avon in Wiltshire, England, who made a name for themselves building competitive Marcos cars. They decided to leave the constraints of racing car designs and ventured into designing production cars. The Adams produced only three Probe 16s in 1969. That was two more than the first-generation Probe 15 (initially presented the same year as a design exercise).

What makes the car so unique is its spacecraft-inspired, flying saucer-like fluidity. The blueprint was supposedly based on the curvatures of a woman’s waist and buttocks, but I don’t quite see it (she must have been lying on her back). The most obvious feature of the car is how low it is (only 34” from top to tarmac). The only way to enter the two-seater is to step in by climbing through the open sliding rooftop. Once seated, I’m in a prone position, hence the long right-handed steering column with an elongated three-prong connection to the steering wheel. The seat patterns look reminiscent of a Hershey chocolate bar’s square design. The rooftop opens on rollers with the assistance of an electric motor ignited by a key into an exterior wing lock. If the electronics fail, there is a manual override. For stability, 10” wheels are furnished at the front while 15” wheels are at the back. It was a dazzling car for the late sixties, reflecting the sexual and counter-culture revolution. In Dennis’ words, the car was “an investigation into extremes of styling,” all in the interest of ultra lowness. 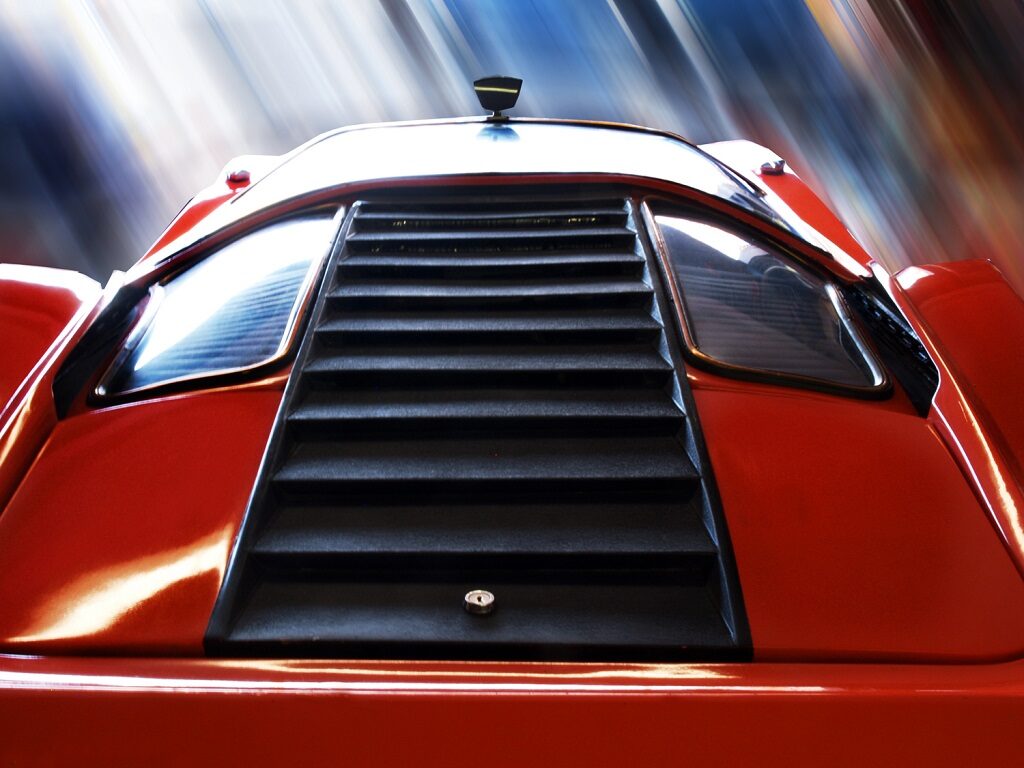 Seductive with slipstream curves, I immediately think the mid-transverse engine is going to have a giant orgasm of sound and be implacably groomed with uncompromising speed ready to be unleashed. Instead, it starts almost apologetically. It houses a rather tame carbureted 1.8-liter Austin 1800 engine – about as menacing as a baby’s carriage. Nevertheless, the four-cylinder, lightweight fiberglass monocoque body only starts to rattle at 100 mph. It might have been able to go faster, but rear-spoilers hadn’t been introduced back in the 1960s. Because the car is as low to the ground as a go-kart, you have a good view of the road, but not too many motorists have a good view of you, which can be a challenge when driving on the highway.

Regardless, it had dream-like aspirations of where the automotive future was headed. Unfortunately for the Adam brothers, that wasn’t too far. The brothers tried another version of the Probe, including a single Probe 7000, a completely re-styled car with mid-mounted Oldsmobile 7-liter power, but it had the same fate as the company when it went into liquidation in 1972 primarily due to people, who wanted these custom-made cars but didn’t end up paying for them. This is not to say that the Probe 16 wasn’t a sensation. Showcased in 1969 at the London Motor Show with the intention to initiate a ‘British Styling’ showpiece, the Daily Telegraph Magazine, in cooperation with the Institute of British Carriage and Automobile Manufacturers, awarded first prize to the Probe 16 as the most innovative entry.

Of the three Probe 16s, one was displayed at the Pollock Auto Showcase in the United States until it was returned to the United Kingdom around 1990 by Colin Feyerabend where it is undergoing a complete rebuild and restoration. Another Probe 16 was originally sold to American songwriter, Jim “In My Beautiful Balloon” Webb. The car had been left on a street in L.A. with a broken spline (the teeth on a drive shaft) and had been subsequently impounded. During the 1980s David Farmer discovered it and, having paid for the wreck, brought it back home to Antelope Valley where he kept it for 20 years before settling on a restoration agreement with Phillip Karam in Ottawa, Ontario. David agreed to bring it to Canada and Phillip would restore it and try to sell it. The profit of the sale would be shared. Though it was never restored, it was sold in 2016 to Dr. Mark Geach in England. 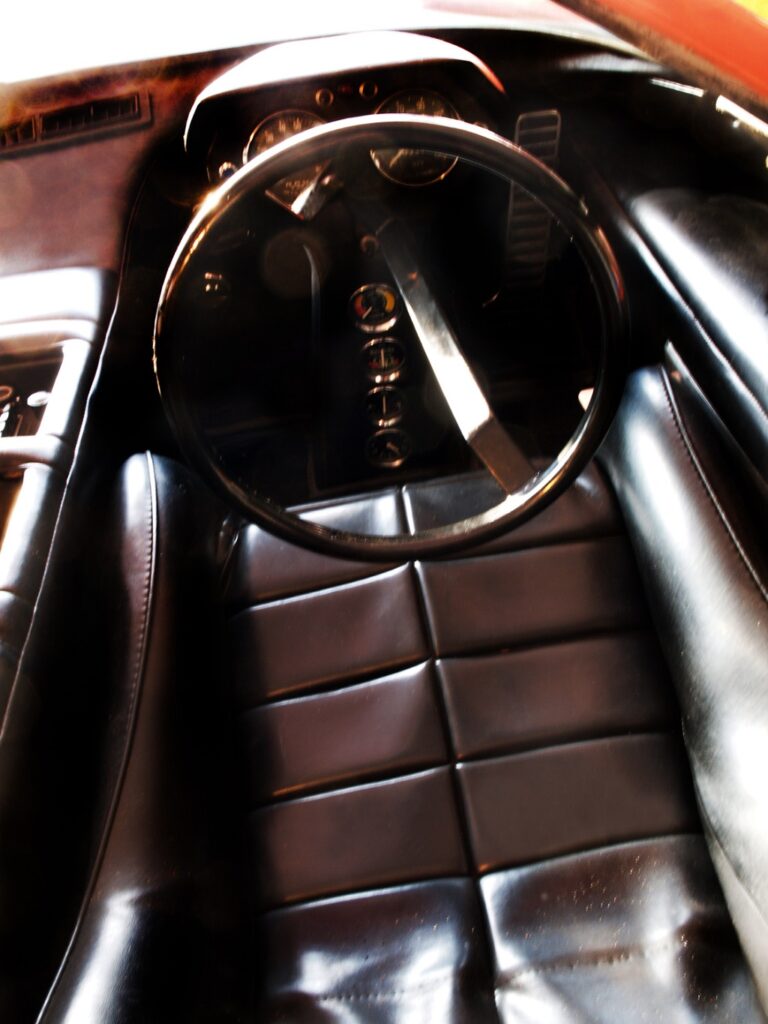 The final Probe 16, the right-hand drive used in A Clockwork Orange, was originally sold to Cream’s frontman and bassist, Jack Bruce, who gave the car as a birthday present to Laurence Mustard “Corky” Laing, his band-mate at the time with the group West. Laing later became the drummer for the rock group Mountain while the car became the property of Dr. Clyde Kwok, a Canadian university mechanical-engineering professor until 1983.

“I used to be interested in cars, but this one turned me into a fanatic,” recalled Dr. Kwok.

It has since been in the possession of private collector Phillip Karam. “I was searching for a kit car called a Nova in the United Kingdom, but couldn’t locate one and was directed to Dr. Clyde Kwok in Montreal. I approached Dr. Kwok at his home at Montreal’s Habitat ‘67 condos to find a kit car when I saw the Probe.”

The irony is that Phillip already owned a 1968 Marcos 1600 in his collection. In 2016, Phillip heard that the actor who played the protagonist in A Clockwork Orange, Malcolm McDowell, would be a guest at the 2016 ComicCon convention in Ottawa. Phillip offered the organizers the loan of the Probe 16 as a display at the actor’s booth providing he could get the actor’s signature on the car. Malcolm readily agreed by signing under the car’s hood.

Phillip’s Probe 16 will be exhibited this year at L.A.’s renowned Petersen Automotive Museum on Wilshire Boulevard, as Phillip is arranging with auction houses Bonham and Sotheby’s to auction the car off at Pebble Beach or a similar esteemed destination. Wherever it goes, it will surely be recognized as a one-of-a-kind treasure for its history and innovative styling. 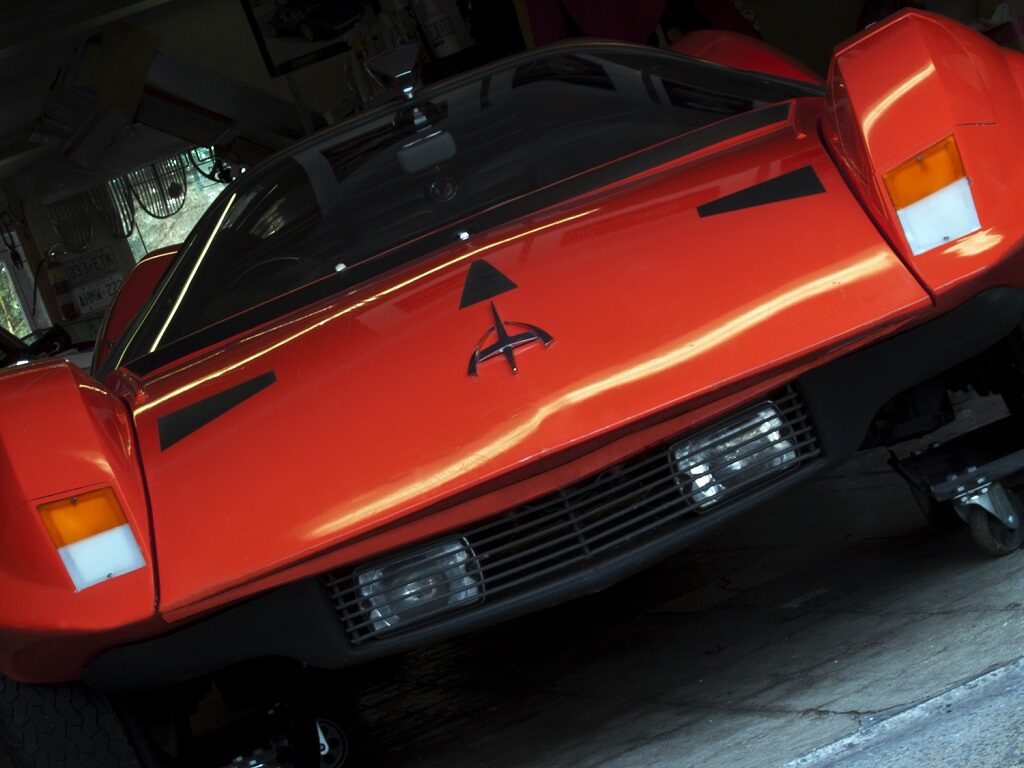