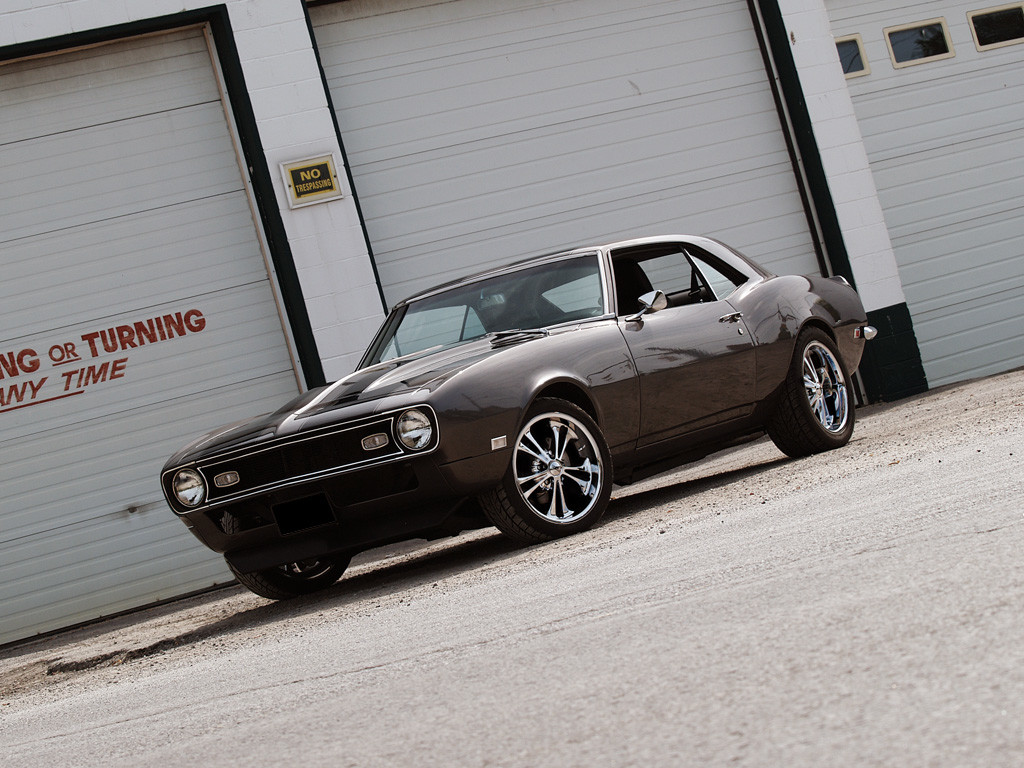 Crazy glue couldn’t grip corners any better. Grasp that and you’ll understand the meaning of the words strength and balance. If you’ve ever wondered what it’s like to fly through a curve with the magnetic force of a rollercoaster, Bob Frederick’s ’68 Camaro was a spectacular way to find out. The word Camaro in French means “friend” or “comrade,” but in Spanish, it means “upset stomach,” which in this case seemed far more apt. This is a car that makes you appreciate life because it can scare the hell out of you. Its horsepower translates directly into an immediate gut-wrenching rush unmatched by few other street production cars. But then, this isn’t your average street production Camaro. It’s built with one thing in mind – speed.

In the winter of 2003, Bob was driving with his daughter-in-law when she spotted the Camaro wasting away in a snow bank on a country road. After a perfunctory examination, Bob bought the car from the owner. “It had a good body, but mechanically it was shot,” recalls Bob, “but that was the right fit for what my son and I wanted to do with a rebuild.” With his son Jay, a mechanic and Bob, being an engineer, they stripped the intestines of the car out. “It had a decent exterior, but the rear package tray, back seat support and interior door framing had been butchered by someone that thought a big stereo system was important.” Bob picks up his car keys while talking, “the car was originally a 6-cylinder automatic (on the column), that had been converted to a 327 4-speed (on the floor), but it was in sad shape. Let’s go for a ride.” When Bob turns on the ignition, the soundtrack crackle from the engine is as intoxicating as a Jimi Hendrix concert.

Find out what happens on the test drive and learn more about the car. Read the full article here.