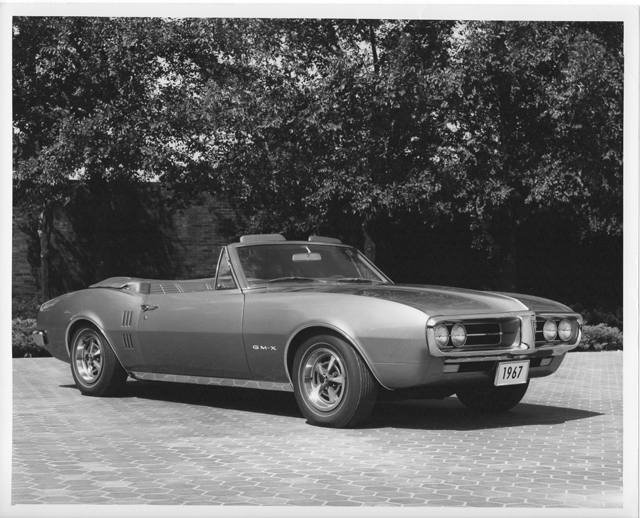 It was 1967 when GM forced Pontiac to drop DeLorean’s sports car—the Banshee. His bosses at GM felt that the Banshee would be a threat to Chevrolet’s Corvette. Pontiac leadership felt that  they had a winner with their new Firebird, which was designed using cues—and parts, from the Camaro’s body, and the GTO’s drivetrain.

According to a note by engineer Ben Harrison, by the end of March, 1967, over 33,000 Firebirds were sold, 77.8 percent had V-8 engines, 70.4 percent had automatic transmissions, 15.3 percent had four-speed manual transmissions, and 13.8 percent came with a limited-slip differential. The production year ended in September ’67.

As the saying goes, when the top goes down, the price goes up. That means that this beauty is definably an up-sell. What intrigues us about this car is the badging on the front fenders. For all intents and purposes, it’s a normal looking Firebird. So, what is the GM-X all about? Have any ideas? Let us know.