After a long winter’s nap, the 2018 drag racing season roared back to life thanks to the U.S. Street Nationals, sponsored by Mickey Thompson Performance Tires & Wheels, at Bradenton Motorsports Park. Hot rod performers from all over the world made their way to beautiful Bradenton, FL this weekend to showcase how their hard work during the off season has paid off. 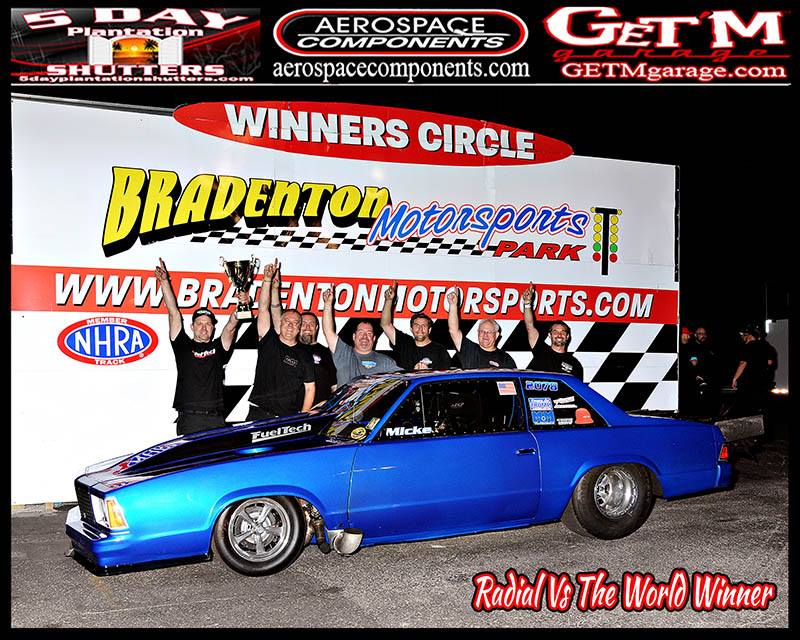 The feature series of the weekend didn’t disappoint. The final qualifying round gave Sand Springs, Oklahoma native Dewayne Mills the chance to drive to the most illustrious elimination round of the weekend.

Despite a hard-fought, nose to nose battle against Mark Mickie in his 1979 Chevy Malibu, Mills failed to take the earlier domination run, in his 1968 Chevy Camaro, to the finish line. Instead, Mickie and his race team would earn the most illustrious of U.S. Street Nationals titles with a 3.744-second pass at 212.46 MPH.

“This was an amazing race,” said Mickie. “Big thanks go out to everyone who helped make this happen during the off season. The hard work obviously paid off and is a great way to start the 2018 season.” 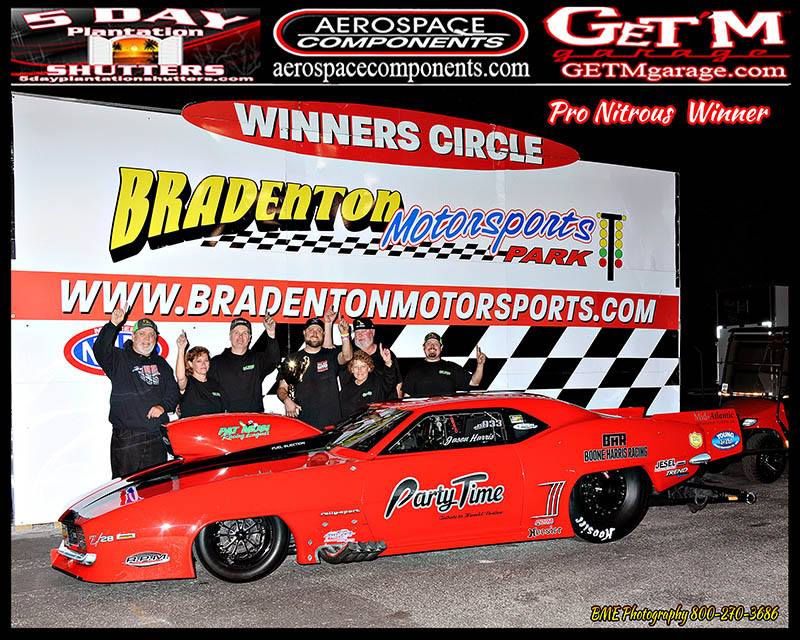 Although there were very few competitors in the Pro Mod Nitrous field at this weekend’s U.S. Street Nationals, the small field of six competitors put up one heck of a battle all the way through the final elimination rounds, especially between the top two competitors.

While Mooresville, NC’s own Lizzy Musi led the way in her Bickel race machine during Saturday’s final qualifying round, second place qualifier Jason Harris would pick up the win when Musi’s ride stalled on the starting line. With a 3.760-second pass at 199.91 MPH, Harris grabbed his first win of the season as well as an astounding $10K payout. 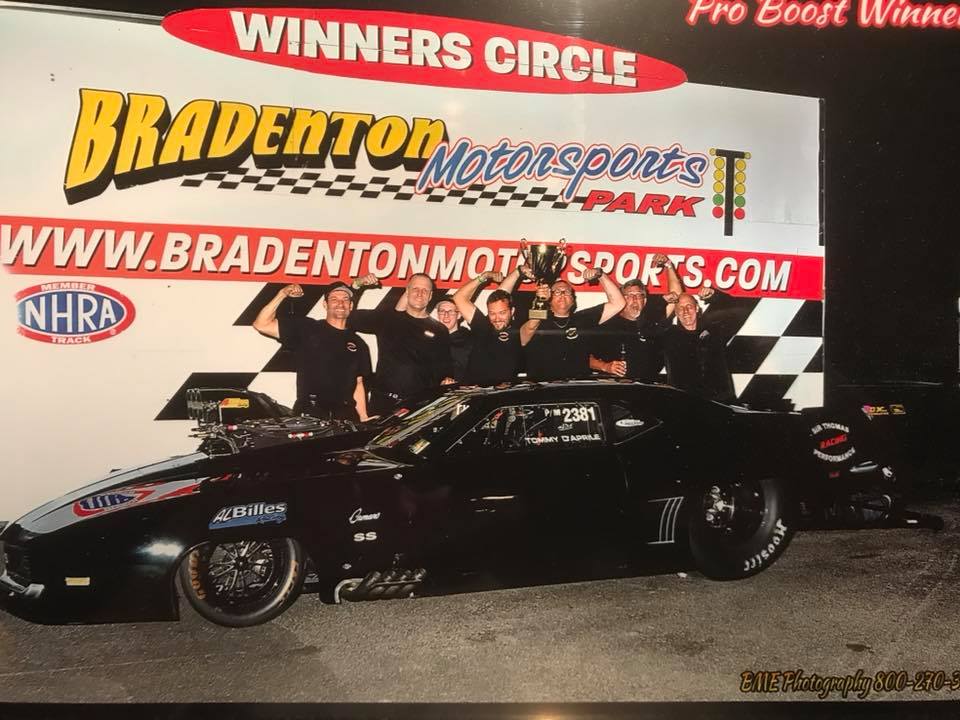 Although a runner-up qualifier picked up the win in the Pro Mod Nitrous class, the Boost class would be a different story. After a top qualifying run in his 1969 Camaro, with a 3.674-second pass at 201.16 MPH, Tommy D’Aprile took this run a step further in Saturday night’s final elimination round.

Much like Pro Mod Nitrous winner Jason Harris, D’Aprile eliminated his competitor Jason Hamstra after being the only car to charge down the raceway and grabbed a win with a 3.695-second pass at 199.46 MPH to pick up the second title of the night. 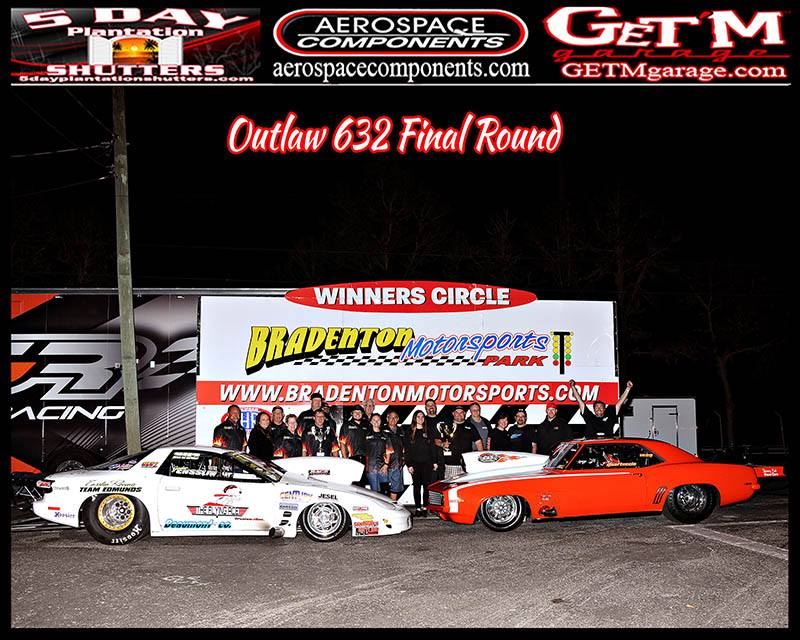 After a mind-blowing final qualifying time of 4.265 seconds at 168.88 MPH in his 1969 Camaro, Willingford Connecticut’s own Ken Quartuccio moved on to Saturday night’s final elimination round against Jordan Ensslin and his 2002 Pontiac Firebird Trans Am. Much like the rest of his weekend at the famed Florida drag track, Quartuccio dominated the final elimination round and took home the win with a 4.317-second pass over Ensslin’s lackluster 6.125-second final pass.

“There are no freaking words to express how cool it is to win this race,” said Quartuccio. “This is a hard-working race family and our hard work really paid off this weekend. We are so happy it hurts.”