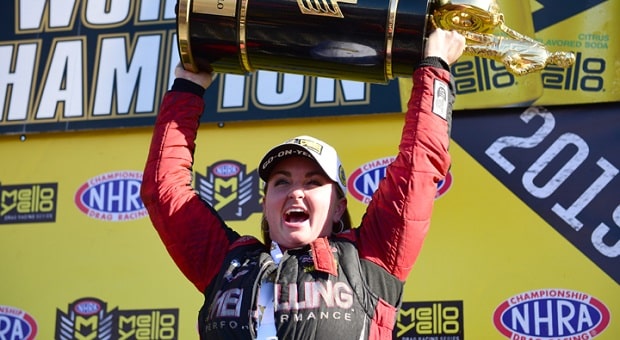 We live in a very contentious society. Even in racing circles, the rules appear to be valid when the sanctioning body says they’re valid. And, as always, they’re a moving target.

For example, NASCAR came to the realization that three teams were manipulating points for the teams that do not participate in its ownership charter ranks, attempting to make one team higher in the “open” ranks than another, during NASCAR’s season closing contest last month.

It took NASCAR almost two weeks to fully investigate this claim and come down hard against the three teams, who were all trying to make sure the Premium Motorsports No. 27 finished ahead of the No. 96 car in its premier Monster Energy NASCAR Cup Series (MENCS).

When NASCAR realized the depth of the deception after two weeks of investigation, they pulled points, set fines and suspensions for various crew members on the offending teams and made sure the three teams involved knew this was not an acceptable way to race in the series finale at Homestead-Miami Speedway.

NHRA had some of its own deceptive measures pulled in the season finale at Auto Club Raceway in Pomona the middle of November. Greg Anderson of KB Racing attempted to – and did – qualify poorly so that he could meet up with Pro Stock points leader Erica Enders in the first round, hoping to stop her as the Elite Motorsports driver reached for her third championship and first since 2015.

He qualified 15th; she was second (to teammate, No. 1 qualifier Jeg Coughlin Jr., who ultimately ended up winning the race). Enders beat Anderson and halted his teammates Jason Line and Bo Butner’s ambitions to thwart Enders’ title achievement, hoping to take it for their own. As Anderson lost, both drivers had to hope the red Camaro would fall in Round 2. It didn’t and she earned her title, lifting that heavy Wally to the skies.

Even before that duo’s battle in Pro Stock, Top Fuel’s sixth pairing featured points leader and reigning titleholder Steve Torrence against Terry Haddock’s driver Cameron Ferre. Ferre deep-staged his dragster, a move that Torrence didn’t appreciate. At the top end, words were exchanged – we still don’t know who said what – and the result was Torrence taking a physical swing at Ferre.

Normally, such a pot-shot would be dealt with quickly. Deep staging isn’t illegal and is done by many racers in all categories of NHRA Mello Yello and Lucas Oil series. This was the Auto Club finals, though, and NHRA waited until two days after the race to impose a small fine on Torrence and force him into anger-management classes.

The response to this by fans has mostly been disgust at NHRA for not taking a quicker and broader stance on Torrence’s actions. Again, we don’t know what was said by the duo to one another that caused this melee to break out, but it should have been met with more speed and, perhaps, a discussion in the tech trailer before the next round to figure out what was said and whether a larger penalty was in order. The wait didn’t look pretty then; it doesn’t look pretty now.

But that’s not all – last weekend was the final Formula One race of the year in Abu Dhabi. Prior to the start of each F1 race, teams have to declare the amount of fuel they’re using in their power units. Ferrari gave an incorrect number for Charles Leclerc, the team’s up-and-coming racer who eventually earned the third podium spot behind champion Lewis Hamilton and Red Bull’s Max Verstappen.

The FIA, which governs nearly all worldwide motorsport, did not take any action until after the race was held, even though they knew of the discrepancy well before the 55-lap contest’s start. It’s widely known that Ferrari can call its own shots in that series because its presence is deemed necessary to the sport. Leclerc kept his podium finish; the team was fined 55,000 Euros, or about $55,000, which is a similar wrist-slap to the $25,000 Torrence was fined.

Now, I don’t want to see antiseptic, squeaky-clean competition across the board. Racing is an emotional sport and it’s easy for people to become inflamed if they feel wronged. Will anyone ever forget what brought NASCAR into public consciousness in 1979 during its first televised race? Yes, it was a fight at the end of the Daytona 500 between Cale Yarborough and Bobby Allison.

It’s right for sanctioning bodies to keep order in their courts of play, but not to eradicate the emotions and spunkiness that make motorsports a real, true sport. NASCAR did, I believe, make the right call when three teams closed ranks to change final standings; I’m not so sure either NHRA or F1 made the best call, for their competitors, for their fans and for the general public that needs to be more aware of the sport that claims our devotion.