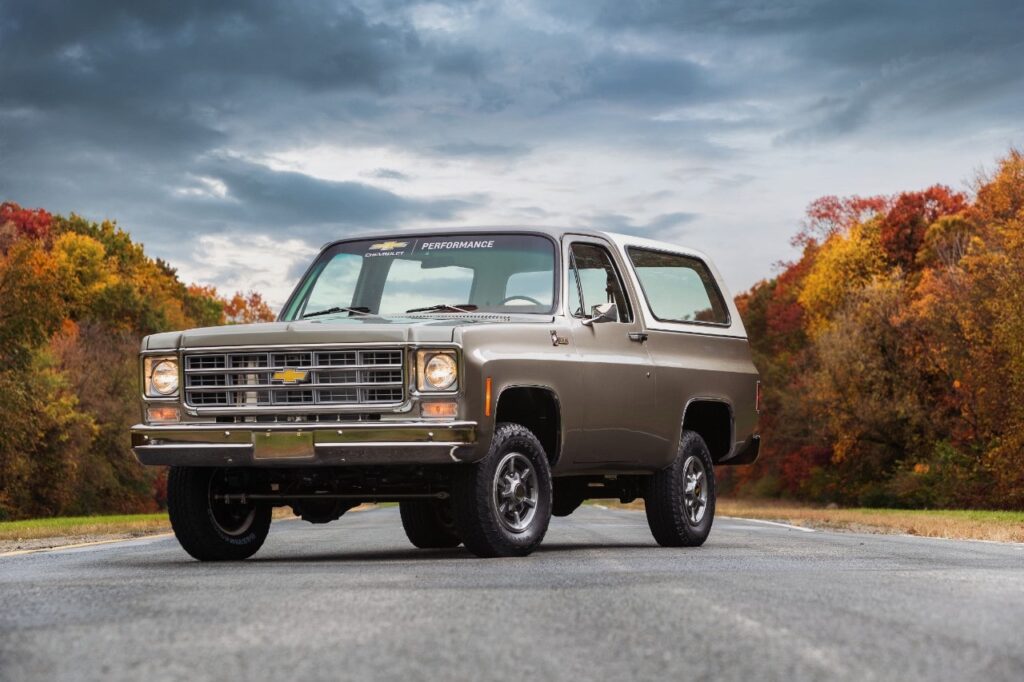 At last year’s SEMA show, Chevrolet showed off a concept car with an electric powerplant: a 1962 C-10 pickup truck build powered by an electric Connect & Cruise concept crate propulsion package. A year ago, it was a vision of the future. This year, we’re living it.

For SEMA 360, Chevy debuted its 1977 K5 Blazer converted to all-electric propulsion. According to GM, “The K5 Blazer-E is a functional proof of concept of the upcoming Electric Connect and Cruise package Chevrolet Performance plans to sell in the second half of 2021.”

So, a very cool build comes with an even bigger message – the eConnect and Cruise is the real deal, and pretty soon, it’ll be available for purchase. Chevrolet is using the SEMA 360 platform to actively survey visitors on potential projects for the electric crate engine. 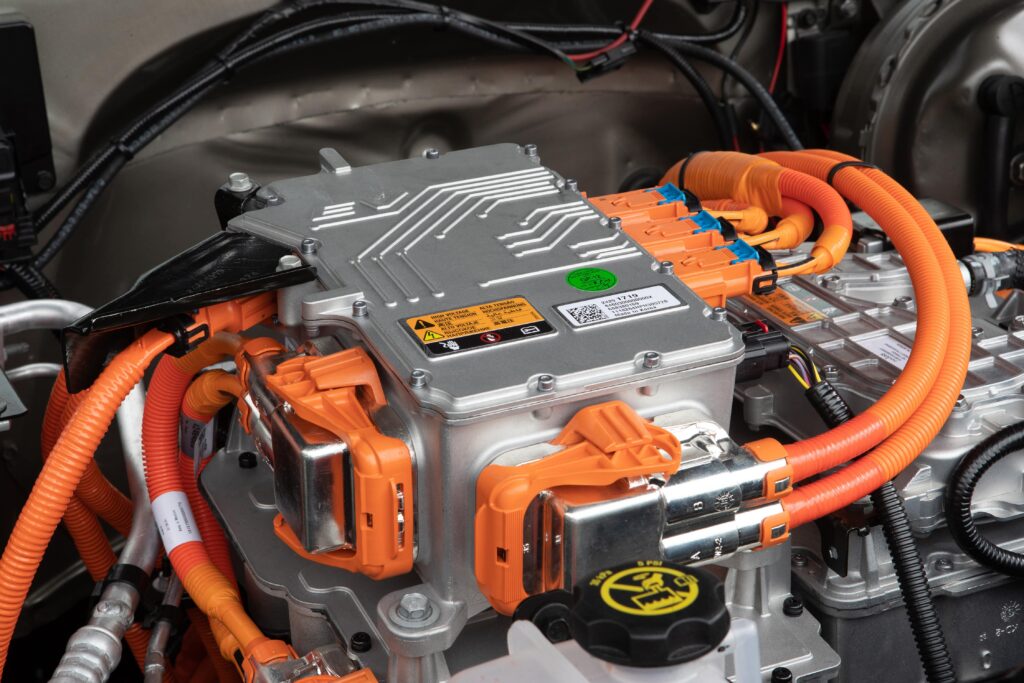 “As GM introduces a new fleet of electric vehicles, it creates an exciting opportunity to bring EV technology to the aftermarket,” said Jim Campbell, GM U.S. vice president of Performance and Motorsports. “Our vision is to offer a comprehensive line of Connect and Cruise systems from Chevrolet Performance – delivering a solution for every customer ranging from LSX V-8s to eCrate conversions.”

General Motors GMC Hummer EV Supertruck debuted two weeks ago to a buzz of excitement, along with the promise of more electric trucks in the future, and while Chevy’s ’77 Blazer is a throwback (and a eyebrow tilted nod to the new Bronco, a “your move good sir”), it demonstrates that the technology powering it can update the most retro vision.

The eCrate first drove the eCOPO in 2018, prior to showing up in the E-10. These concepts helped Chevy refine and define what an electric crate motor could do. 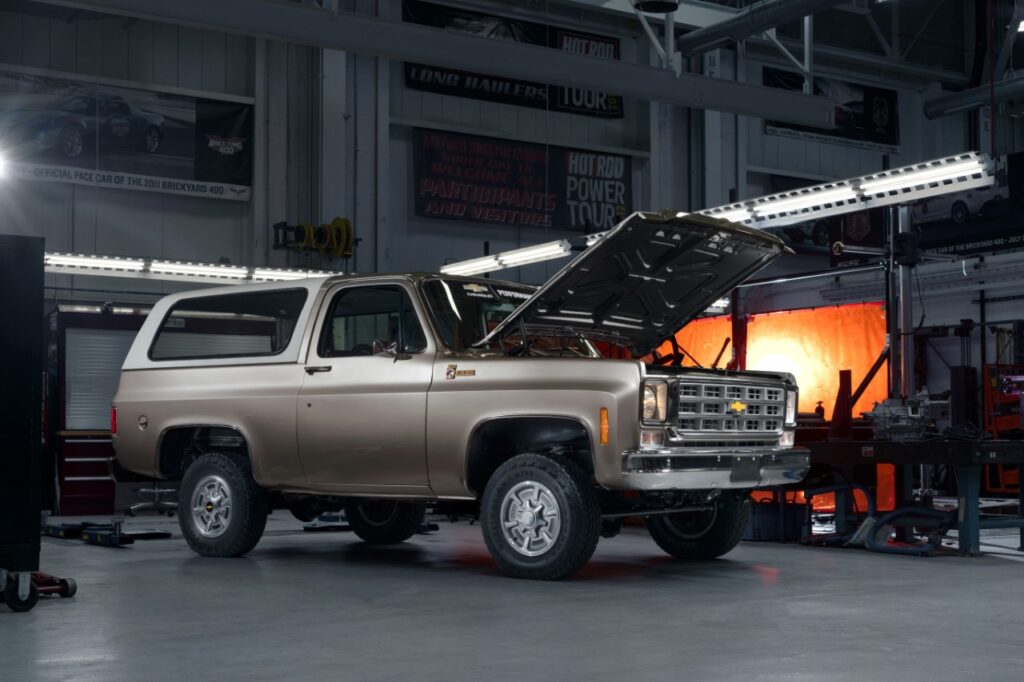 The K5 Blazer-E build is mostly stock Blazer, and the few new parts needed for the eCrate are factory components from the Chevrolet Bolt EV, according to Chevy.  After puling out the original three-speed automatic V-8, the team dropped in a Bolt EV with a Chevy Performance automatic four speed.

A 400-volt Bolt EV battery pack powers the engine from the cargo area, providing 60 kilowatt-hours of usable energy.  A electric power steering kit, electric pump providing vacuum to the stock brake system, and an electronic controller to drive inputs to the vintage Blazer gauges – such as displaying the battery’s state of charge on the original fuel gauge were all aftermarket components.

So if it can power a big Blazer, the Electric Connect and Cruise has nearly unlimited potential as is, and will (in theory) be available in the second half of 2021.  The current configuration in the K5 Blazer delivers 200 horsepower and 266 lb-ft of torque, and Chevrolet Performance is also looking at how to develop higher performance potential with the eCrate packages. The team will be working to integrate GM’s modular Ultium battery system technologies, meaning more horsepower, more torque and more MORE.

“Minutes after Chevrolet showed the E-10 concept, customers started calling to ask how soon they could build their EV project,” said Russ O’Blenes, Chevrolet director of engineering, Performance and Racing. “The K5 Blazer-E demonstrates what is possible for customers who want to convert their vintage truck to a daily driver with the instant torque and unique driving experience of an EV. For customers who want more extreme performance, the modular eCrate system will have virtually limitless applications.”

About Andreanna Ditton 199 Articles
Andreanna Ditton is the Content Manager for MotorHead Media and the Editor-in-Chief for RacingJunk.com/news. She's been working in the automotive publishing industry since 2007 focusing on racing and performance for motorcycles and cars.