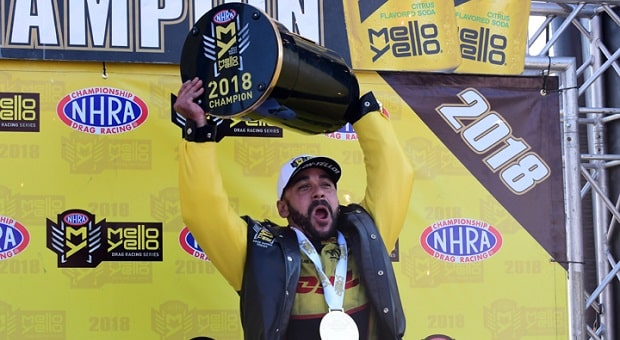 J.R. Todd’s road to the 2018 Mello Yello NHRA Funny Car championship was long and arduous. As he drove his DHL Toyota Camry flopper to the winner’s circle after finishing the season-closing Auto Club NHRA Finals on the Auto Club Raceway at Pomona dragstrip, Todd exulted in finalizing the deal on a mild November afternoon: earning his first Funny Car championship while driving for NHRA legend Connie Kalitta in son Scott’s car and winning the season-ending race on the same day.

His has been a circuitous run to a long-envisioned title. Encouraged by father Mario as he drove Jr Dragsters starting at the age of 10, J.R. “first got into a Top Fuel car a week after I graduated high school,” he recollected earlier this year. After the team’s shop burnt down and with no other offers available, he crewed on Bob Gilbertson’s Funny Car from 2003-2005 in part to keep his name out in the open and learn the business from the inside. 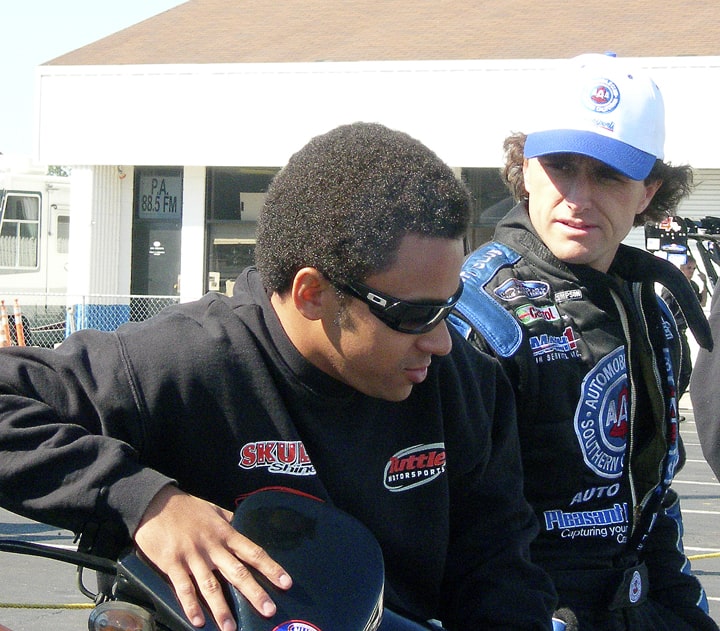 A dragster ride with Dexter Tuttle’s Top Fuel team seemed to be an opportunity in 2006; it too went away when the money evaporated in 2007, a year when his best buddy Eric Medlen passed away at Gainesville in a Monday post-race testing accident. Hooking up with another friend, Morgan Lucas, as that driver attempted to bring a second car to his program, Todd again fell by the wayside as Lucas was unable to find sufficient funds to run two dragsters.

By the time this century’s second decade began, J.R. Todd was in the Middle East, serving as a driving instructor for a sheikh with a love of drag racing. This project, too, ended after the sheikh formed a team but was unable, financially, to keep it running. Returning to the USA in 2011, Todd was at an impasse. Should he keep knocking on doors or go find a 9-to-5 job outside the business?

As his father points out, his son always perseveres when he wants something. Which made the phone call from Connie Kalitta, as the Todd family was out for dinner one springtime night in 2014, a great shot in the dark. Kalitta had just canned David Grubnic, his Top Fuel driver, and wanted to know if Todd was interested. The call came from Las Vegas, where NHRA’s Mello Yello competitors were encamped. Todd arrived in Sin City early the next morning, ready to drive a car he’d never seen before. By Denver, he’d shown Kalitta the move was a wise one: The duo celebrated their first win together at the Mile High Nationals and took second place in NHRA’s Countdown to the Championship. 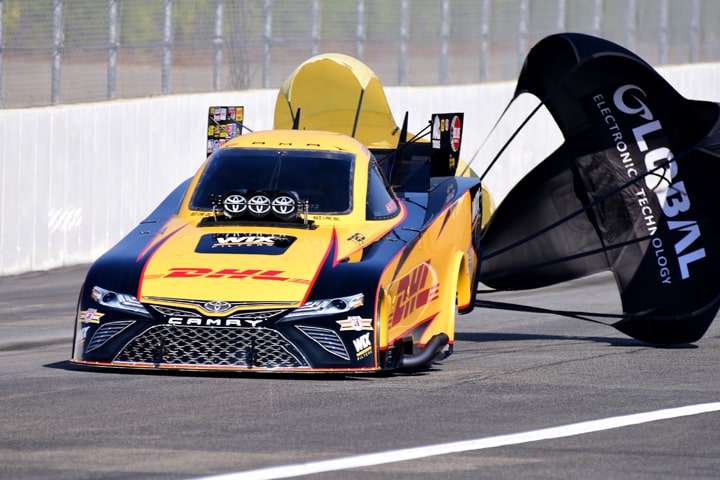 Todd continued in the dragster until the close of the 2016 season, when he was offered the opportunity go drive Scott Kalitta’s No. 319 DHL Camry Funny Car, as 2015 Funny Car champ Del Worsham returned to the family racecar, leaving the seat open. Todd, as he does, accepted the challenge and began studying the profound differences between rails and floppers. He became the first person of color to win in the new-to-him category, taking the Wally trophy in Sonoma last year. He qualified for NHRA’s 10-driver Countdown to the Championship a fifth time, his first in the Funny Car division.

The stage was set for a victorious 2018, with J.R. Todd’s guiding team, Worsham’s crew chief in his championship season, Jon Oberhofer, together with Todd Smith, who helped Jack Beckman achieve the Funny Car title in 2012, manning the computers and weather station and walking the track before qualifying and eliminations.

Connie Kalitta’s faith in J.R. Todd’s capabilities came to fruition with the change from dragsters to the much-more-difficult-to-drive Funny Car. Todd earned an enviable six 2018 race wins in the 24-contest schedule, including three (in five final rounds) in the six-race Countdown to the Championship playoffs. In earning his first-round victory as closest competitor and 2017 class champ Robert Hight lost in Pomona’s first round, Todd got the championship and the $500,000 check to present to Kalitta.

After becoming the first African-American driver to win any Funny Car race, J.R. Todd became the first to win a championship in this class. There’s still more for this Indiana racer to contribute to NHRA drag racing and Kalitta Motorsports, no doubt about that. But it’s likely he won’t be coming down from this high until the new season begins, once again, in February at Pomona. 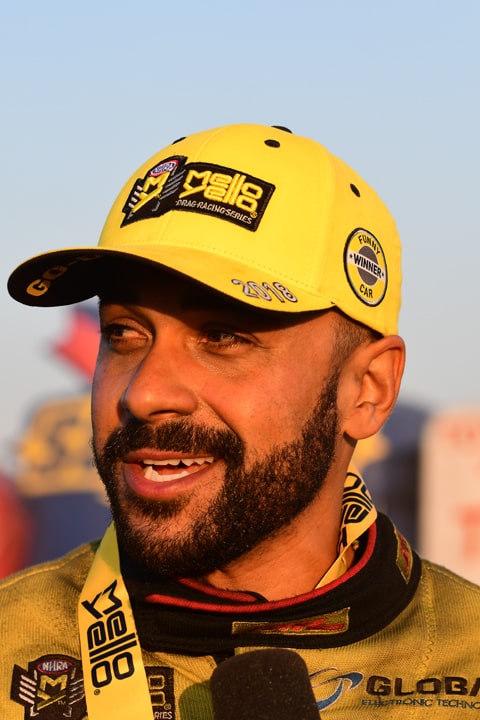