RacingJunk News > News > Guest Columns > Will the Specter of Payback Haunt the Rest of the NASCAR Chase? 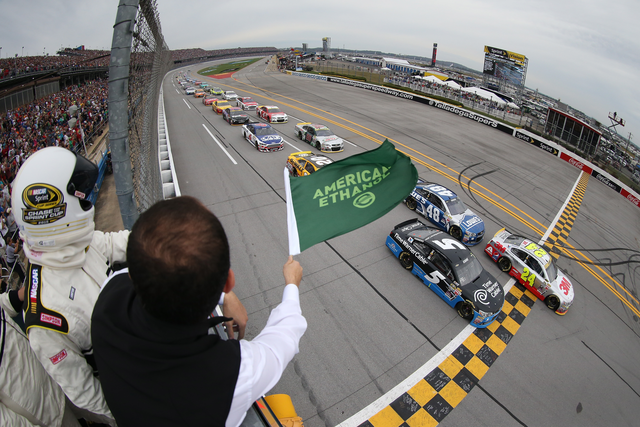 In the last two races of the Chase for the Sprint Cup, we’ve gone from what’s most important – winning – to the specter and potential possibility of retaliation.

No longer is earning the checkered flag first and foremost in the minds of every driver.

Rather, if one Chase driver was wronged by another Chase counterpart – and especially if he suffered elimination from the remainder of the playoffs as a result – seeking revenge has replaced trying to end the season with as best of a finish as possible.

It’s not longer important to finish the Chase as high as fifth if you were eliminated prematurely.  The incentive is gone, replaced by avenging being wronged.

Matt Kenseth owes Joey Logano for being a big part for his elimination and further advancement in the Chase.

Dale Earnhardt, Jr., Denny Hamlin, and Ryan Newman were all eliminated last Sunday at Talladega because of what, depending upon your point of view, Kevin Harvick did or didn’t do.

Some say Harvick intentionally wrecked Trevor Bayne, triggering a 12-car wreck that brought an immediate end to the race.

And in the process, Harvick was able to avoid the cutdown from 12 to eight drivers remaining in the Chase. 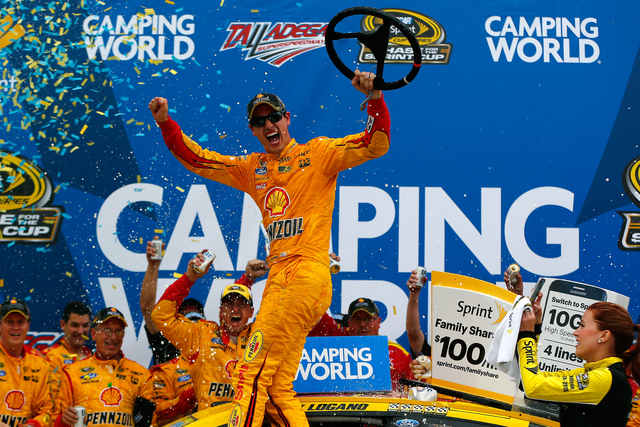 So now as we enter the third and most decisive round of the Chase – it will determine the four finalists who battle it out for the championship in less than a month from now in Homestead, Fla. – the drama of what’s still to come has greatly been ratcheted up.

But when I first started covering motorsports more than 30 years ago, I was told an anecdote by late USA Today motorsports writer Bet Tuschak that has remained with me ever since.

“Rae car drivers are like elephants: they never forget,” Tuschak told me one day at Indianapolis Motor Speedway.  “If they feel somebody has done them wrong – especially if it was intentional – trust me, they’ll get payback.  It may take time, maybe even several years, but I can guarantee you it’s not if they’ll get their revenge, but rather when they’ll get it.”

So as we enter this weekend’s start of Round 3 of the Chase at Martinsville Speedway, we are staring at the very real possibility of several drivers looking to take each other out.

NASCAR officials will likely be on heightened alert to make sure that if one driver blatantly and intentionally wrecks someone else – especially an eliminated Chaser doing so to a still-existing Chaser – that there will be repercussions to face.

Of course, NASCAR drivers are a crafty bunch.  They like to push every limit and every rule the sanctioning body has on the books.

As one of the sport’s oldest sayings goes, “It ain’t cheating if you don’t get caught.”

Or to put that in better context when it comes to revenge, “It ain’t payback if you make it look like an accident.”

I’m both looking forward to, as well as dreading, the inevitable retaliation we’re going to see in the next four races.  It’s right up there with the things that you can’t avoid, like dying or paying taxes – you know it’s going to happen.

I’ve intentionally tried to stay away from naming names or calling out who is going to get whom.  But you know as well as I do, it just takes one slight crack of the wheel, one push too hard into a rear bumper or one fender cutting into another driver’s tire, and a championship contender could quickly morph into a former championship contender.

I hate to see NASCAR put in a position where it will have to determine what a driver was thinking or whether his on-track actions were intentional or a true accident.  That’s a very fine line to walk.

More often than not, the sanctioning body has no choice but to err on the side of caution and let questionable contact or less than 100 percent blame slip by. 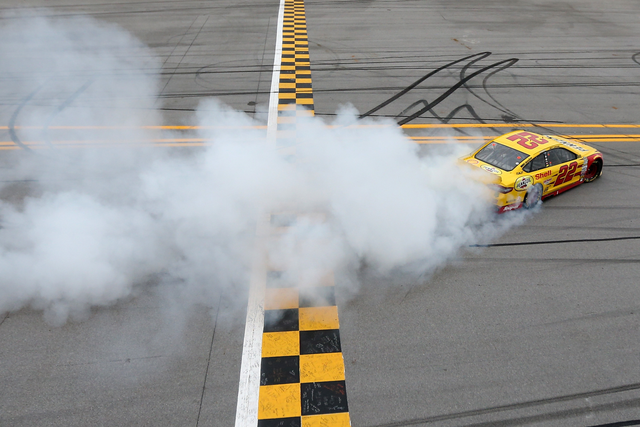 We’ve already seen eight drivers eliminated in the first two rounds of the Chase, including Kenseth, Hamlin, Earnhardt and Jimmie Johnson.  Those four drivers account for a combined 13 wins in 2015 more than one-third of the season’s eventual victories – yet they’re all no longer in title contention.

As a result, it’s wait ’til next year for the six-time Cup champ (Johnson), NASCAR’s most popular driver the last 12 years running (Earnhardt) and the guy many believed would fly under the radar to earn his second career Cup crown (Kenseth).

So if you think they’re simply going to stand by and let those that wronged them march straight on to the championship, you’re sadly mistaken.

Sure, the Chase is about winning races and surviving a 10-race marathon to claim the championship.

But like a 10-bout boxing card, while the main event is what we tuned in or came there in-person for, the undercard of the eliminated seeking to extract revenge could wind up stealing the whole show.

2 Comments on Will the Specter of Payback Haunt the Rest of the NASCAR Chase?