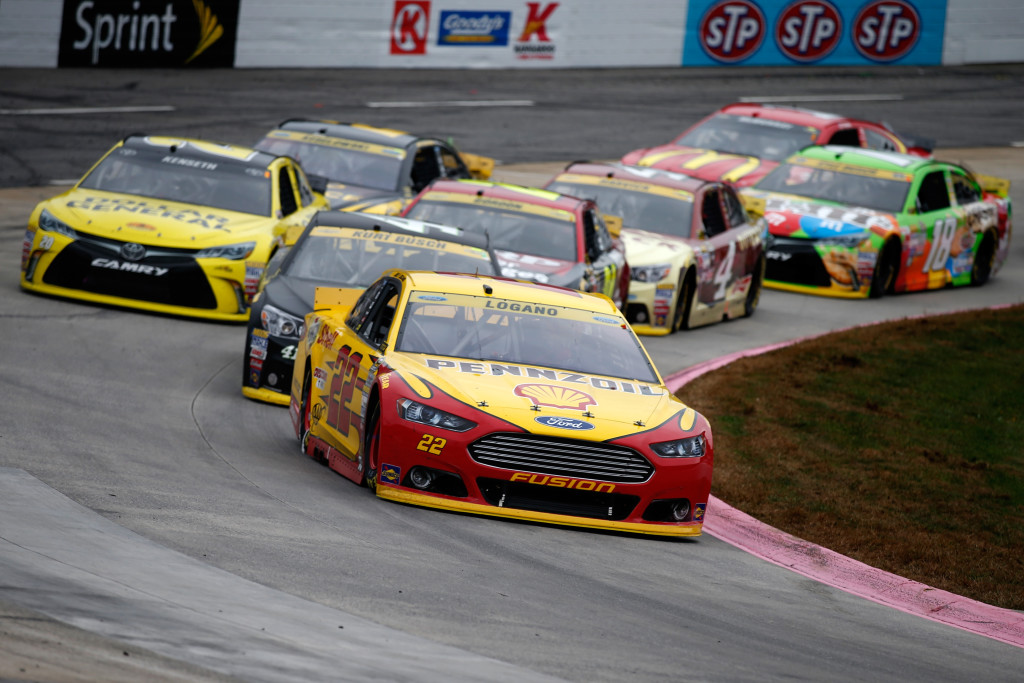 With the two-race suspension penalty it imposed upon Matt Kenseth, NASCAR may have inadvertently created another unforeseen problem.

What has been NASCAR’s biggest mantra over, say, the last decade-plus? It’s been at the core of the creation of the Chase for the Sprint Cup, the introduction of the Car Of Tomorrow and its Generation 6 successor, and the reason why we’ll see a lower downforce aero package next season.

It’s been part of the introduction of double-file restarts, expanding restart zones and was also the genesis for the “Boys Have At It” instructions for drivers to self-police.

Next to emphasizing winning above all else, close side-by-side racing is what NASCAR has worked so very hard to achieve. Basically, the sanctioning body wants the race tracks, the rules and the cars so evenly matched that no one – no team, no driver, no manufacturer – has a marked advantage over their competitors.

For that, I highly commend NASCAR. Brian France, Mike Helton, Steve O’Donnell and Robin Pemberton all want everything so even that the only distinction is – and should be – the talent of each individual driver.

But here’s where the rub occurs post-Kenseth penalty.

By imposing a first-ever two-race suspension on a driver in the Sprint Cup Series, namely Kenseth, the sanctioning body may have inadvertently impacted its close side-by-side racing precept in the three remaining races of the Chase.

Or the four drivers remaining that will battle for the Sprint Cup championship in two weeks at Homestead-Miami Speedway.

At the very least, what happened to Kenseth will potentially make other drivers think twice about going 1-on-1 with a Chase driver for the rest of the season.

And here’s where the odd part of all this comes about.

For the first 11 years of the Chase, including last year’s change in format, drivers for the most part have been excellent when it has come to staying out of the way of those still in the Chase.

I remember early on in Jimmie Johnson’s run of five championships, there was concern that drivers Johnson had previously had on-track run-ins may look for retaliation and revenge.

But none happened. Never even came close. And that was to the credit of every Cup driver out there.

I admit, it’s a difficult job that NASCAR has, essentially holding a race (for the Chasers) within a race (the actual overall 43-car event). And up to this point, the sanctioning body has done a stellar job. It’s made clear to drivers what they can and can’t do, and 99.9 percent of the time, that’s what the end result has been.

Ironically, it’s been the Chase drivers themselves that have caused some of the biggest problems in the Chase.

For example, at varying times during last year’s Chase, Brad Keselowski (and I’m not just picking on him, but rather because he was involved in so many incidents) got into it with Kenseth, Jeff Gordon and Kevin Harvick. But when those incidents occurred, all drivers were still Chase drivers and still eligible for advancement.

So now, with the likelihood that non-Chase or eliminated Chase drivers will be scrutinized more closely and will not be allowed to adversely impact a race by intentional contact with a remaining Chase driver, it’s pretty clear what the end result will likely be.

For example, going into Sunday’s race at Texas, don’t be surprised if non-Chase drivers hold back and refrain from trying to win the race. Finishing ninth or 10th is better than being suspended for a race or two if they cross the line.

Sure, some non-Chasers will wind up in the top-10 (actually, mathematically, at least two will do so) at Texas and Phoenix, but if they try to block a Chase driver (like Kenseth did to Logano at Kansas three weeks ago) or try to “accidentally” wreck a Chase driver, they run the risk of being penalized in the same fashion Kenseth was.

I don’t envy NASCAR officials. They have a hard job trying to please everyone when, in some instances, they wind up alienating a certain segment of the fan base with decisions that are tough but also not popular with those in the stands or watching on TV.

But in trying to rectify what it perceived to be a wrong – Kenseth’s wrecking of Logano last Sunday – NASCAR may have created a situation where all eight remaining Chase drivers will be at the front of the pack at Texas and Phoenix not because they have the best cars that day.

But rather, because everyone else is too afraid to mess with them – close side-by-side racing be damned.

2 Comments on Will NASCAR Penalties Impact Racing in Remainder of Chase?