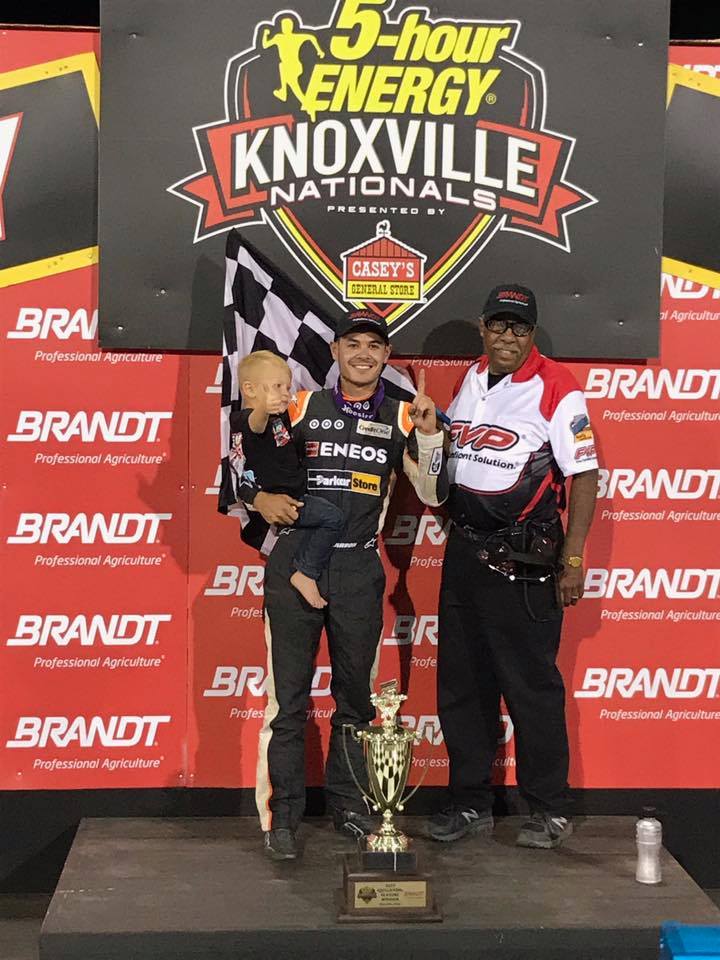 When Kyle Larson took the Brandt Qualifying Night trophy at the 57th annual 5-hour ENERGY Knoxville Nationals presented by Casey’s General Store yesterday, it was both a victory and a dilemma.

The qualifying win means that Larson can compete for the Knoxville Nationals title on Saturday, however, he’s already scheduled for a NASCAR run at the Michigan International Speedway.

While the logistics of going back and forth between the two races (and 500+ miles that separate them), the choice isn’t really in Larson’s hands, but in NASCAR team owner Chip Ganassi, for whom Larson races.

According to Knoxville, after the win Larson “announced to the crowd that he had a tough phone call to make. He had to ask Chip Ganassi, the owner of his NASCAR team, if he could return to race on Saturday.”

Somehow, we doubt that Chip Ganassi is going to find the will of the Twitterverse a persuasive argument in signing off on one of his strongest racers shuttling between venues and race cars at the height of Cup season.

So, if you’re a dirt fan, keep your fingers crossed, and for the NASCAR afficianados, what do you think. Should Ganassi #LetKyleRace?