Nothing Could Damped Winning Spirit in Topeka 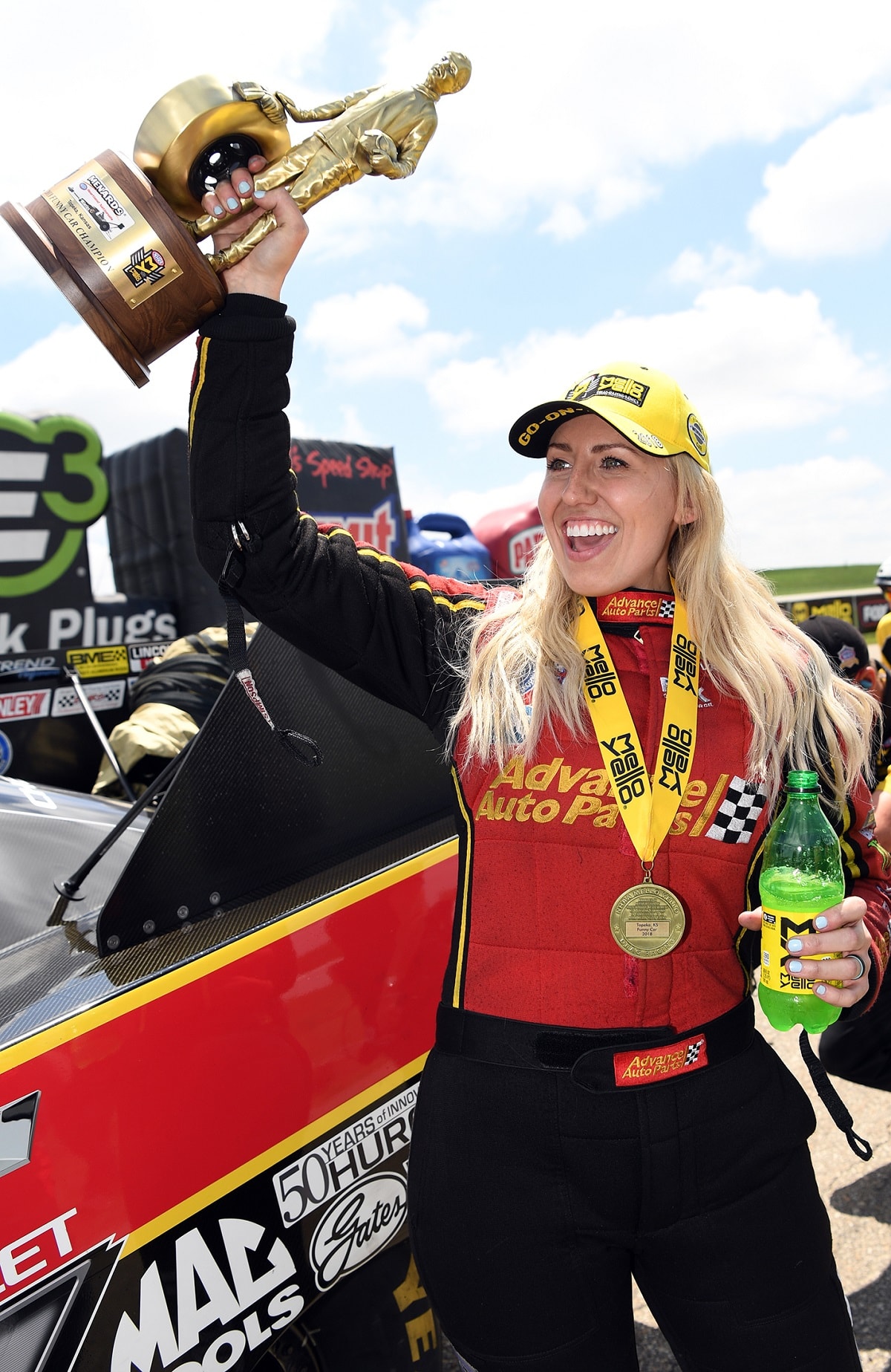 Despite Mother Nature making her best effort to become the ultimate champion at this weekend’s 30th annual Menards NHRA Heartland Nationals presented by Minties, endurance would pay off and spirits would remain anything but dampened by one femme fatale and two of her fellow competitors at Heartland Motorsports Park. 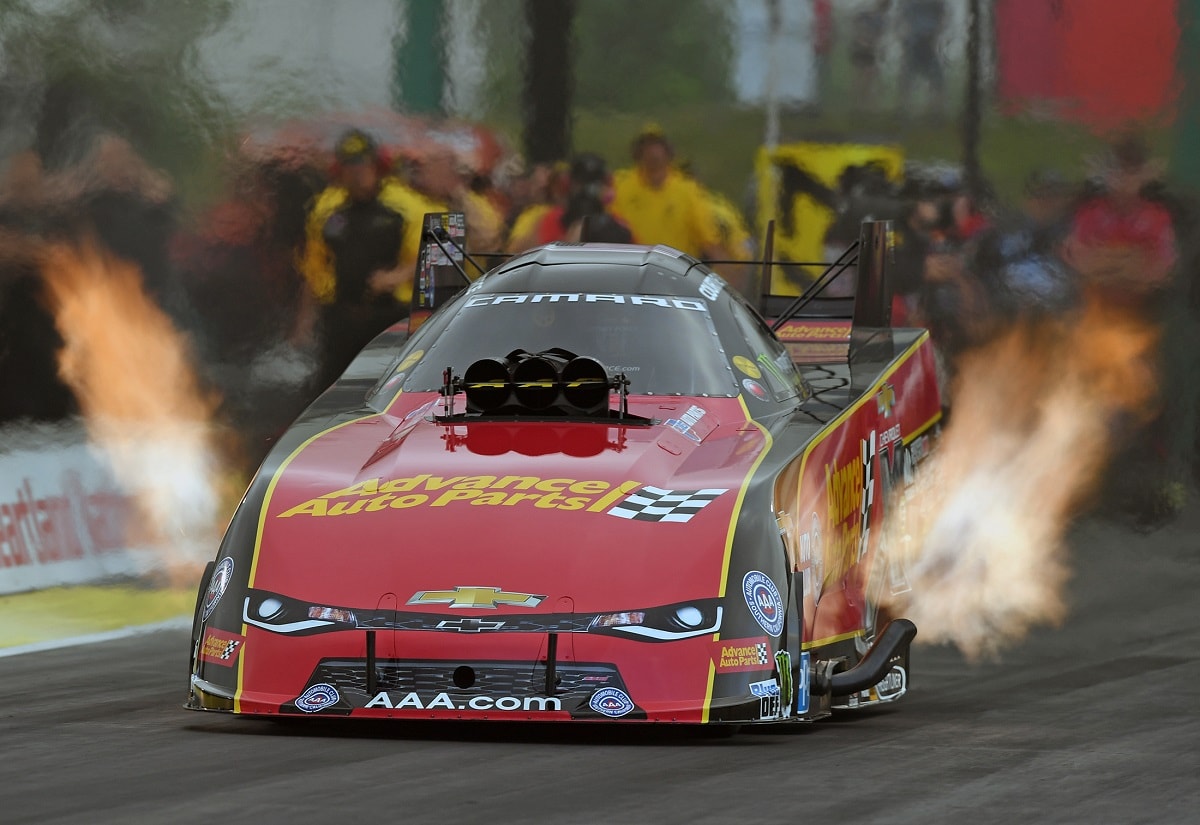 Although Southern Nationals Funny Car winner Courtney Force would be forced to wait until Monday to earn her latest Wally award, thanks an eight-hour rain delay and cooling weather late in the day on Sunday, this wouldn’t stop the John Force Racing driver from proving that nothing could put out the fire that she had already lit earlier in the weekend.

After earning her fifth No. 1 qualifier of the year, at the start of the weekend, Force raced her way past Richard Townsend, Matt Hagan and J.R. Todd before entering her third final round this season on Monday. Although she would have to compete against defending world champion and teammate Robert Hight in Monday morning’s final round, Force would lock down her third win of the season with a pass of 3.928-seconds at 329.83 MPH.

“Earning back to back wins is just insane,” said Force. “Especially earning this on a track where the conditions changed a lot throughout the weekend. I have to give credit to my crew chiefs Brian Corradi and Dan Hood, who are both unbelievably talented and make this car so incredibly fun to drive.”

Force’s latest win has continued to skyrocket her domination in the Funny Car point standings by more than 80 points over Don Schumacher Racing driver Jack Beckman going into Route 66 Raceway in Joliet, Ill. 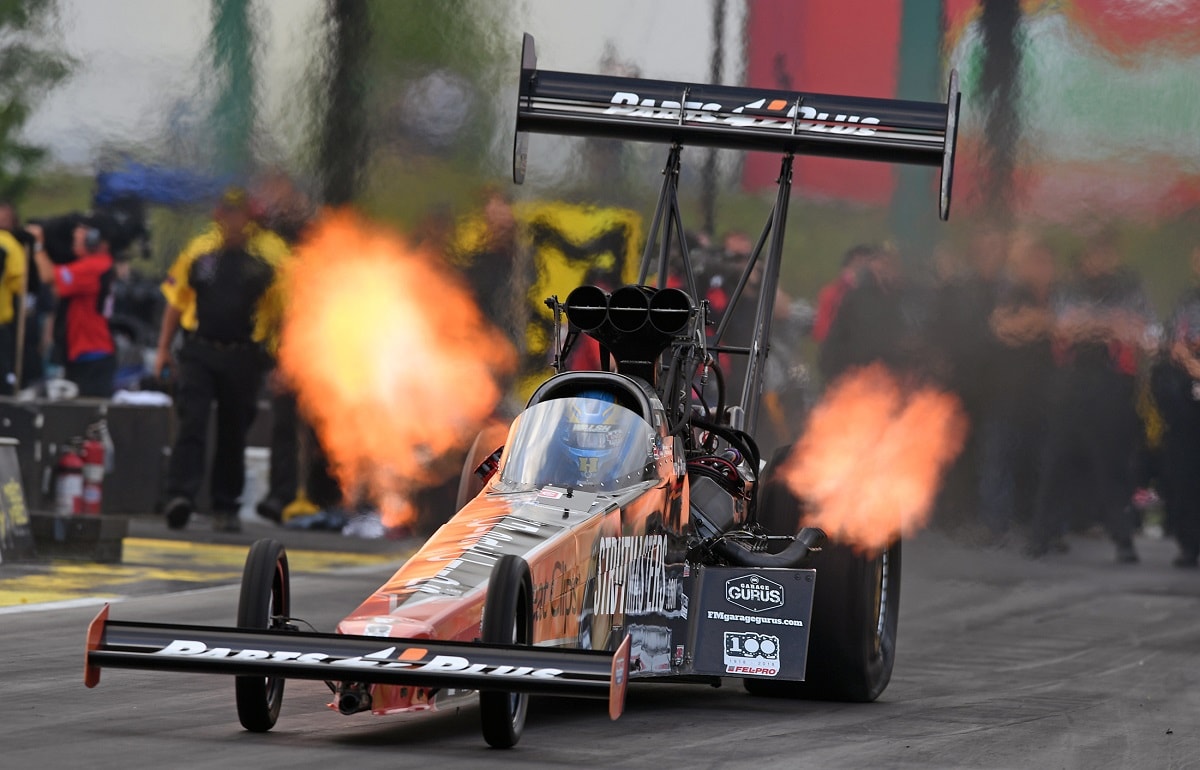 After earning the top qualifier spot at the Southern Nationals, Clay Millican returned from his recent fall with a fire in his belly to earn the top spot at this weekend’s Heartland Nationals. After taking down Terry Totten, Doug Kalitta and eight-time world champion Tony Schumacher Millican clinched his second career national event title on Monday after he piloted his Strutmasters/Great Clips dragster to a 3.727-second pass at 332.59 MPH to defeat Terry McMillen in the finals.

“This car was really good all weekend, despite the track condition,” said Millican. “With all the work my Crew Chief David Grubnic had put in, he finally found some consistency, which helped us earn the win at Topeka.” 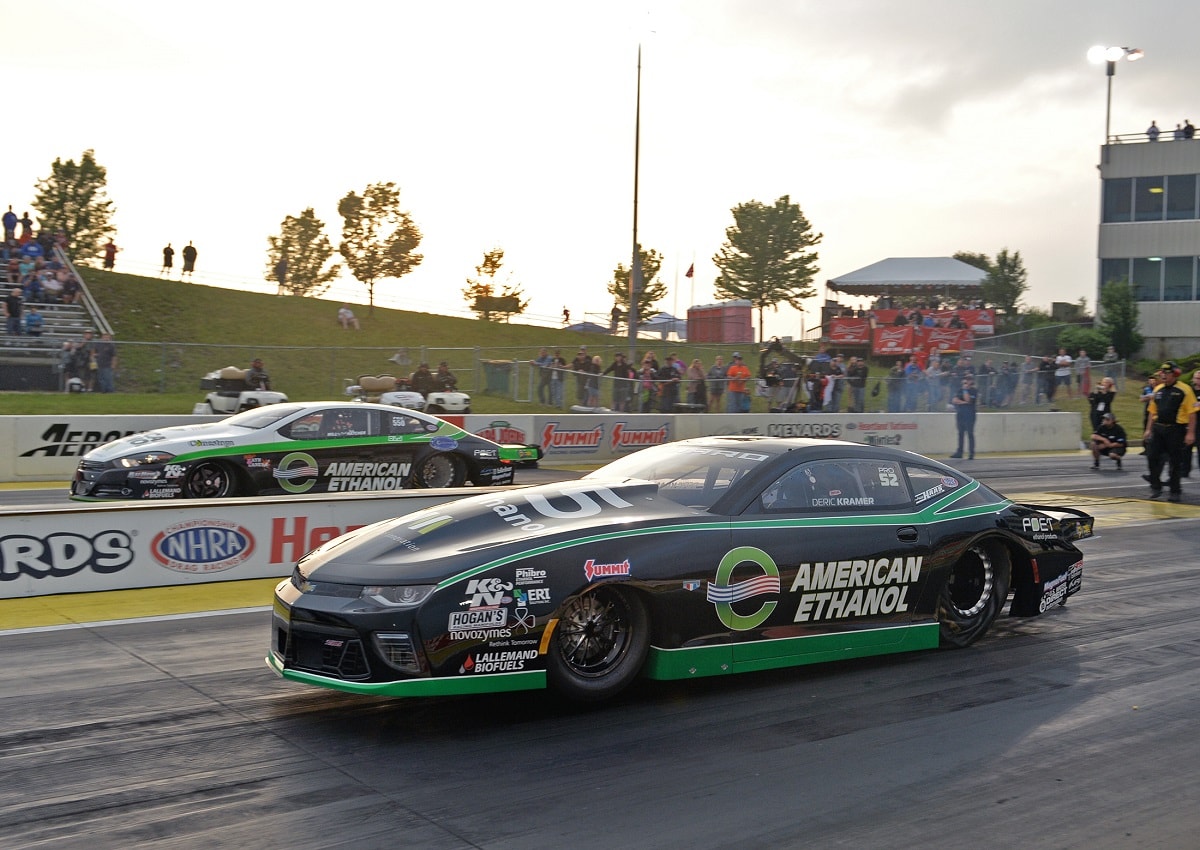 Despite two drivers earning yet another career victory, one driver would earn his first victory following a hard-fought battle at Heartland Motorsports Park. Prior to entering this weekend’s event, the Burnout King Deric Kramer had 13 career round wins, but a final round win would continue to elude this 33-year-old driver.

That is until taking down Will Hatcher, Matt Hartford and Jason Line before taking on Erica Enders in the final round. Although Enders was a powerful force at the recent NGK Spark Plugs NHRA Four-Wide Nationals, she would fall to the Burnout King after Kramer’s final elimination pass of 6.615-second pass at 209.36 MPH to give the American Ethanol sponsored driver his first final round win.

“I have been working a long time for this,” said Kramer. “The first win has left me a little speechless, but I am already looking for the next one.”

Kramer will have a chance to earn his next win as the 2018 NHRA Mello Yello Drag Racing Series season continues with the JEGS Route 66 NHRA Nationals at Route 66 Raceway (May 31-June 3) in Joliet, IL. Stay tuned to RacingJunk.com for all your NHRA coverage!