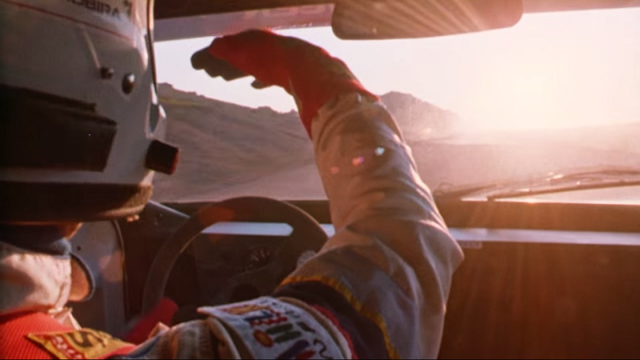 What could be more exhilarating than one of the most extreme Group B rally cars climbing one of the most dangerous courses in record time? We look back at Director Jean Louise Mourney’s  1988 film suitably titled ” Climb Dance” documenting Ari Vatenen’s record breaking time at the historic course. Ari’s electrifying run would prove to be quite a record, in fact, the record stood for six years till eventually being broken in 1994. The film was beautifully shot with POV angles, helicopter shots, and candid exterior shots of Vatenen’s Peugeot sliding and gliding through the gravel. There are many moments throughout that will have your stomach in knots trying to figure out how some one can be so fearless drifting next to a cliff in a car with over 500hp.