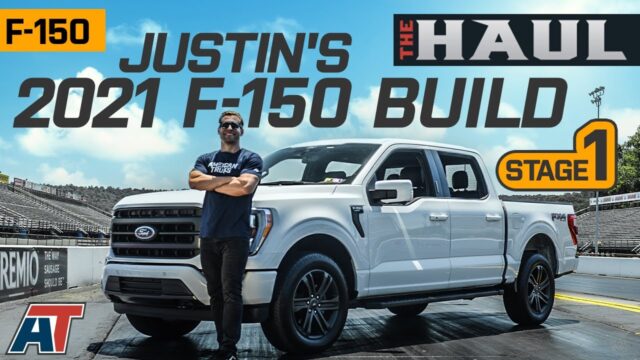 American Trucks just released their latest edition of “The Haul.” AT host superstar host, Justin Dugan shows off his new 2021 F-150. A truck so impressive he even traded in his 2017 Ford Raptor!  Justin brings the community along for the first stage of his build, adding a Corsa Sport ExhaustSystem and Whipple Supercharger kit.Tuned to add a total of 250HP, Justin heads to the track to see what the truck can do at the quarter mile. With the release of this episode, AT hopes to fuel its truck-loving community with ideas and inspiration for their own ride home.

Justin’s last Raptor build was a fan favorite but this time around, the build will be more “street inspired, with a whole lot of horsepower,” says Justin. With the addition of a Corsa Sport Exhaust System and Whipple’s all-new 3.0L Supercharger kit, the goal for the stage1 is to double the power and then head to the Maple GroveRaceway to test out the results.

With horsepower and sound checked off the list, Justin is ready to “throw a whole ton of modifications” at his rig. Truck enthusiasts can follow along to see how they can take on their own projects with confidence. AT invites viewers to subscribe to its YouTube channel to stay up to date on all things F150, including the much-anticipated stage 2 of Justin’sbuild

About Brought to You by American Trucks 18 Articles
AmericanTrucks.com is an aftermarket retailer focusing on the needs of all late-model Silverado & Sierra owners and enthusiasts. They are located just 45 minutes outside of Philadelphia, PA.