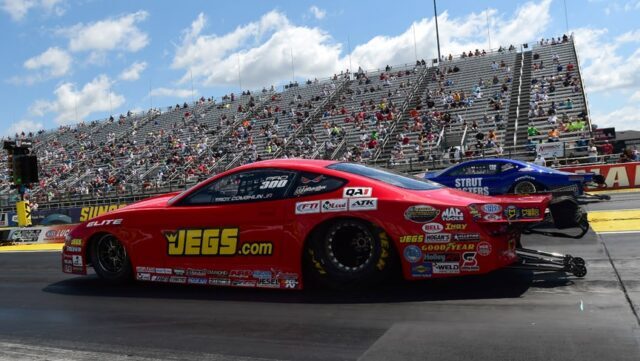 The 2021 NHRA Camping World Drag Racing Series season begins next weekend at Gainesville, Fla., site of the 52nd annual Amalie Motor Oil Gatornationals. After an elongated off-season that’s stretched from the first day of November to mid-March, racers are extraordinarily focused on win lights once again.

There are a bunch of personnel changes in just about every class: Top Fuel, Funny Car, Pro Stock and Pro Stock Motorcycle. This is especially true in the Pro Stock category, which now has a four-time female champion in Erica Enders, yet has said farewell to two of the reigning champ’s most ferocious challengers.

Summit Racing’s Jason Line, who shadowed Enders and her Elite Motorsports team each and every time she secured a title, has stepped away from driving and is, instead, concentrating his sublime engine building and tuning skills on helping his team wrench away Enders’ and Elite’s championship hold.

Elite Motorsports also lost one of its exceptional racers at the close of last season, when Jeg Coughlin Jr. kept his word and hung up his driving gloves – for real this time. Coughlin Jr. has threatened to step out of the saddle several times, but 2020 was the first and only time the five-time Pro Stock champ actually themed his withdrawal – the Breaking Barriers Tour – and kept his word of exiting Pro Stock.

But that withdrawal by Jeg Coughlin Jr doesn’t mean a lack of family members in the pits and on the track. Nephew Troy Coughlin Jr is ready to take over the bright yellow-and-black Chevrolet Camaro, looking to keep the family name and fame in NHRA’s vaunted Winner’s Circles across the country. Troy Jr will start that quest this weekend, during the 2nd annual CTech Manufacturing World Doorslammer Nationals presented by JEGS, taking place at Orlando Speed World outside the Florida city’s limits. 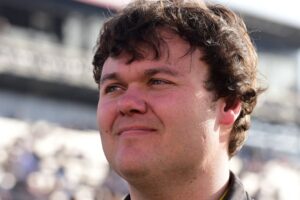 Uncle Jeg won the inaugural Doorslammer Nationals in 2020 before the novel coronavirus shut down racing at all levels for four months. Now his nephew is looking to take the $75,000 prize offered to the Pro Stock winner this weekend. “It’s an absolute honor to take Uncle Jeg’s place in this car and as the defending champs of this really cool event,” Troy Jr. declared. “He’s a legend in this sport and one of my all-time heroes. He left us in great shape to contend for round wins and races right out of the trailer.”

Troy Coughlin Jr. and his Elite Motorsports team, led by crew chief Rickie Jones,  intend to make several test runs Wednesday and Thursday to dial in their tune-up. Qualifying for the event includes a single Friday trip down the quarter-mile racetrack, followed by two added sessions on Saturday. The elimination brackets will be set by random draw just prior’s to Sunday’s opening round of racing.

“There is a huge excitement level for this race,” Troy Coughlin Jr. acknowledged. “It’s the very best of the NHRA going up against all the top door-slammer drivers from across the country. Whenever you have a race where the winner takes home $75,000, you’re gonna bring out all the big hitters. It feels like a huge bracket race with a healthy dose of the outlaw culture. It’s a different kind of spark, and I’m enjoying it.”

While Troy Coughlin Jr. made his Pro Stock debut last year during NHRA’s Return to Racing in July, racing a red – and later an October pink – Ford Mustang with Elite Motorsports, he’s now the lead driver in yellow and gold for 2021, looking to increase Team JEGS’ prominence in the Pro Stock four-wheel class. “I have a real desire to start off strong with this group,” he said. “The best way to show my appreciation for all the hard work they put in is to win that big paycheck on Sunday, so we can spread the love around. I’m so excited to get started.”

2 Comments on Troy Coughlin Jr. Steps Into One of the Hottest Pro Stock Seats