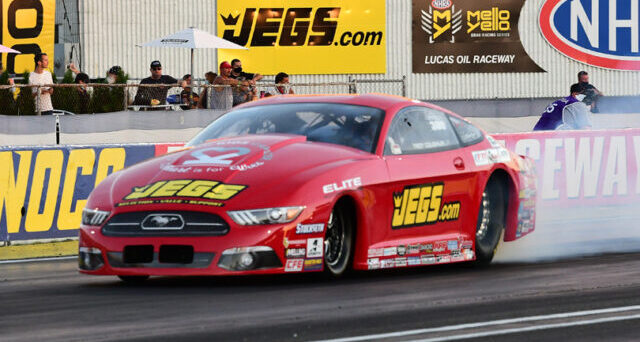 An era is over in NHRA Camping World Drag Racing Series Pro Stock competition, with the retirement of five-time Pro Stock champion Jeg Coughlin Jr. It wasn’t the final year he wanted but, then, 2020 hasn’t dealt good hands to anyone, has it?

Still, the yellow Elite Motorsports-prepared JEGS Chevrolet Camaro will live on with Coughlin’s nephew Troy Coughlin Jr., a racer who has successfully competed in a number of categories in straight-line racing, owns three championships and 17 national, regional and divisional victories. Not bad for a 30-year-old but pretty much expected for the son of three-time NHRA Pro Mod world champion Troy Coughlin and the grandson of drag racing Hall of Fame member Jeg Coughlin.

When Troy Coughlin Jr. takes over the helm of this successful Pro Stock Camaro at the 52nd annual Gatornationals next March, he’ll have the enviable opportunity to expand on his uncle’s 65 national Pro Stock victories over an outstanding 24-year career and will have the talents of crew chief Rickie Jones at his disposal. 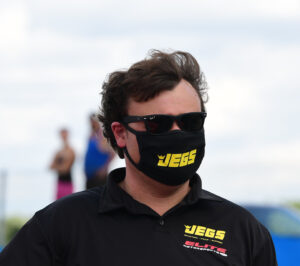 Troy Coughlin Jr. had a short-lived Top Fuel campaign with Kalitta Motorsports in 2017, but ceded the seat before the end of the regular season that year, handing the dragster to Richie Crampton. Coughlin returned Top Alcohol Dragster after 17 regular-season races with Kalitta Motorsports and continued in that class until NHRA’s Return to Racing this July, after five months fallow during the first stages of the coronavirus pandemic.

T.J., as he’s called, has been driving a second Elite-prepared JEGS Camaro in Pro Stock throughout this protracted 2020 season in preparation for next year’s campaign. Rickie Jones, too, worked with the younger Coughlin as he earned his first final round appearance in the third Indy race.

“Competing in Pro Stock is who we are,” T.J. said. “My dad, his dad, my uncle Jeg, it’s a pretty incredible legacy to follow and I couldn’t be more humbled and honored to move it forward. Drag racing is a unique part of what keeps our family together. It’s what we talk about at the dinner table; it’s what drives our customer base at JEGS. It’s everything for us and I think it’s really important to have a JEGS car in the professional ranks to constantly remind everyone we love it as much as they do. I’m so lucky to have this chance.”

This is a team that features youth and family experience, as Rickie Jones, too, was raised in the drag racing community. He would follow his father Rick Jones as Rick found success in IHRA Mountain Motor competition and later in Pro Stock Truck, where Rick Jones both drove and tuned his truck. Both of Troy Jr.’s uncles, Mike and John Coughlin competed in the latter class. Rickie Jones drove in both Pro Stock and Pro Mod from 2008-2013, notching a single, emotional victory in Pro Stock. 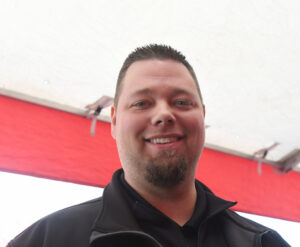 “The similarities between T.J. and me are really neat,” Rickie Jones noted. “We were both pretty much born and raised at the races and both of our dads raced for many years. I know we share a real love for Pro Stock, plus we’re very alike as far as demeanor and personalities go. I think we’re going to have a lot of fun together, hopefully for many, many years.”

When Troy Coughlin Jr. first tested his uncle’s ride at  Bradenton last spring, “He took to it like a duck to water,” Rickie Jones recalled. “He’s a natural. He asked a lot of great questions and has been a real student of the class ever since, watching a lot of the in-car camera video of his uncle’s runs. It’s really no surprise he’s done well considering all the cars he’s raced. He’s got all the potential in the world!”

About Anne Proffit 802 Articles
Anne Proffit traces her love of racing - in particular drag racing - to her childhood days in Philadelphia, where Atco Dragway, Englishtown and Maple Grove Raceway were destinations just made for her. As a diversion, she was the first editor of IMSA’s Arrow newsletter, and now writes about and photographs sports cars, Indy cars, Formula 1, MotoGP, NASCAR, Formula Drift, Red Bull Global Rallycross - in addition to her first love of NHRA drag racing. A specialty is a particular admiration for the people that build and tune drag racing engines.