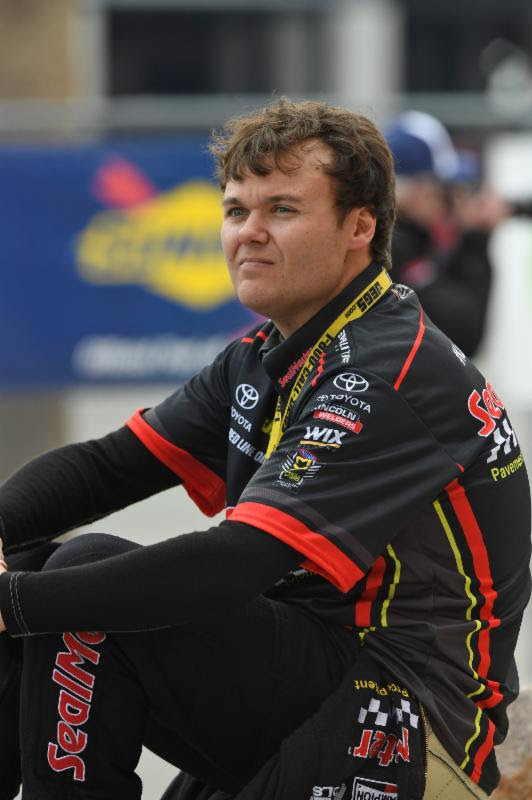 After racing the Kalitta Motorsports entry for the first 17 races of the season, Troy Coughlin Jr. has departed the seat of the SealMaster Top Fuel dragster, citing a desire for more experience in the Top Alcohol Dragster ranks.

“I want to thank everyone at Kalitta Motorsports for such an incredible opportunity,” Coughlin said. “It was a dream come true to race for Connie Kalitta and Jim Oberhofer. My teammates, Doug Kalitta, Shawn Langdon, Alexis DeJoria and JR Todd as well as everyone at SealMaster have been extremely supportive.

“Obviously, my rookie year hasn’t turned out like we wanted but everyone showed incredible faith in what we were doing and my development as a driver. I just want to take a step back and get some more seat time in an injected nitro dragster.”

Oberhofer, Coughlin’s crew chief and the vice president of motorsports for the Kalitta race team, said he understands the young driver’s decision.

“Kalitta Motorsports fully supports Troy Jr’s decision to take a step towards growing as a driver and will help him in any way possible to reach his goals,” Oberhofer said. “His action shows remarkable character – doing what it takes to become the best.”

By racing in Top Fuel, Coughlin is following in the footsteps of his famous grandfather, Jeg Coughlin Sr., who raced in the class in the late ’70s.

Troy Jr. is a five-time NHRA national event winner and son of two-time Pro Mod world champ Troy Coughlin. He is the first third-generation Coughlin to win a major event, having won Super Comp titles at the 2009 Las Vegas race and the 2010 U.S. Nationals and the Gainesville event in 2013. He also won two national events in 2014, at the Chevrolet Performance U.S. Nationals and the JEGS Northern SPORTSnationals.

On top of his success in NHRA events, Troy Jr. is regarded as one of the sport’s best E.T. bracket racers. He has accumulated several major victories, including a $25,000 payday at the Atco Dragway Superbucks event and a $10,000 win the Spring Buck Blast at South Georgia Motorsports Park.

“I hope to be drag racing my entire life, so this is not the end by any means,” Troy Jr. said. “This is just something I felt I needed to do at this time. I’ll be back racing in the Sportsman ranks very soon.”